Star Wars Was the Case That They Gave Me: A Look at Audio Media Carrying Cases

Last year Kevin Lentz contributed to this blog a nice survey of Star Wars-related read-along material. If you haven't already, check it out here. He now returns with a look at carrying cases devoted to audio media. Have you ever wanted to tote a record or take along a tape? If so, Kevin's got you covered.

Kids today are so used to streaming music that even the concept of loading MP3s onto an iPod is old fashioned to them. They're accustomed to easy access to their audio, wherever and whenever, as long as they remembered to charge their phones.

It wasn't so easy for us in the 70s and 80s to carry our music around. First, of course, you had to have an actual media player (a Walkman, a boombox, or a suitcase-style record player). Further, and more importantly, you also needed something snazzy in which to carry your actual media. 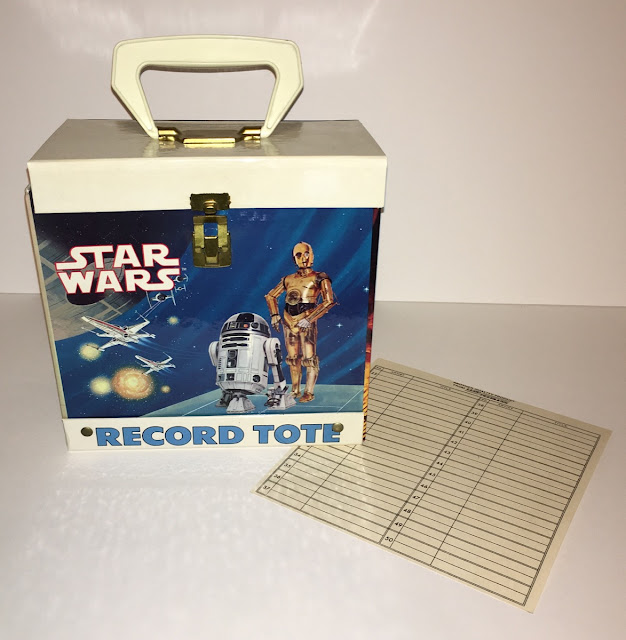 The earliest Star Wars brand media transport was the Buena Vista Record Tote. While the front of the box features the cover to the Star Wars read-along, it's actually from 1982. The side and back panels feature photo stills from The Empire Strikes Back. The Tote came with an insert for listing records, and the case uses a design previously released with Mickey Mouse Disco art. 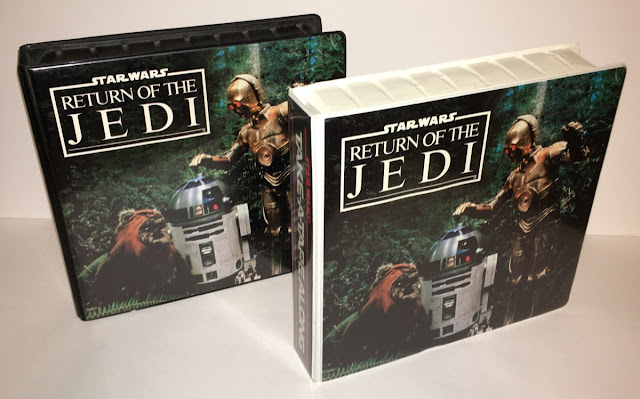 The 1983 Return of the Jedi Take-a-Tape Along (TATA) case also featured new art on an existing case (the 1979 predecessor featuring Mickey and the gang riding in a jalopy, waving their unopened read along sets in the wind). 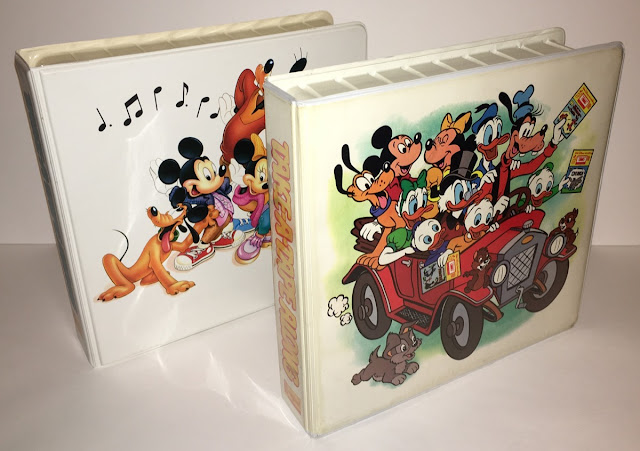 The TATA set holds six cassettes on the left and has an insert on the right that holds 12 read-along books. In fact, Buena Vista sold the TATA set with tapes and books included. As I remember, they were sold through school book fairs, but may have been available elsewhere. 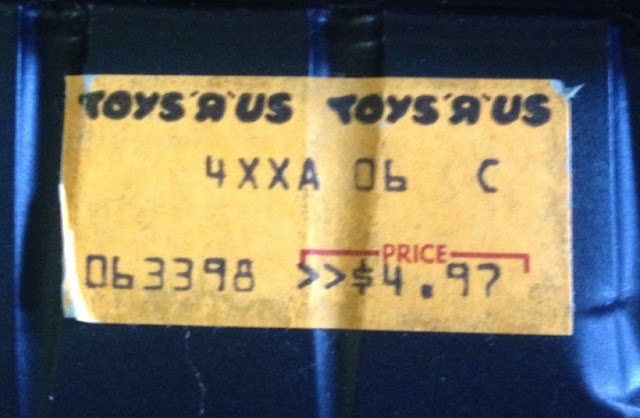 The case itself was also sold in stores, as evidenced by this Toys 'R' Us price sticker (image provided by Amy Sjoberg). The white Return of the Jedi TATA case is from Canada; the black one is from the U.S. 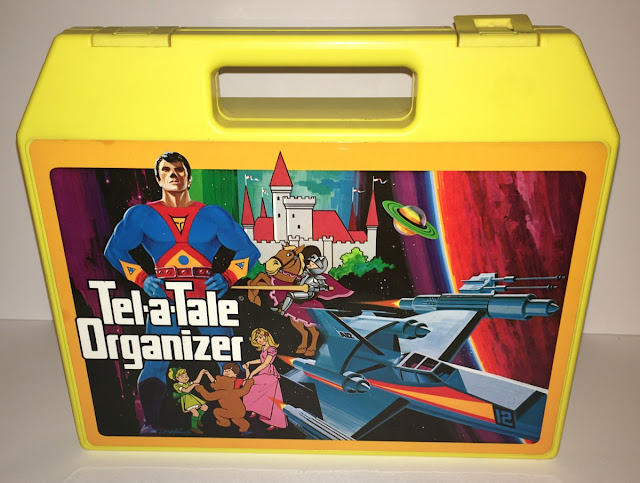 Honorable mention goes to the knockoff Tell-a-Tale Organizer because it's made of much sturdier plastic than the TATA case and holds more media. The ship is more Buck Rogers than Star Wars, but maybe that's an Ewok wanna-be dancing with the princess beneath Superdude's crotch? 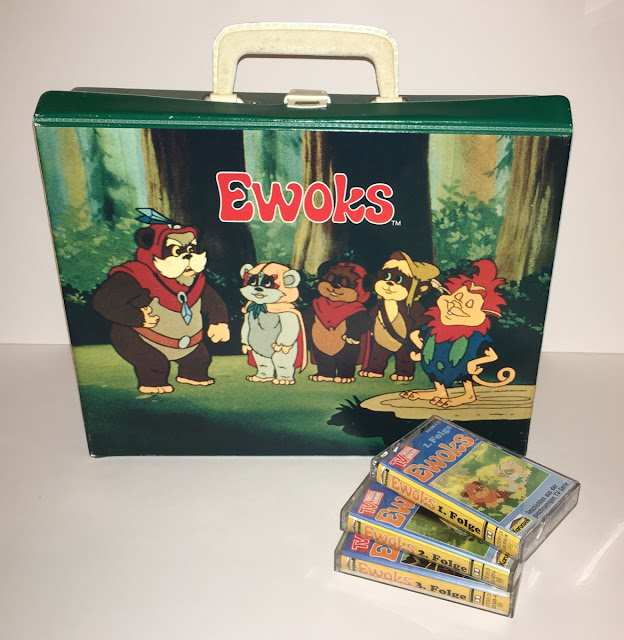 Speaking of Ewoks, here's a cool 1987 cassette case from Karussell, the German company that produced the three Ewok cartoon hörspiele, which are basically radio drama-style audio stories that remain popular with children and adults in Germany today. 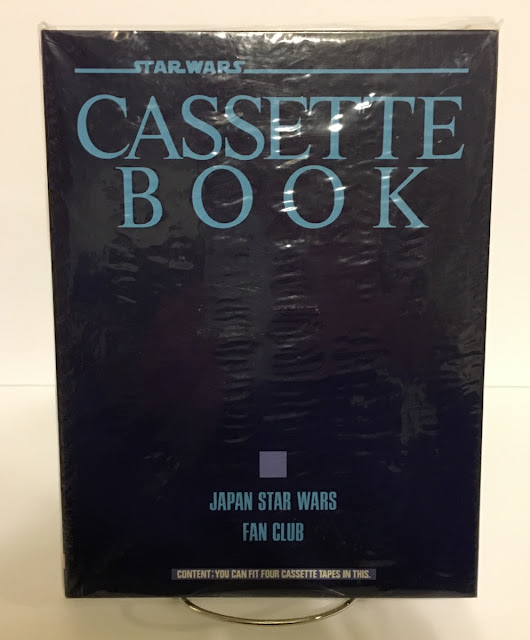 Less visually interesting, but pretty scarce, is this 1986 Cassette Book, which was available through the Japan Star Wars Club.

As we moved into the CD era, we got numerous CD wallet options. I don't know much about them - CDs are a bit too newfangled for my collecting habits, but I wanted to give them a shout out here regardless. Thanks to Duncan Jenkins for the images. 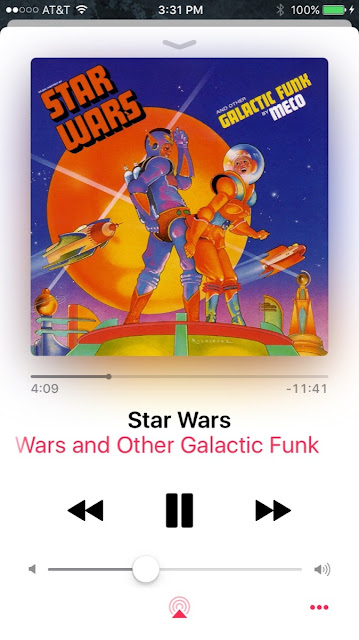 Today, all you need is a phone and a signal, and you can access pretty much any media you want. I'll grant, there's a niceness to the convenience of easy access to Galactic Funk whenever I'm feeling it. Three clicks on your phone don't have the same tactile satisfaction, though, of filling up your Record Tote or Take-a-Tape Along case with your favorite stories and packing them over to your friend's house for a sleepover.
Posted by Ron at 7:59 AM