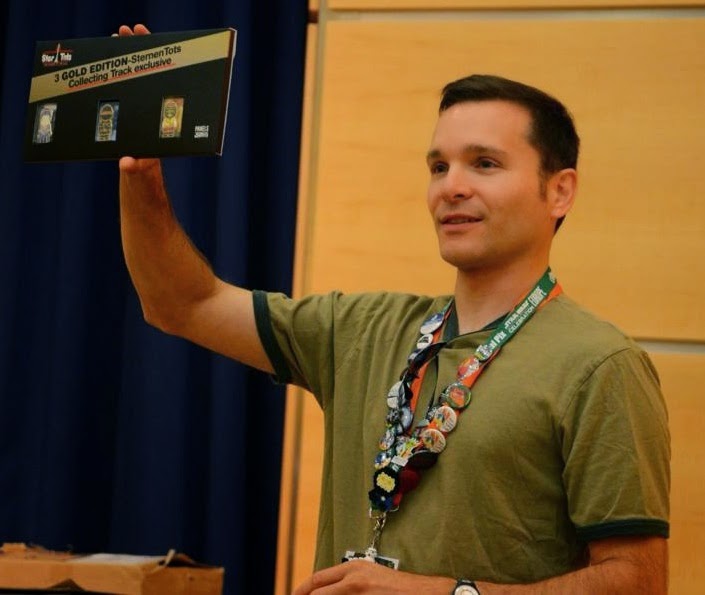 Chris Georgoulias was a first generation collector, having grown up with the films and toys as a child, then re-activated his collecting in 1990. He has been a contributor to the Archive since its earliest days and was made an editor soon thereafter. He has been part of the Collecting Track at all Celebration events to date and has headed the panel giveaway program since Celebration IV. Chris traveled to to conventions worldwide and to filming locations as far away as Tunisia and Guatemala. Chris is always on the hunt for unique and unusual Star Wars items for his collection where he primarily focuses on vintage Kenner items and movie props. 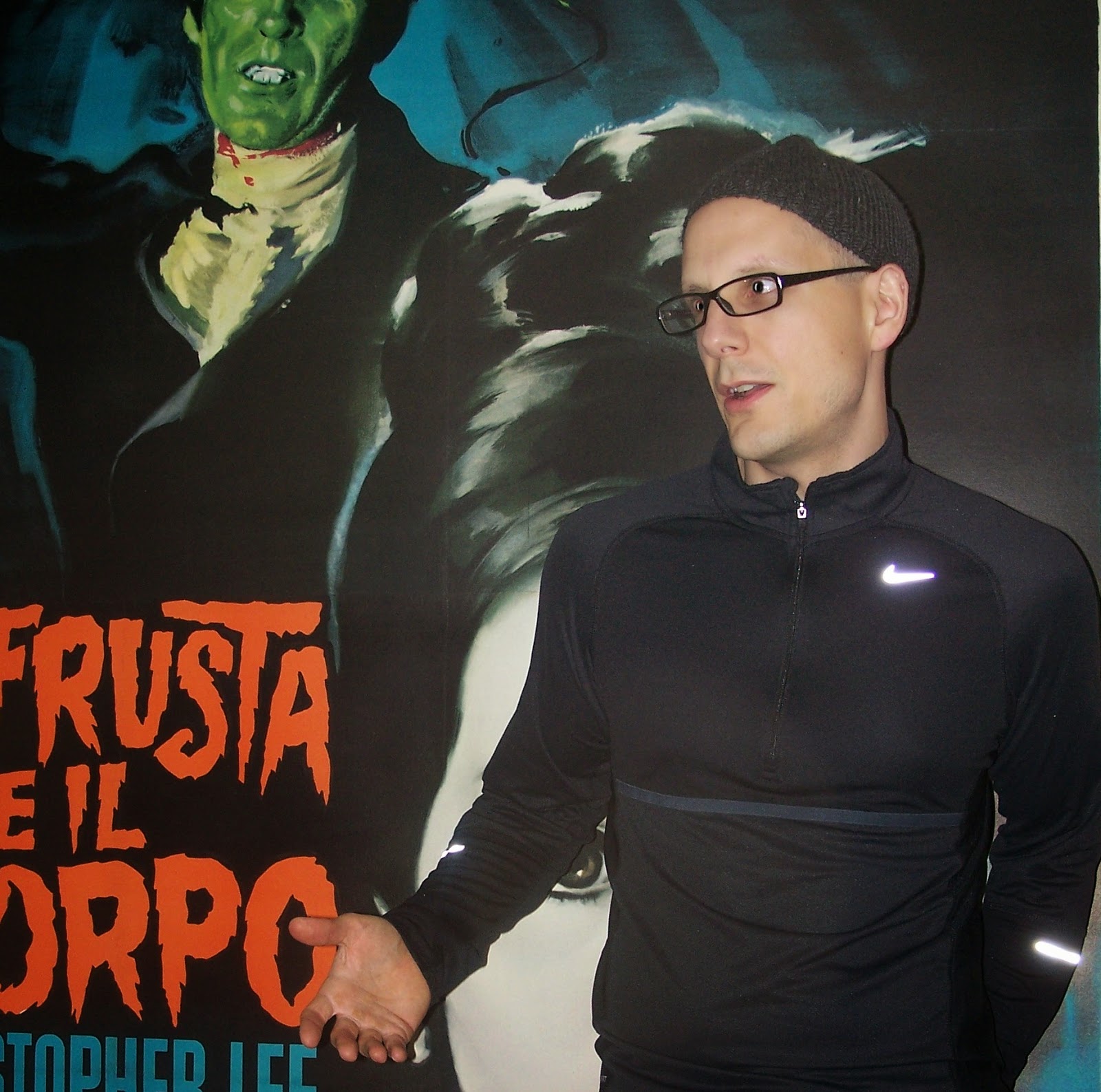 Ron Salvatore, who has been associated with the Archive since 1997, collects items related to the vintage Kenner line, especially those that were never available commercially, like store displays, marketing material, and prototypes. A film buff, he also enjoys collecting vintage movie posters. He lives in southern New York with several houseplants and a Roomba. He can be reached via email at rsalvatore11@hvc.rr.com. 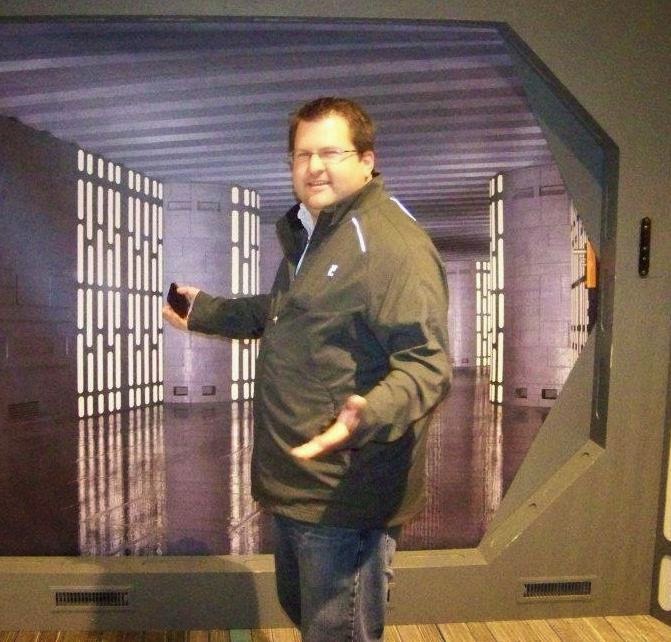 John Wooten has been affiliated with the Archive since 1997. He has collected various Star Wars items since he was a six year old in 1978. While he isn’t actively collecting vintage Star Wars toys or prototypes, his interest in them has developed into a fascination with Kenner Products.  He collects internal, employee items, prototypes and pieces of historical significance to the company before itsacquisition by Hasbro in 1991. John is also an blogger on KennerCollector.com which focuses on many types of Kenner collectibles and the history of the company.  He currently lives in central Ohio with Julie and two goofy labs. He can be contacted at johnwooten@gmail.com. 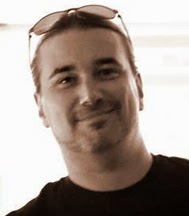 John J. Alvarez has been a collector in some way since childhood but the true passion didn’t take shape until the POTF2 line was released. This didn’t last long and once the SWCA was discovered it all changed. Bootlegs and prototypes became his real passion. His mother, a toy dealer specializing Chinatown knock-offs of 70’s and 80’s toys, was the trigger for his adult obsession with unlicensed memorabilia. His career was the impetus for his other passion. A former proof reader and hoarder of all production stages made the transition into collection toy prototypes a no-brainer. Currently, John is still avidly collecting both and is entering his 17th year as a collector.

Star Wars fandom hooked 6-year-old Todd Chamberlain when he spotted a Factors Hildebrandt poster in Newberry’s department store in downtown Portland, Ore., months before he saw the movie in September 1977. Although his childhood collection was relatively meager, toy collecting was a family passion shared by his grandfather and mother, so it was a natural progression to continue collecting long after his friends moved on to other interests. Todd considers the Kenner toy line to be the core of his collection, but other foci are point-of-purchase display, school supplies, and apparel. 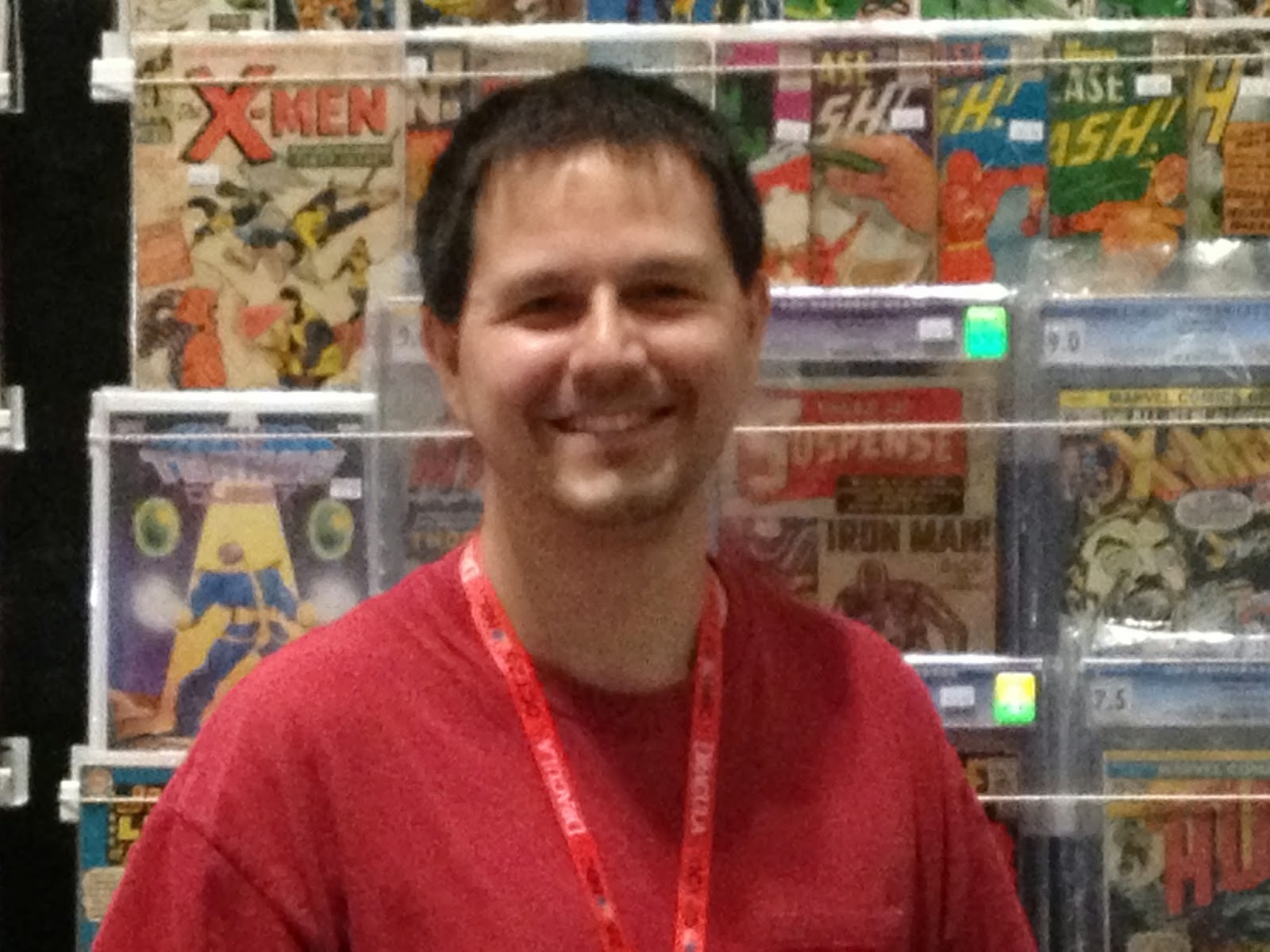 James Gallo was born and grew up on Long Island New York. At the age of 12, he was already very interested in comic books and collectibles and started going to toy and train shows with his father where his collection started to grow. After graduating from college in Pennsylvania, some people expected James to find a traditional job. Instead, he turned his life-long collecting passion into a career, opening his first toy store in Wynnewood, PA. James primarily focuses on Kenner coins and the Droids and Ewoks lines, with a particular focus on the Vlix character from the Droids cartoon series. He also has a love for Micro Collection line and has done presentations on it at past Celebrations. Lastly, in recent years he has rekindled his love for golden and silver age comic books, especially early Batman and Captain America issues. As a result of one focus in 2012, James co-wrote Coining a Galaxy: A Guide to Kenner’s Star Wars Coins with fellow collector Mark Salotti, and recently opened up his third store, Toy and Comic Heaven, in Maple Glen, PA. In addition to being an editor for the SWCA, James is a moderator in Rebelscum.com’s vintage discussion forums. He can be reached via email jgallony@aol.com or at the shop at 215-643-7000 during regular business hours.

Isaac has been collecting Star Wars toys since 1997, concentrating almost exclusively on the vintage line since 1999. He focuses his collection on store displays and on items that show how the toys were conceived, produced, and marketed. In addition, he enjoys collecting pieces that are representative of the reach and influence of Star Wars merchandising during the 1970s and 80s. An attorney practicing commercial litigation and intellectual property, Isaac has been deeply involved in the hobby for over half his life. Apart from the Archive, he has volunteered at the Collecting Track panels at multiple Celebrations, worked at Cloud City Collectibles and Collectible Investment Brokerage, and served as freelance translator for the official Star Wars fan club in Mexico. Isaac has traveled the world visiting other collectors and their collections and is proud to call many of these people his close friends. Aside from Star Wars, Isaac enjoys picking up Welcome Back Kotter memorabilia... from time to time. 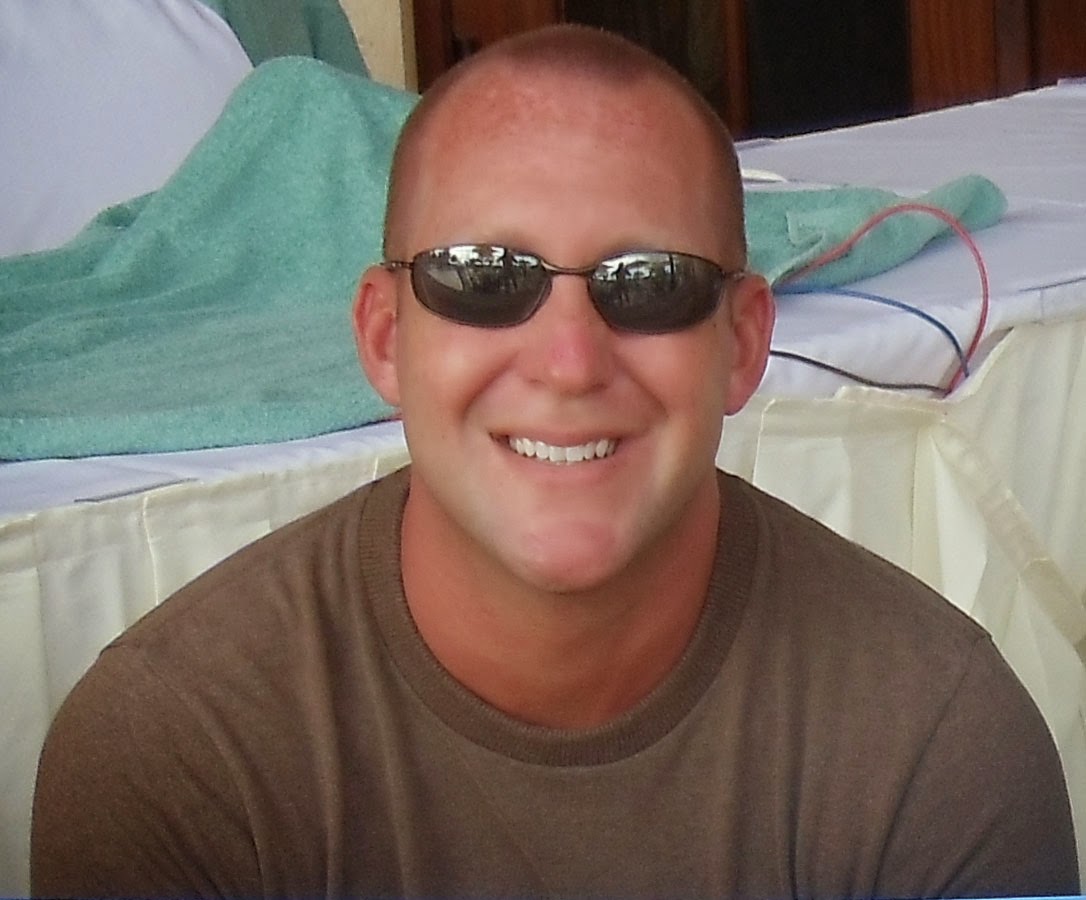 Star Wars and its accompanying merchandise captivated Mike, like many other fans, at a young age. As the years passed, the toys of his youth became treasures to seek out and collect in their unopened state. As Mike's collecting tastes continued to mature, his interest in the design development of many Kenner lines, including but not limited to Star Wars, sprouted and continues to drive his collecting today. The toy collecting hobby has brought Mike countless hours of joy, so he strives to give back via contribution of his time to sites like The SWCA and Rebelscum. 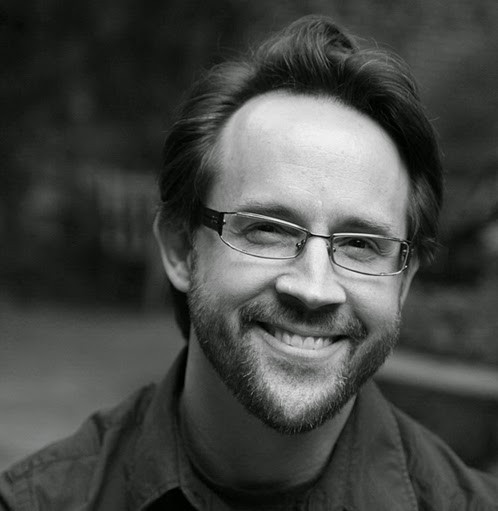 Pete Vilmur is currently a publicity writer at Lucasfilm, where he previously worked as senior editor for Lucas Digital Media for nine years. He co-authored three books -- The Star Wars Poster Book, The Star Wars Vault, and The Complete Vader, and is also a board member of Rancho Obi-Wan the world's largest Star Wars collectibles museum. 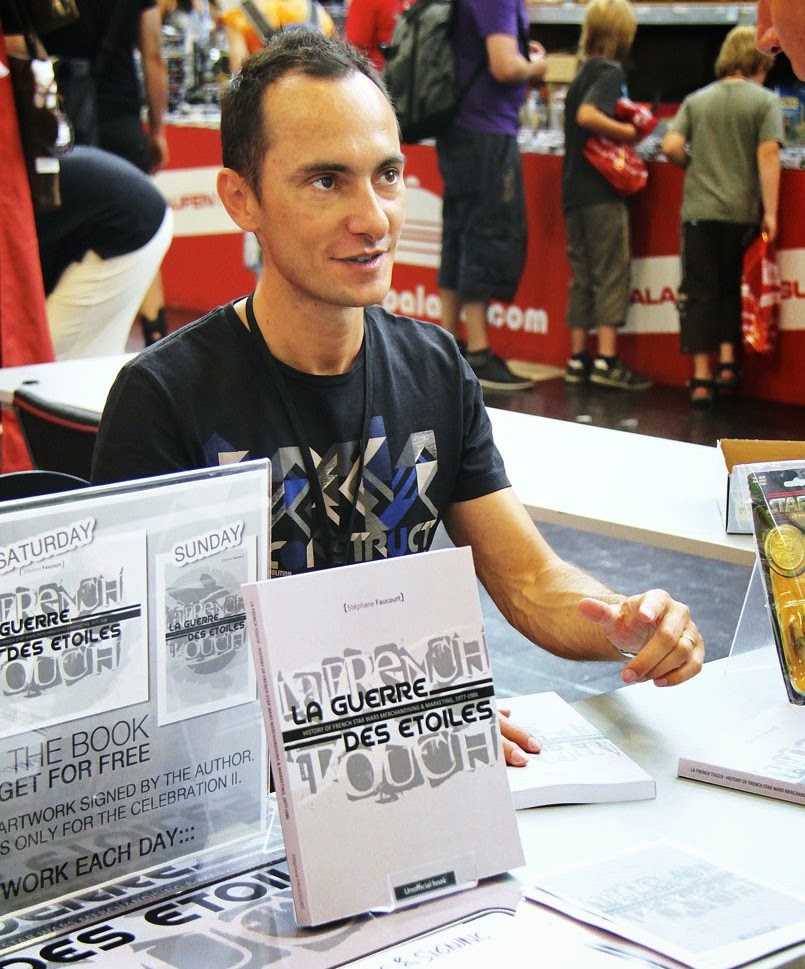 Stephane Faucourt grew up in France in the 1970s and was part of the first generation of Star Wars fans. In the mid-1990s, he started to collect vintage Star Wars toys and merchandise that was marketed in France and across Europe, eventually assembling one of the largest European collections of toys and documents related to the French Meccano and Trilogo lines. He published his first book, From Meccano to Trilogo, in 2006 featuring action figure toys released in France from 1978-86. The book was an instant-hit, featured at Celebration Europe London in 2007 and various magazines. In 2013, he published his second book, La French Touch, which is the outcome of 2 years of extensive research and contribution from collectors in order to present the entire range of merchandising and advertising that was released in France during the Original Trilogy era. Stephane has also contributed to various websites and magazines by providing content, and was a Collecting Track panel presenter at Celebration Europe London (2007) and Essen, Germany (2013). 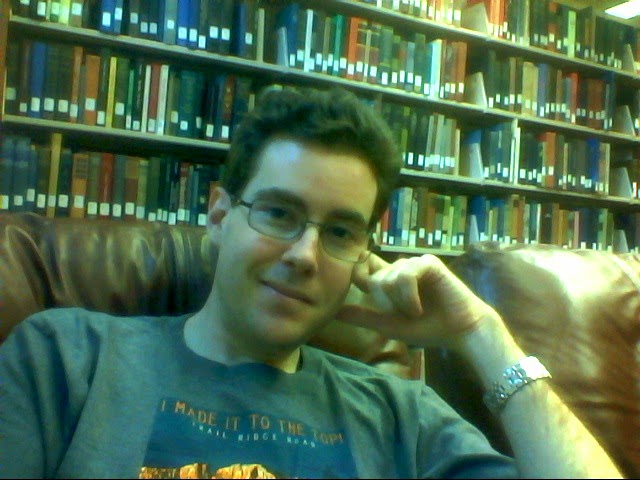 Tommy Garvey is an attorney living in Florida and has been collecting for 20 years. His main areas of interest are vintage prototypes, rarities, items related to Kea Moll, Galoob's Star Wars lines and the history of the hobby itself. He also collects original comic book artwork, Toy Biz Marvel prototypes, Disney memorabilia, and prototypes from other Kenner lines. He oversees the SWCA's Hobby History Archive, as well as acting as a Moderator on Rebelscum's vintage forums and as an Admin for the Star Wars Micro Machines Facebook group. 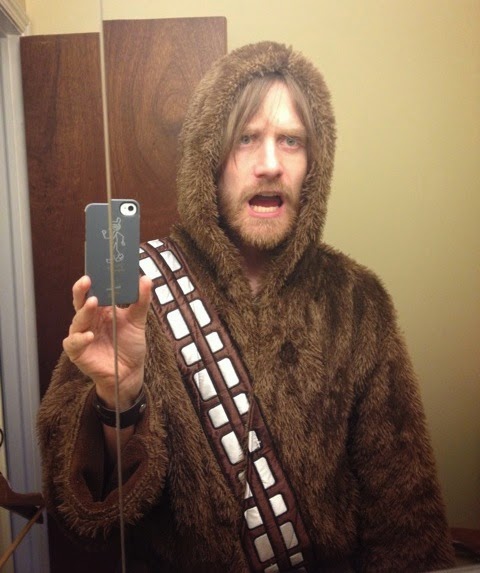 Skye Paine is best known to Star Wars collectors as one of the hosts of the Star Wars Collectors Archive Podcast. His vision was to create a kind of audio magazine that focused on vintage Star Wars memorabilia and that could serve as a podcast version of this very website. He has collected Chewbacca since the mid 1990s and curated his online Chewbacca website, "The Chewseum" since 2004. He is particularly fond of obsessing on small linguistic details and the deeper themes of the Star Wars saga. He is an unapologetic prequel supporter and bears a strange grudge against Han Solo. 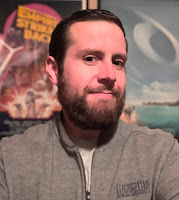 Born in the summer of 1985, Stephen Danley's introduction to Star Wars came via the small screen and a Magnavox VCR. His Saturday mornings typically entailed popping in Return of the Jedi and reliving some form of what he had seen with a handful of hand-me-down Kenner action figures and ships that survived his older brother’s adolescence. One fateful night, a trip to the local Kay Bee Toys unearthed remnants of lame bargain bin Jedi, Power of the Force and Droids figures – all of which came home with Steve. The euphoria of that experience is what has always driven him as a collector and directed his terrible taste in figures to focus on, namely the B-Wing Pilot. Steve co-hosts the Star Wars Collectors Archive Podcast, maintains the Star Wars at the Movies website, and currently organizes the California Vintage Star Wars Collectors Club. 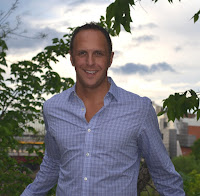 Albeit endearing it's also tongue in cheek that Peter Fitzke refers to himself as “Fratboy24,” AKA “Fratastic Pete.” His first experience with Vintage Star Wars toys as a collecting hobby started when he saw several pieces in an antique shop in Mankato, MN near his home town. He started collecting in the late 90s while still in high school. His collection was mainly a mix of items that he had kept from his childhood as well as items he found in antique shops during that time period. Today, along with “Brisbane-Brisbane” Mike Lonergan, Pete is responsible for the Vintage MarketWatch - a monthly update on the Vintage collecting market. He is an avid collector focused on the Return of the Jedi toy line with an emphasis on packaged toys and proofs. 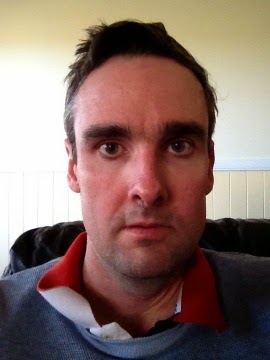 Michael “Brisbane-Brisbane Mike” Lonergan was born in 1974 in Brisbane, Australia where he still lives today with his wife and 3 boys. Star Wars and its toys have been a part of Michael's childhood and now adult life. It started with a childhood collection including the Kenner (repackaged by Toltoys) figures along with an Imperial Attack Base (his pride and joy). Michael never stopped buying pieces here and there, but it wasn't until 2003 when buying online enabled his collecting to really start. Michael's focus is Empire Strikes Back items, with Luke Bespin and Hoth Han two central parts to his collecting. Michael began compiling auction data for the ‘Chive Cast’s MarketWatch segment in 2012 and concentrates on the show’s “Figure of the Month.” 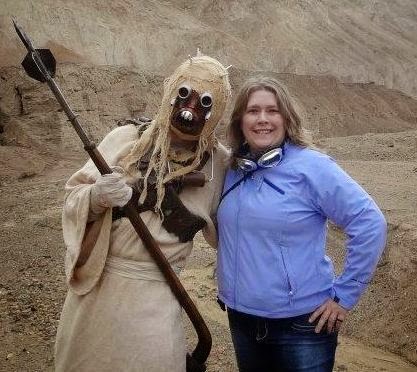 The year was 1995 and Amy Sjoberg was reintroduced to Star Wars from VHS tapes and the local toy aisle. She honed her collecting knowledge with Star Wars Insider and Galaxy Collector magazines where she discovered that her home town, Seattle was a sort of bizarre epicenter of Star Wars collectors. After college, when budget and time allowed, she joined the SARLACC Seattle Star Wars collecting club, the R2 builder club and began collecting Return of the Jedi and Ewok merchandise in earnest. Today, she focuses on handmade Star Wars items, art, and collectibles and co-hosts the Star Wars Collecting Cosmos podcast. If you happen to see her at a Star Wars Celebration, she will gladly give you a handmade Star Wars pin for your lanyard.