A Golden Grail: The ESB 45 Back Removable Limbs C-3PO 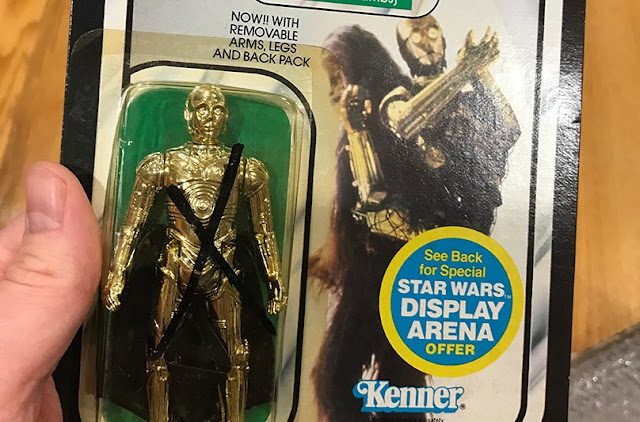 Guest blogger and CreatureCantina.com Editor Bill Cable is here to recap his recent significant find of a production carded figure long thought to have never existed: the 45 Back C-3PO (Removable Limbs).

On Monday April 9th, 2018 the history of Vintage Star Wars collecting was rewritten. An Empire Strikes Back 45-back C-3PO with Removable Limbs appeared on eBay. It's that particular figure's American debut cardback. Prior to April 9th, 2018, it was believed by EVERYONE not to exist. 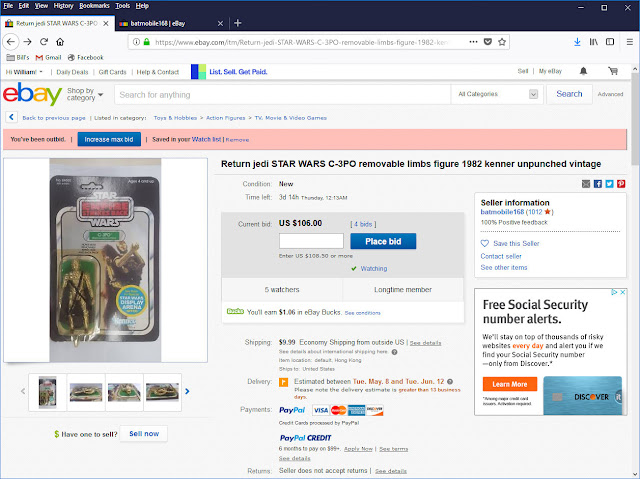 Why is this ESB45 Removable Limbs C-3PO Kenner MOC figure significant? Well, a bit of history... When I began my C-3PO collecting focus back in 1999, with the goal of picking up 3PO on each different Vintage cardback, the ESB45 was already known not to be common. It was highly sought by debut cardback collectors in particular. No stone was left unturned in the quest to find one. By Star Wars Celebration II in 2002, it was essentially accepted not to exist. That belief was so solid that I was over-the-moon elated to pick up two ESB45 proof cards, as proofs were the only known examples of the Display Arena offer on a 3PO cardback (even though as proofs go, they were pretty common). 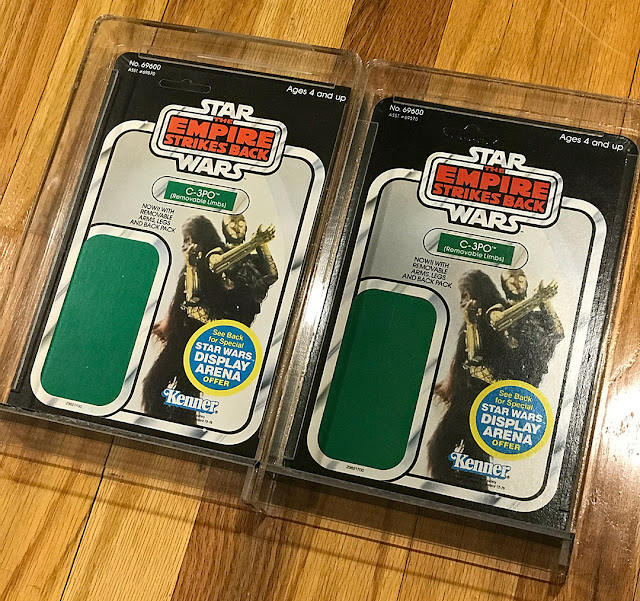 Prior to this arriving on eBay, the only two examples of a U.S. Kenner production ESB45 3PO existed in the form of open cardbacks, which were purchased in Peru and distributed by the Basa company. The cardbacks are straight standard Kenner, and the bubbles were removed by the kids who bought them (I'm friends with one of them). They have a small Basa sticker on the upper-left corner. And nobody knows why the only ESB45 3POs ever to turn up turned up in Peru. Complete mystery. All we can do is speculate. 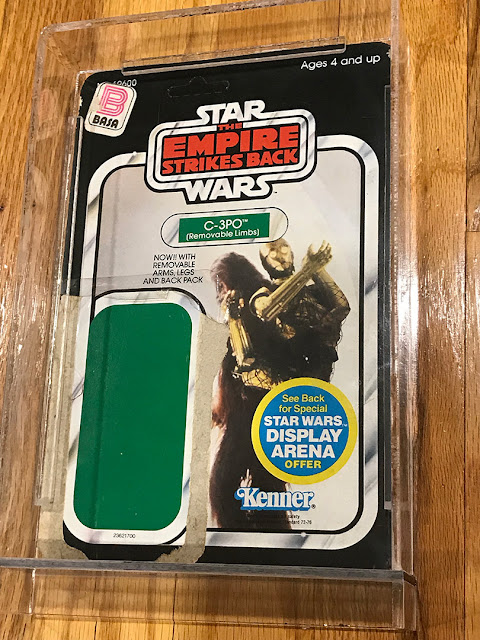 That this figure did not exist was a given in the hobby. It was so thoroughly understood not to be that everyone stopped looking for one. Even when stuff like the SW21-back Stormtrooper was discovered, people still wouldn't go so far as to speculate that an ESB45 3PO might also exist. If not one cardback had popped up after 10 years of people searching relentlessly for one, then everyone concluded it must not be out there. They must have all been shipped to Peru for whatever reason. That was the belief until this figure appeared. 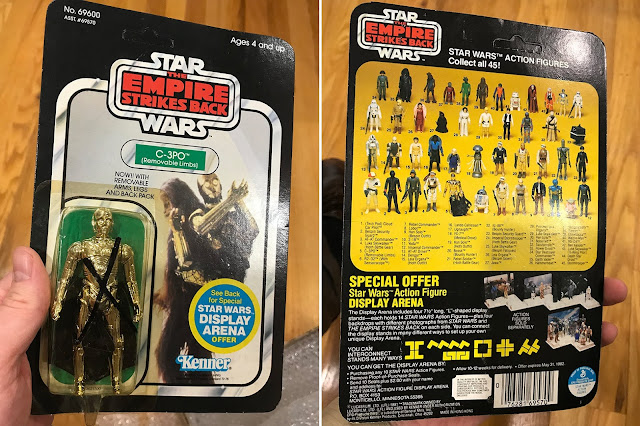 The auction seller picked up this figure at a Hong Kong Vintage toy shop. And that's all we know about where it came from. As the figure was manufactured at the Smile factory in Hong Kong (as indicated by the small 'S' under the proof-of-purchase), we can speculate that it never left that country until it was sold on eBay. The Basa cardbacks feature the same 'S' factory code, and are identical in every way to this ESB45.

It was 35 years before the first example of a Kenner ESB45 C-3PO with Removable Limbs was confirmed to exist.  Unbelievably, a second example popped up on eBay less than a week later... 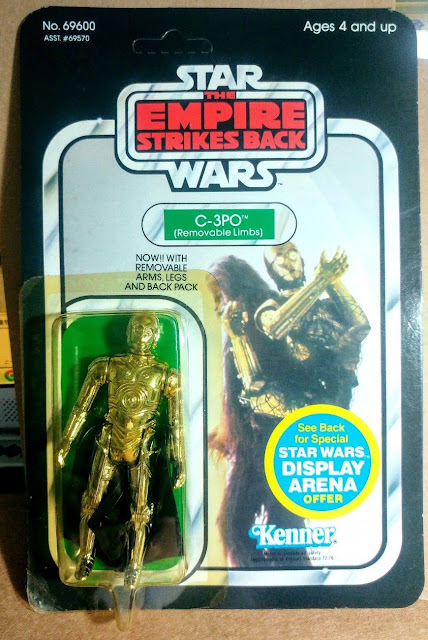 This example was also sold out of Hong Kong. It is in similar condition, but lacks the large black X which was on the bubble of the first. The auction was listed with the same lack of fanfare as the first ESB45 C-3PO. But this time it did not escape notice. 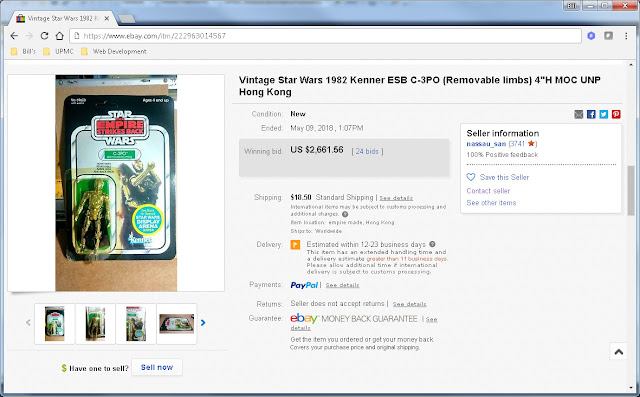 The seller for the second auction reported that he pulled it out of his warehouse. From the sound of his response, he operates an antique toy shop, and he just happened upon some Star Wars toys that he's stored in a corner. This suggests perhaps even more rare figures could soon be uncovered!!

Stay tuned for an upcoming Blog Log Pod from the 'Chive Cast that delves deeper into this story, and be sure to check out Bill's full articles on this remarkable find over on his site CreatureCantina.com: