The Great Grading Debate: The History of Grading Collectibles


On a plane heading back from the Columbus Toy Show I found myself working on the post I’m presenting to you today. Queensrÿche's "Operation: Mindcrime" was playing on my iPhone -- a great album and appropriate for what we’re discussing as the album, like our topic, is multi-layered.

Grading. It’s probably the most discussed/debated topic in the hobby over the past 20 years. It’s been the center of casual conversations, debates, and even protests. Thus, the big question is what’s the big deal with grading action figures and why does the topic elicit emotional responses ranging from joy to rage and happiness to sorrow in the collecting community? As a long time collector, this has been a question that has perplexed me for years, and so I thought it was time to dig in and really get to the root of what grading is, why it’s controversial, and ultimately, why it’s so topical among collectors.

Without calling a lot of us whining entitled fanboys and girls, I would have to say that the concept of community and the culture within our hobby is an underlying factor as to the range of reactions this topic brings up. Call it the "sandbox mentality," call it standoffishness, or just call it pathetic. However you want to classify it, at the end of the day everyone has opinions on this subject. Even before the age of modern day Social Media we found ways to make the world smaller and to present these opinions. Through forums we formulated and expressed these opinions and ultimately tried to shape what others thought about grading. We debate the topic to no end and classify casual relationships, friendships, and other social biases around the topic.

Now, this article isn’t really about the social implications of grading. But before I dive into the topic itself, I find it important to call a spade a spade, as one of the first steps of understanding something is being able to remove your own biases about it and look at it subjectively, and ultimately that’s what is at the core the great grading debate: subjectivity.

In the spirit of this and full disclosure, I’m a big fan of grading...

Over the years I’ve probably fed over 1,000 pieces into toy grading companies spanning almost my entire Star Wars collection. I have no affiliation with any of these companies. I have no ownership interests in any of these organizations (complete or partial), and I never intend to. I am the end user and an end user for over a decade. Therefore my approach here in discussing the topic or the companies involved is neutral, but educated. I take a personal approach of pro-grading which I will explain, however my purpose here is not to make you send in all of your toys to get encased in acrylic, but rather to be honest and direct about something that I personally do.

The History of Grading Collectibles 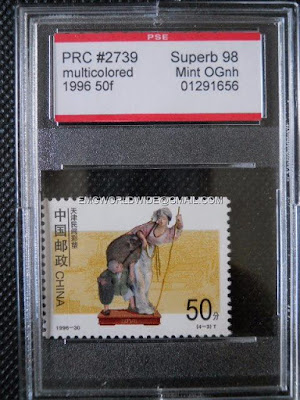 As a species, we are prone towards items of value. It’s an inherent part of our nature. We hear the comment “it’s not about the money,” and truly that isn’t the point of collecting, at least for most of us. For many it’s about the enjoyment of the hobby, the thrill of the hunt, the time spent on Facebook telling others how to live their lives; you know, the fun stuff. The point of this is there is an inherent value in the things we collect in the Vintage Star Wars community, and that’s where grading first started. No, not with toys, but rather with items of value.

Historically we’ve gone through an evolution of how we exchange goods: barter and trade, cash, and today's digital assets. For centuries gold, silver, and jewels were coveted as the most valuable items on the planet, precious in nature, and used in the production of several items into the modern age. These were the equivalent of walking around with a roll of hundred dollar bills in your pocket today. It’s no surprise that these items were also some of the first items to be evaluated by a third party and still are today. This is really the genesis of the appraisal of valuables by another party and that’s the basis of modern day grading.


The modern era of grading collectibles started in the last half of the 20th Century and was first introduced in the stamp collecting category. At the time, stamp collecting was a fairly sizable hobby among the populous, and forgeries were starting to become more common. Through the years a few companies were founded focusing on the stamp collecting hobby, and eventually moving into the next big grading category: currency. Although evaluation and preservation were the key concepts of these early companies, they would start trends that are used by all grading companies to this date. One of which was the method of using serial numbers on their items. Though a simple concept by today’s standards, at the time the use of serial numbers was quite effective for its main purpose of preventing fraud. In the modern era, serial numbers serve multiple purposes: fraud prevention, tracking, but more importantly a digital ID, as they serve as the foundation for accessing information on an item through digital interfaces. This is just one example of how an early idea morphed into a necessity for all modern era grading companies. 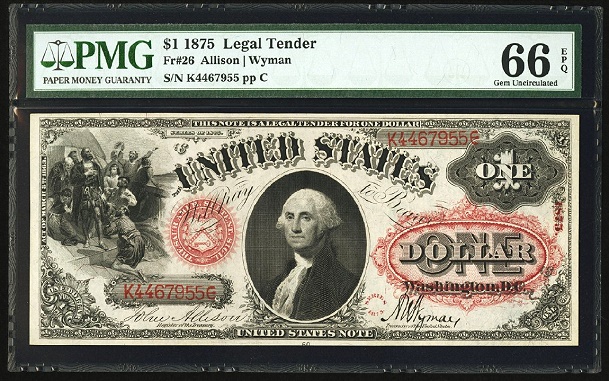 As the hobbies grew so did the companies as well as the base of collectors as a whole. In many ways grading led to a renaissance in many hobbies at the time, as it added an element of confidence that fostered renewed interest and ultimately growth in these collecting areas. It was during this era that a new concept was introduced, and one that is so synonymous with grading today that’s it’s hard to imagine one without the other -- that being the idea of encapsulation.

Encapsulation is an important practice to understand in the world of collectible grading. While serial numbers and COAs led to improved confidence in the authenticity of items, they didn’t create an impenetrable fortress for them.  Encapsulation benefited the hobbyist in several ways.

1.       Confidence (reduce the risk of buying a forged/fake item)
2.       Protection (from breaks, drops, sunlight and other risks)
3.       Presentation (easier to display, better aesthetics)
4.       Preservation (increase the longevity of the condition) 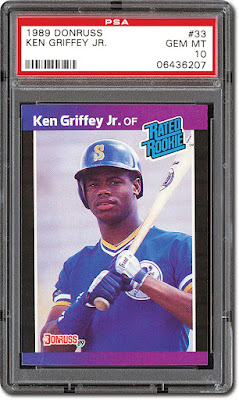 Needless to say encapsulation is a crucial aspect of modern day grading, and with the collectible toy hobby it saw a second evolution driven by variation which led to customization (shape, size, compartments etc.) to support the category. Here we saw the first divergence from the “slabs” that were used in almost every other hobby up until that point.

Speaking about other hobbies, the practice of grading as it exists today was really brought to life by another semi-paper based and highly forged collectible: currency. Collectible currency and coins were one of the first types of collectibles to be graded by a third party and put into slabs, so at the end of the day it was really a continuation of what had been done before them, or in unison with them, depending on which side of the fence you fall on. During this era we saw the last key (but often forgotten) aspect of modern day grading: the use of a hologram.

By the 1990s, slabs, serial numbers, and holograms were mainstays for third party graders -- all of which are present with the major toy grading companies today. Since these pieces of the grading puzzle were put together, the trend of grading collectibles has become even more expansive. One of the first of these new generations of companies was PSA (Professional Sports Authenticator). Many people know PSA as the authority when it comes to autographs and really all things pop culture, but the company started off on a smaller scale in 1991 focusing on sports cards. They are one of the few multi-category grading companies out there touching dozens of categories including covering autographs, cards, and posters today, and maybe toys tomorrow... 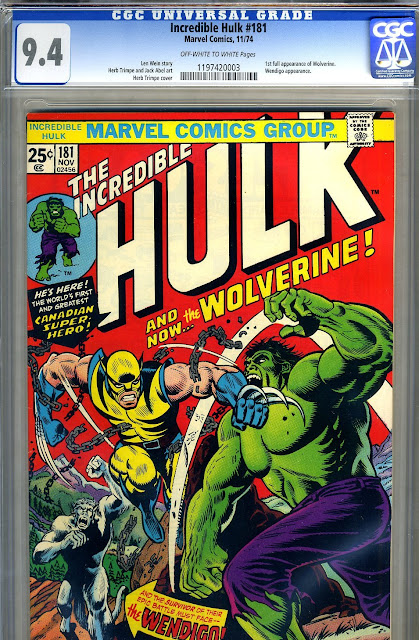 Following the success in the sports card category we saw yet another expansion as the 1990s came to a close, and one that is near and dear to many of our fellow Star Wars hobbyists: comic books. Certified Guaranty Company (CGC) was founded in early 2000 and is one of the premier graders of comic books. I say "one of" as the comic book grading market has been flooded by several companies, each with their own standards and style. This segment has been one of the most successful and expansive in the world of grading, with graded comics present at every major and minor comic con out there. 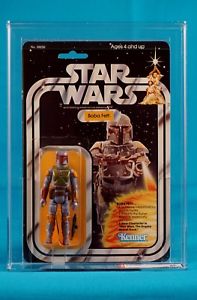 Before the turn of the century we saw yet another categorical expansion, this time into our own backyard.  Taking the ideas we've covered thus far but with a higher level of customization, the company was Collectible Grading Authority and the category of course was collectible toys. CGA has been the originator in the concept of incorporating grading into action figures and other popular toy lines. Although CGA employed a multi-category strategy like PSA, they kept their focus on all things toy related, breaking their categories into four separate but connected divisions: video games (VGA), action figure (AFA), dolls (CDA), and die cast (DCA).

The idea of customizing the process is a tricky riddle to solve. You have to be able to grade everything from small items like loose figures to large boxed items such as the Imperial Shuttle. Both take a unique touch when it comes to the design of cases themselves.   Additionally, the category as a whole is much broader and less centralized than the others we've covered thus far.

With over 400,000 pieces graded by CGA alone over the years, it’s easy to see that the world of grading toys is a healthy industry and one that like coins, cards and comics has now spawned several organizations participating in the practice, including Collector Archive Services (CAS) and UK Graders (UKG). With the complexion of this industry changing regularly, it's easy to surmise that the practice will be around for quite a while.

In summary, the practice of third party valuations has been around for centuries, the practice of encasing items in plastic with a numerical grades has been around for decades, and grading action figures just became old enough to vote. It’s an old practice but a popular one. But still not sure why?   Well, keep an eye on the SWCA Blog and our Facebook page for the next chapter in the topic: The Action Figure Grading Phenomenon: What, How and Why.