It's been an interesting season in the hobby starting on quite the downer coming off of the poor box office reception of Solo: A Star Wars Story and the continued negative fandom related to The Last Jedi. The months of June and July were two of the slowest of the past few years, with some definite spikes and declines taking place in certain segments. Leading into September the market saw an uptick, driven by availability of high end MOCs, and generally rare pieces.

With that being said, here are some of the top items to come onto the market over the past few months.

A nice place to start, this is one of the few entry level pre-production pieces to pop up on eBay over the Summer. Graded by CAS, this unpainted head/painted torso combination is both fun and unique in the way that it gives you two types of first shots in one package, Because of its character and overall population, it’s at an obtainable price point for most pre-production collectors. 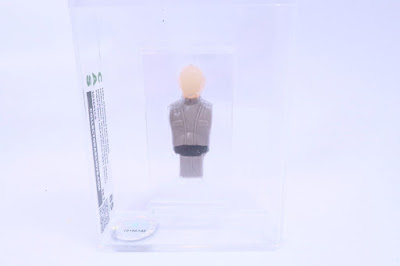 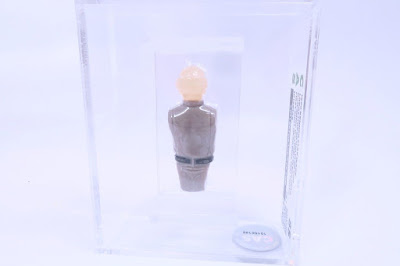 One of the better playsets from the ESB line given its lack of dependency on cardboard and bagged figures, it’s possibly the most literally titled playset in the Star Wars galaxy. What it says is what you get: a big block of plastic ice, a turret gun and the Probe Droid. Sometimes simplicity is the best way to approach naming your playsets, as calling it "Land of the Probots," or "Hoth Ice Adventure" would be a little redundant. A cool variant given its name vs. the more commonly seen but still hard to find "Turret & Probot Playset," it has a very low population with AFA with only 2 examples graded over the years. Interestingly enough, this piece was sold at Hake’s Americana this past July with a total price of just under $4,000. 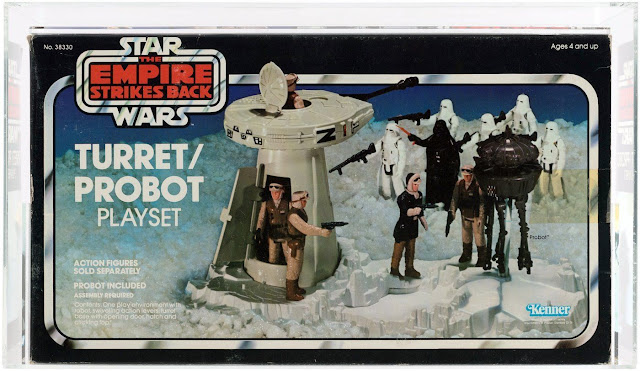 Star Wars Special Offer 3-Pack Creature Set AFA 80 - $5,350 - eBay listing
Always popular with collectors new or old, the Special Offer 3-Packs always seem to be in season in the hobby. They consistently command strong values despite some of the ups and downs of the market as a whole. In this case we have one of the more common sets featuring three of the Cantina creatures. Although one of the most common, it’s also one of the most popular given the character mix. 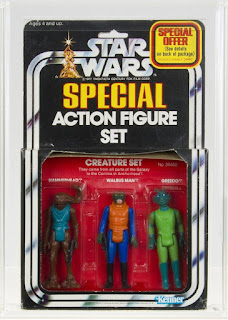 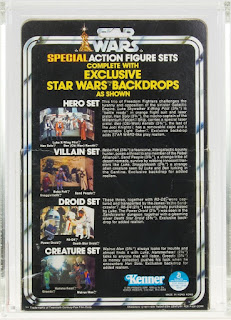 Darth Vader Double Telescoping Lightsaber  CAS 80+ - $6,646 - eBay listing
Another perennial favorite here on the MarketWatch, the Double Telescoping lightsaber figures are a segment of items that always seem to be hot. With prices of loose examples reaching $10K and up in the past few years, seeing one with a modest grade at a more modest price is refreshing. 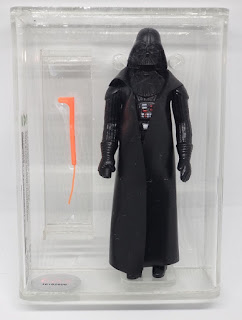 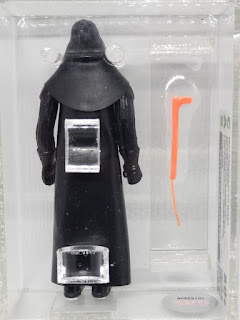 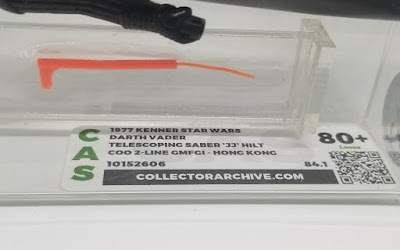 Yak Face Power of the Force MOC AFA 90 - $19,888  eBay listing
Rounding out our single item update, we have the double play of value in collecting: a combination of rarity and condition. This example of the POTF Yak Face is the best graded example in existence. Now that may not mean much to many, but in terms of the general collecting populous that’s still an extremely high mark to hit. Like all POTF examples of the Yak Man this one is quite yellow, but the card is impeccable and the figure is amazing. Coming in just shy of $20K shouldn’t shock most people. There have been some great examples to come up in the last year -- many going into the 5 figure price range -- however what we have here is truly an astonishing piece and thus we have to apply the rules of the lunatic fringe as this is an outlier in the overall population of examples today. 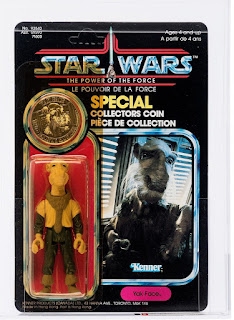 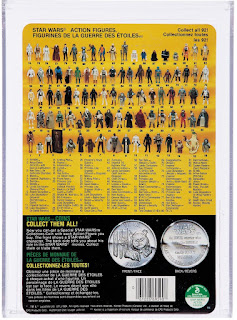 Circling the track we come back to a series of rare items to pop up recently: prototype coins in a myriad of colors, including the very rare bronze versions of Category 1-5 POTF coins. The collective set was impressive to say the least, and to learn more about these check out the James Gallo and Mark Salotti’s book Coining a Galaxy, as even resources here on the Archive are scarce given the rarity.

The prices were all over the place. Some outliers like Paploo and Teebo were surprising given the cost of the some of the core characters such as Ben Kenobi and Stormtrooper, but it’s really hard to gauge where these should have come in price-wise given the lack of direct and/or generally similar items out there in the hobby. With several of these having never been documented before, there has been some interesting discussions among the collecting community on Facebook (for a few, see here and here). 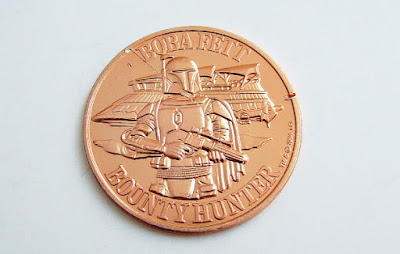 That does it for this update, keep checking back for more updates on the Star Wars Archive.