Happy April Space Freaks! This month we’re switching gears and doing some general coverage of Celebration Anaheim or as many people have deemed it, Celebration 7. The event was incredible from start to finish with a lot of great items up for grabs, interesting panels, and great discussion and socialization amongst collectors young and old. We’ll cover a few main topics from the event including the show floor, Room Sales, and a little post eBay activity with the Star Tots and Gentle Giant Jumbo C-3PO.

When it comes to the overall show floor, it was insane. The hall was packed with dealers and buyers from beginning to end. The amount of vintage on display and for sale was impressive. I personally had never seen so much vintage in one location and from what I was told neither had several veterans of the hobby. In general there were probably 10 main vintage dealers -- Toy and Comic Heaven, The Toy Cave, Emperors Toys, Jeff’s Collectible Empire, Order 66 Toys, and the Toy Chamber just to name a few. In addition, you had roughly another 15-20 dealers that were dabbling in vintage with anywhere from 10-50 pieces on display. Loose, packaged, graded... you name and it you could find it there.

As I told many, I feel like I did two years of collecting in four days of this show. It was an incredible experience and very fun to partake in. There was something for everybody on the show floor, and a mad rush for several of the more sought after items.

One thing that was fairly annoying was hearing about how much was sold off on Wednesday as the dealers set up shop. A lot of really rare pieces traded hands from one dealer to another for their personal collections. Regardless of this occurring at most shows it still bugs the hell out of me, maybe next time me and a few people will go in on an “exhibit” to get a head start as well, who knows.

When it comes down to pricing, it was a real mix up. There was a balance of great deals and steals mixed with some higher than normal prices. Overall I would say prices for more common pieces were on par with eBay. Below are some examples that were fairly consistent dealer to dealer:

All of these were par for the course given where the market has been over the last 6 months. The inverse of this, however, were the rarer pieces that were on display. One would think that dealers in a lot of cases were just showboating things from their personal collections, and as I found out that was exactly the case with two specific dealers. The prices on some rare and even one of a kind items were incredibly high even given where the market is today. Nonetheless, I wanted to highlight five specific things that were noteworthy from my perspective as some of these may not be seen again for quite a while. 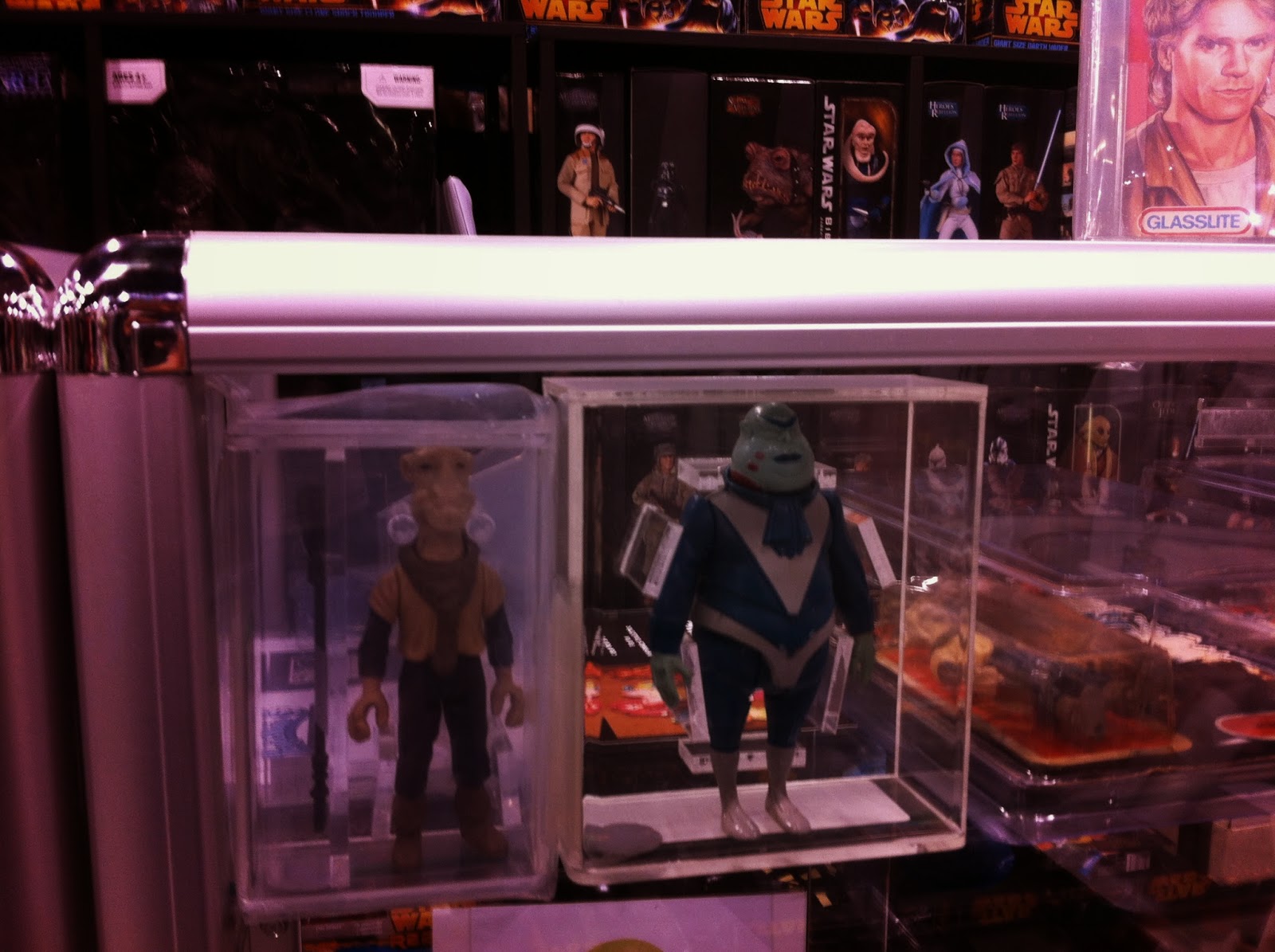 All of which were up there in terms of where things have been over the past two years. But given that we’re living in a bit of a lunatic fringe situation, people may have been willing to pay some of these prices. By the end of the show the only pieces that seemed to move were a lower grade Vlix, which I believe was $8K and several of the Unproduced Ewoks. Thus, there were some deep pockets at the show and plenty to choose from when it came to rare pieces.

In between these two extremes, the most overpriced segment of the show was actually the mid-tier items. Now there were some great deals -- I saw a few MOC items that were priced well below their averages on eBay -- however, that wasn't the norm. Some examples include a guy with a stack of Revenge Proofs that started around the $750 mark for background characters, and went up to $1K for Han Bespin, $750 for Chewy and a few others that just blew my mind.

12 and 21 Backs were plentiful but almost all were priced extremely high for the market today. The other segment that seemed as plentiful and overpriced were 12” MISB figures, with most having price tags of $1K and up with price tags of $2500 and up for Boba Fett and IG-88. Thus, if you were looking to fill in your MOC collection or pick up a Revenge proof you had a lot to choose from, but were going to pay through the nose for what you found.

One of the best parts of any Celebration are the room sales, and this year didn't disappoint anyone. Taking place between 11PM and 2AM on the 2nd floor of the Hilton Anaheim, it would be hard to say that this year didn’t offer some of the greatest finds (outside of the Stephen Denny proof sale) in the history of the event. If you’ve never seen rooms sales take place it’s truly a feast for your eyes. Droves of collectors move from table to table to see what booty other collectors brought to sell or trade.

This year there were several highlights of the event, but here’s a brief synopsis of a few things that I was able to eye up:
One should also note that at these events people bring things that are never set out on the tables. Deals are done before hand via the forums or through connections, and delivery takes place here. One of my friends from the 'Chive Cast Skye Paine took home a few rare MOC Chewies that I never saw put out, and a few Cromalins exchanged hands without ever hitting a table. Thus, it’s always a great idea to network before the event especially if you’re looking for something super rare.

All in all a great event and one to remember.

As with every Star Wars Celebration, there were several exclusives and great giveaways from the Collecting Track. On the exclusives front, we had one new item that really resonated with vintage collectors: the Gentle Giant 12” version of the Droids C-3PO. The item was in short supply with only 50 released each day of the convention. Coming fully carded with a heavy version of the coin, this piece was quite inspiring and was seen more commonly in other exhibitors booths vs. at the Gentle Giant booth. The first two days the item was sold out within the first few minutes of the show. For 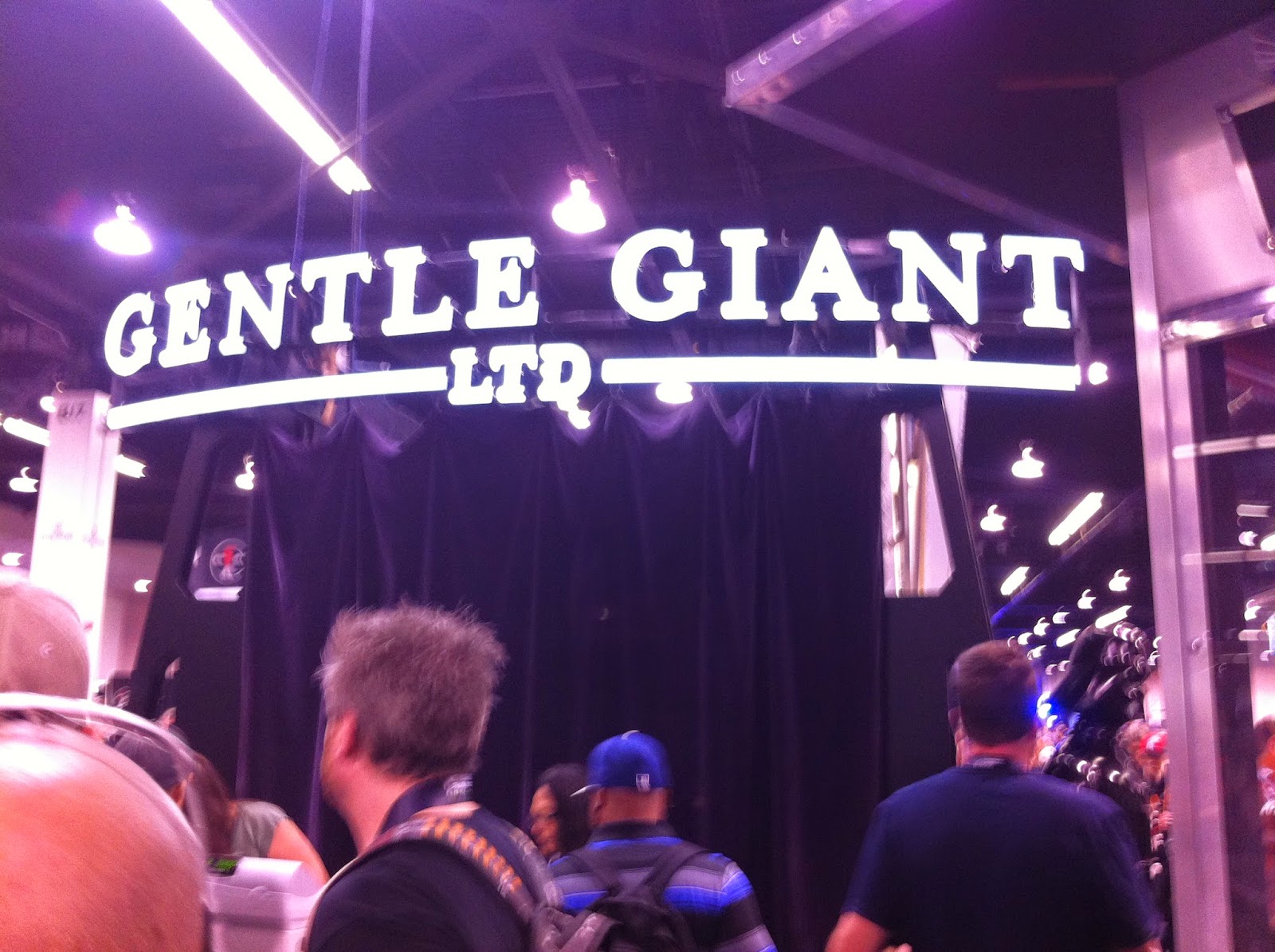 the last two days of the convention, Gentle Giant had the idea to do a lottery. This lead to people having a fighting chance over the exhibitors and it seemed to work fairly well.  Nevertheless the figure is now up on eBay and listed for $250 and up with a price tag of $108 (tax included) at the show itself. With a Comic Con exclusive of the Droids R2-D2 with Lightsaber coming up in a few months, the pair will definitely be some of the most sought after pieces in the GG 12” line.

In addition to the exclusives, one thing everyone was talking about during the event were the Star Tots. 20 mini figures were made for the event with cases for the figures being sold for $20 as well. The demand was so heavy that literally every collecting panel was full during the weekend. People were trading and selling these coming out of the rooms, and they hit eBay immediately upon being handed out as well. Today we can already see full sets going for over $400 and individual figures like Yoda and Boba Fett selling for nearly $100 apiece. A great giveaway that ended with a hand out of the left overs on Sunday night, these were instant classics and are up there with some of the best exclusives we've seen out of any Star Wars Celebration.

That wraps up our coverage of Celebration 7 (Anaheim). If you didn't make it I truly hope you can make it out to one in the future. With Celebration Europe set for next year there’s another opportunity for Vintage Collectors to socialize, network and have a great time celebrating one of the best aspects of our hobby: the friendships and memories of events like this.