Quite the "rogues' gallery" with this month's figure, the second Bespin Security Guard. It was easy to guess we'd find some pretty rough carded examples, including some of our "grails" here at the MarketWatch: offer cardbacks with the Coin Offer sticker as well.

He is one of the few figures I couldn't even be certain if I owned as a kid. It's unlikely it ever made a Christmas or Birthday wish list (certainly not mine). More likely an aunt or uncle would have seen this at a store and bought him for that Star Wars-crazed nephew!

He debuted on the 45 back, so we had a few ESB cardbacks to report on. Next month we move to 47 back cardbacks as we round out the ESB characters and move to ROTJ, thus thinning out available card backs for our figures. We also have added in a Facebook sale, from Ross Barr's "Above Average Sized Pick" sales threads. Ross scored a great lot of figures, with the majority having had the POP removed. Some great quality pieces in here, despite the POP having been removed (majority had them sliced only off at the back).

Onto the market data...

This is the nicest cardback I found this month. Pretty nice example with a decent bubble, and although it has a price sticker, it was in a fairly discrete placement (and for me adds to the piece). 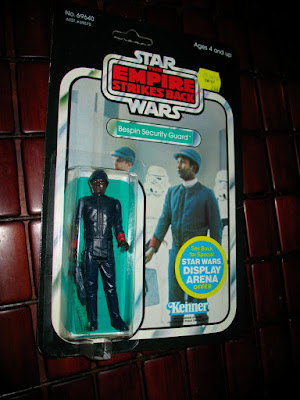 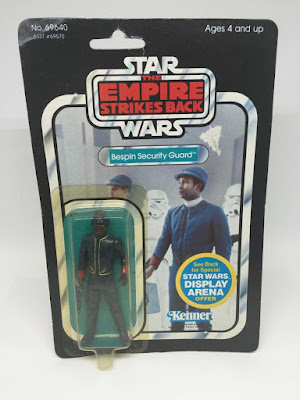 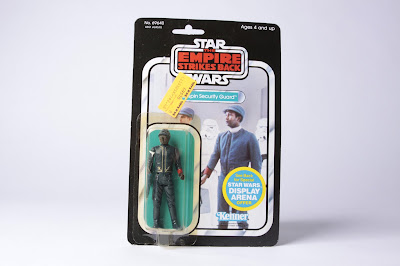 Only the three 45 backs, and no high graded pieces to speak of. I was surprised we didn't see slightly higher pricing, though with a background character it was understandable.

It was good to add a Facebook sale, given so much collecting is now run through that platform. These were some nice pieces, and great for the more budget-conscious collector who is searching for high graded items (though a lot of these actually look very clean, it's just the POP removal). 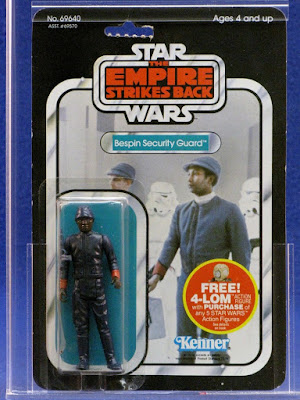 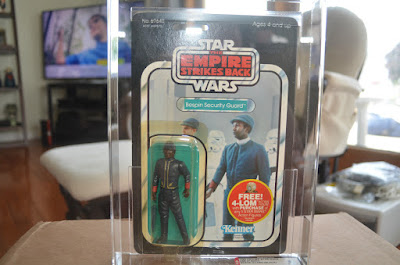 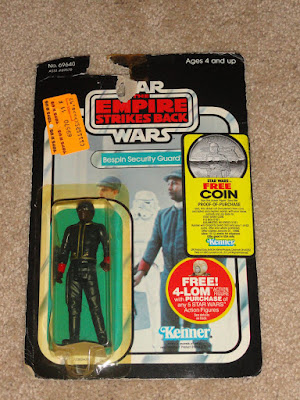 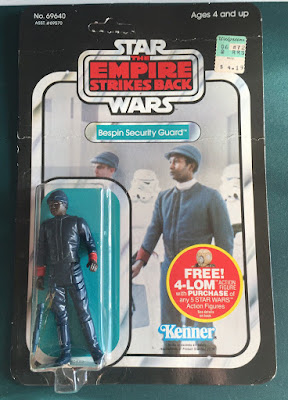 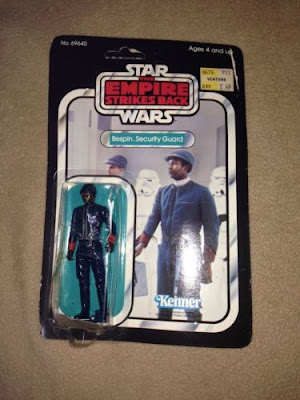 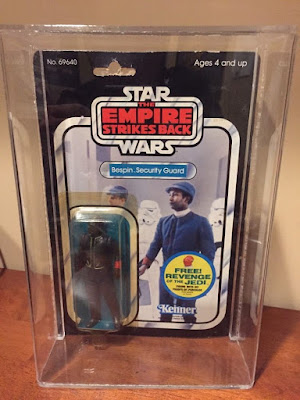 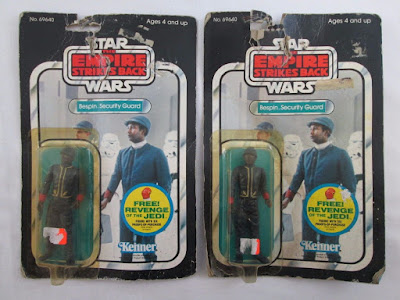 We got a good assortment of cardbacks, including that one offerless 48 back (which at $50 was a good bargain, despite its condition). No high grade examples, likely due to the fact these things sat stuck to pegs for quite awhile and they weren't too high on any collector's inventory back in the 80's. In fact the condition of items sold was generally poor -- it's almost like it would be worth just having a beater example sitting in your run.

RETURN OF THE JEDI 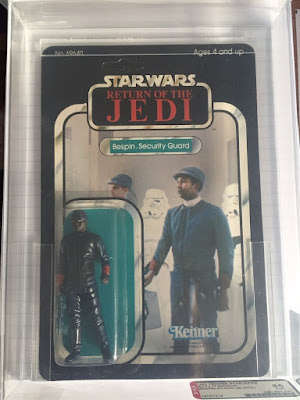 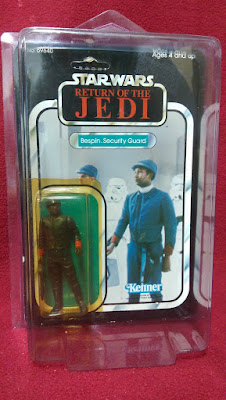 Not a huge selection of Jedi cardbacks -- and that 2nd one's bubble was almost orange. Even the AFA85 example went for a fairly reasonable price. 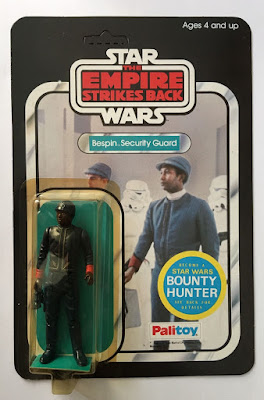 We don't often get a pre-production piece, but was nice to find a proof card sell during the period. 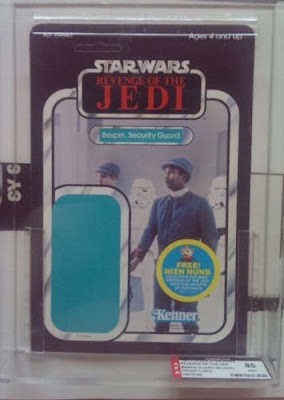 So there we have it...one more background figure down, and the last of the 45 backs. Not the easiest figure to find in decent condition -- but even the few that were wouldn't break the bank. The proof was nice to see, and at no too high a price (relative to recent times).

Until next month,  happy buying (and selling) Space Freaks...
Posted by Michael at 9:00 AM