Back here I wrote about repurposed action figure sculpts -- that is, sculpts for action figures in the vintage line that were reworked into sculpts for later figures. I also asked readers to speculate as to which figures might have been reworked.

The best suggestion came from our friend Bruce White: He believes that Princess Leia in her Bespin gown was created over the wax sculpt for the original Leia figure. I've long suspected the same, but Bruce's photos and observations are too good not to share. 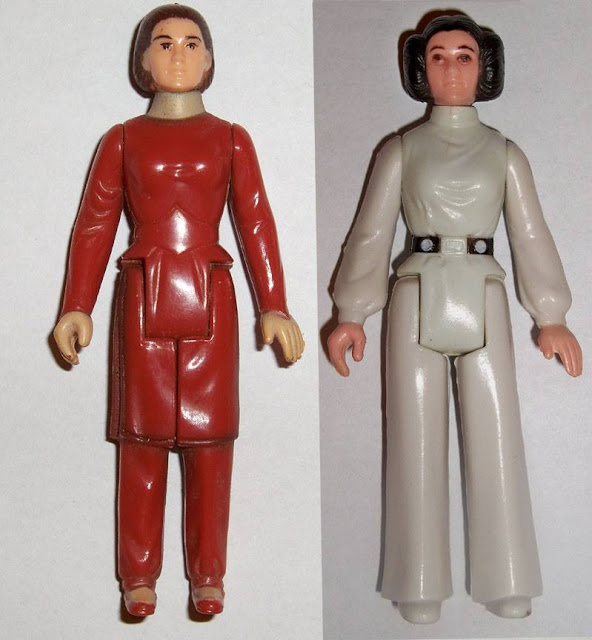 As the above photo attests, the poses of the two figures are very similar. The similarity is most evident in the hands and arms. 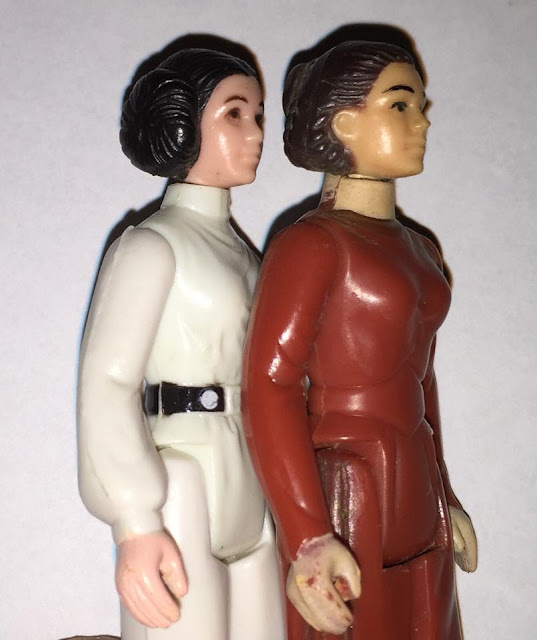 In fact, the arms of the original and Bespin Leia figures are so similar that it's hard to believe they aren't related in some intimate way. 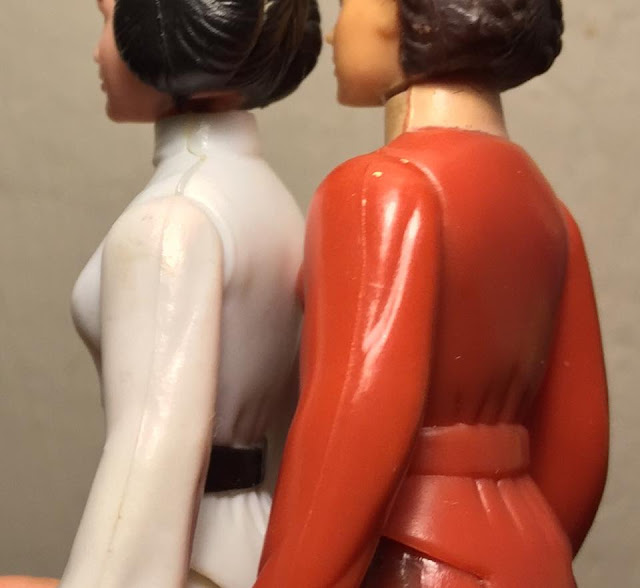 The similarity extends to the figures' shoulders. That long crease extending down from the top of Leia Bespin's left shoulder looks to be an amplification of a much subtler crease that is present on the corresponding area of the original figure. 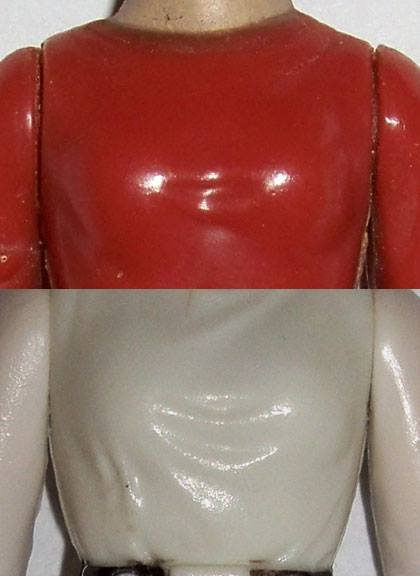 Nerdlinger that you are, you've no doubt stared at the breasts of these figures on countless occasions, all the while wishing that AFA could grade your innermost fantasies, sealing them tightly in a box designed to keep out reality.

But while doing so, did you notice that the exact same crease traverses the cleavage area of both figures? If we're right about what happened here, the other creases adorning the torso of the original Leia figure were smoothed out during the sculpting of Leia Bespin, leaving that one horizontal boob valley as evidence of a potential common origin. 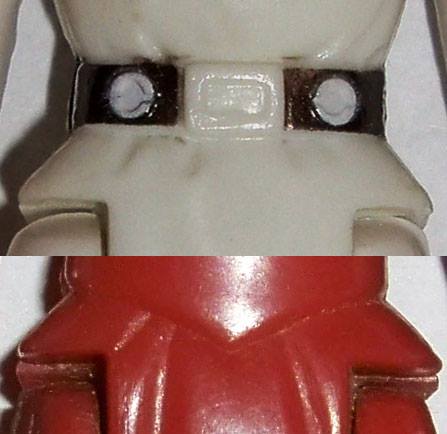 The details of the figures' waists are quite different; however, I think it's easy to see how a sculptor might have developed one from the other. Hints of the long creases that decorate the later figure are evident below the waist of the earlier one. 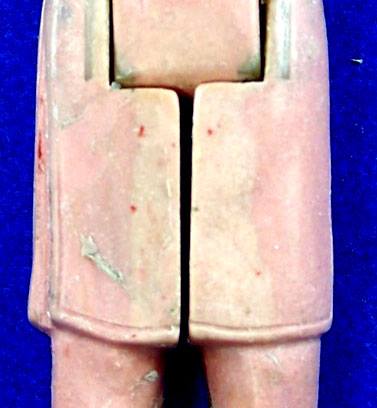 In examining photos of the original wax sculpt, which you can read about here, Bruce's sharp eyes noticed that the wax on the inner thigh of the Bespin figure is colored differently from the surrounding wax. Though it's hard to determine whether this apparent modification dates from the revising of the original Leia sculpt or a later revision, it's an interesting detail that speaks to the continual manner in which these pieces were resculpted.

Bruce even has a theory regarding the missing arms of the Leia Bespin sculpt: He thinks they may have been reworked into arms for Leia Boussh. 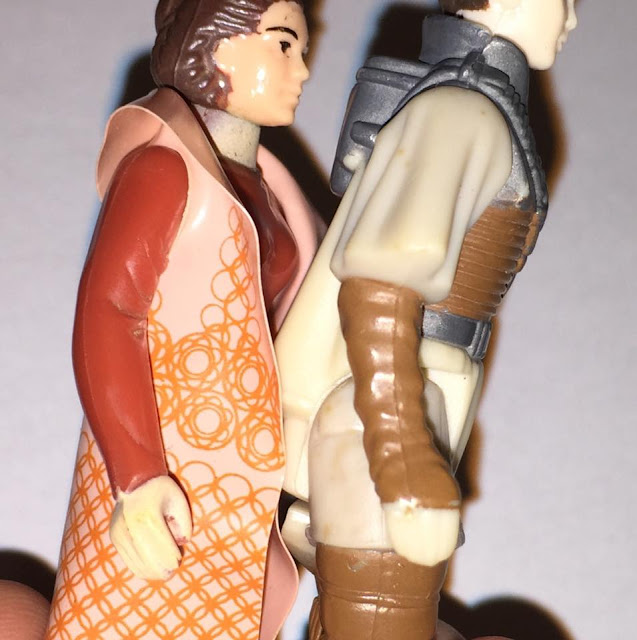 Sculpted garments aside, it's hard to deny the similarity.
Posted by Ron at 11:37 AM