The recent release in theaters of the movie Valerian and the City of a Thousand Planets from director Luc Besson is the perfect time to take another look at an article I wrote in French 10 years ago in 2007.

The visual world and style of Valerian comics was a great deal of inspirational source, from the start, for people who worked on the original Star Wars movies and even the prequels; here's how...

Back in the 1960s-1970s, the golden age of Belgian and French comics had started decades ago with such famous authors like Hergé ("Tintin") or Goscinny ("Asterix"). In early 1967, leading comics magazine Pilote was looking at a sci-fi series to stand out from its competitors, which led to the introduction of "Valerian: Spatiotemporal Agent" comic strips from famous authors Jean-Claude Mézières and Pierre Christin. It became a comic book on its own in 1970 and now totals 27 different albums.

Valerian was a forerunner of the Space Opera in many ways; the stories are cleverly written and revisit many concepts of the genre such as virtual and parallel worlds, time travel, extra-terrestrial encounters and architectures, cloning... the visual style is clearly ahead of its time and still not outdated even as of today. Last but not least, the incredible amount of alien species, and of course the main characters: Valerian a typical anti-hero, and Laureline his sensual and clever partner / girlfriend who incarnates femininity and maternity. 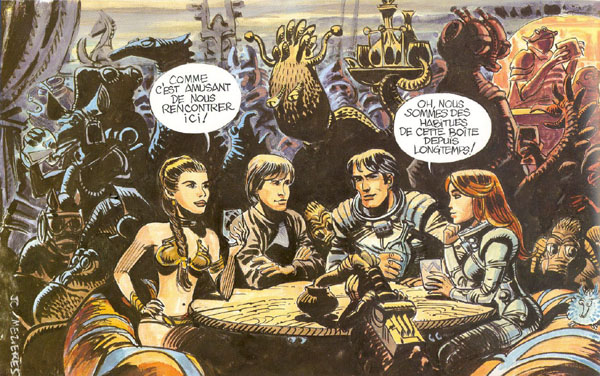 History say that Mezières tried to contact George Lucas when he realized that some stuff in Star Wars had been obviously inspired, if not copied, from Valerian; but he never received any reply. As a response, he published an illustration for Pilote magazine in 1983 depicting Luke Skywalker and Leia Organa meeting Valérian and Laureline in a bar surrounded by all sort of creatures typical of both series. “Fancy meeting you here!” says Leia. “Oh, we've been hanging around here for a long time!” retorts Laureline.

Looking backwards, Lucas could be blamed for his silence, and the true story has never been told. But it wouldn't appear unusual that people working on a sci-fi movie would find inspiration from either stuff their knew or sources around. At least, it was confessed by design director Doug Chiang on the prequels, when he said he kept a set of Valerian albums in his library.

Over the years, several other concepts from the Valerian series were used in movies like Conan the Barbarian and Independence Day. But recognition came when Luc Besson requested Mézières to design sets for his movie The Fifth Element in 1994, reusing flying taxi cabs from "The Circles of Power" (1994) and the palace-spaceship from "On the Frontiers" (1988).

You can find more info on Valerian on Wikipedia:

As seeing is believing, you can check for yourself with excerpts from various albums: 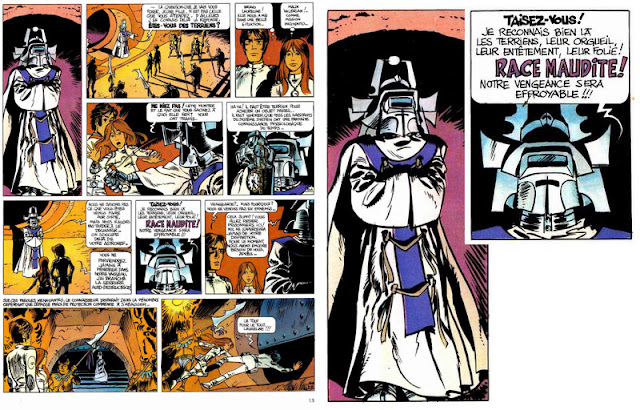 The white priest's helmet is reminiscent of Darth Vader's. 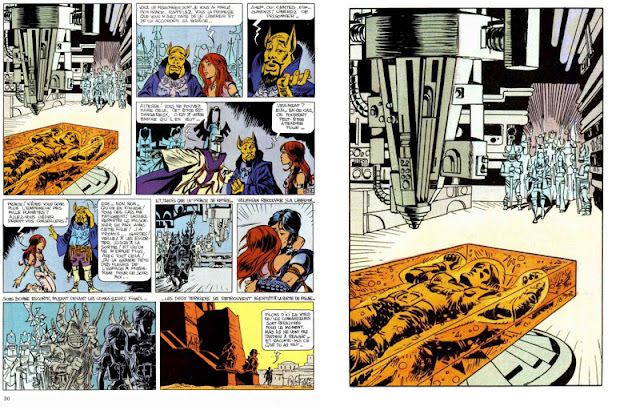 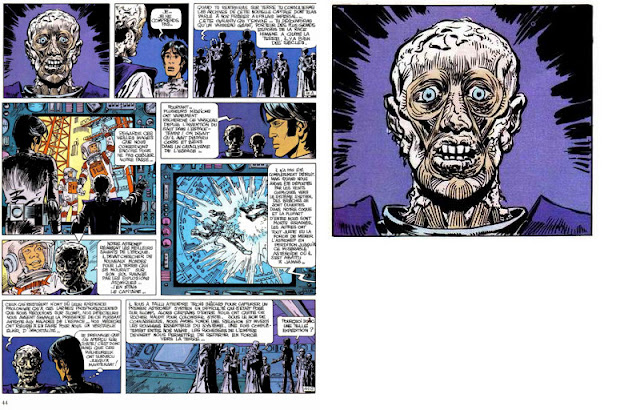 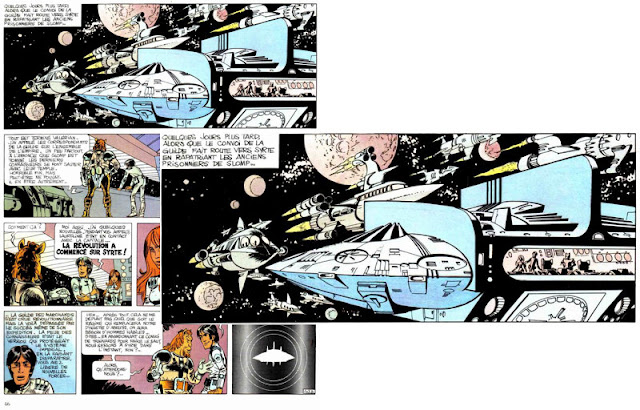 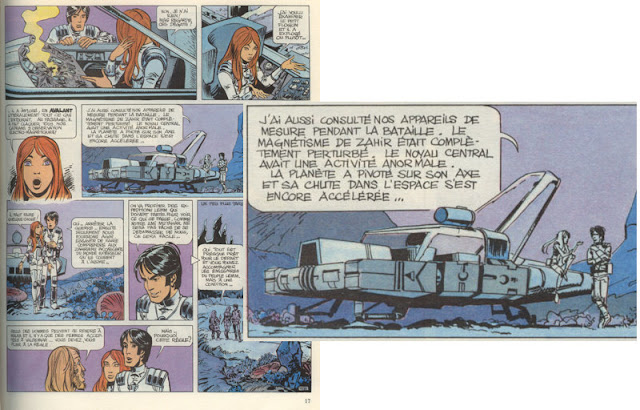 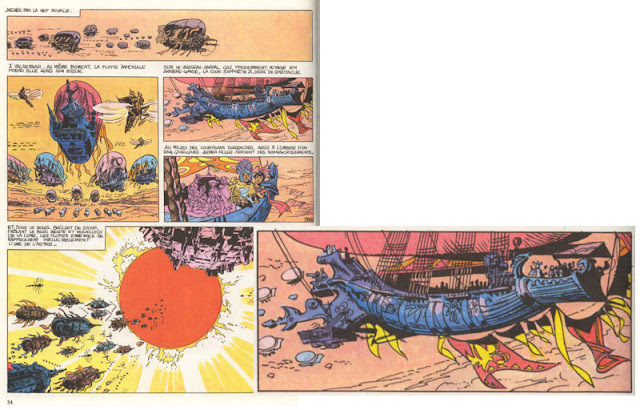 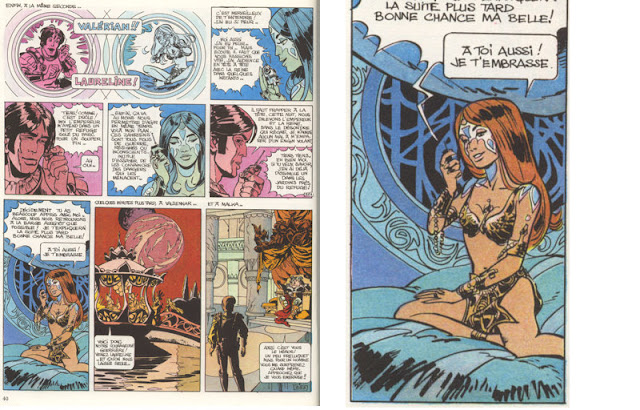 Can you believe this Laureline in slave-like outfit dates from... 1972 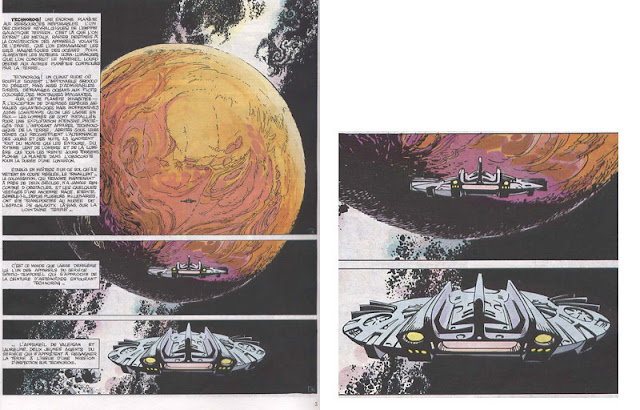 Kind of space scene with the Millenium Falcon 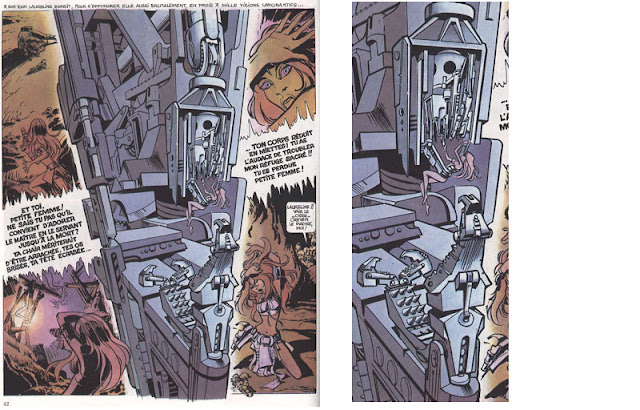 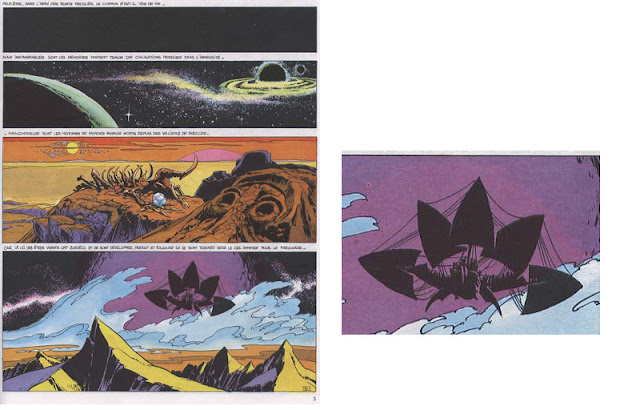 Spaceship with sails as seen in Episode II 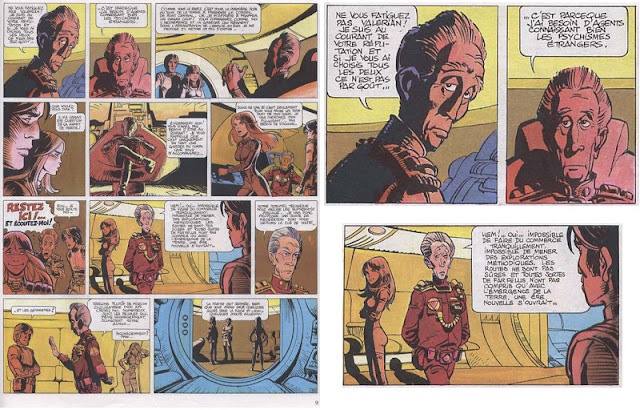 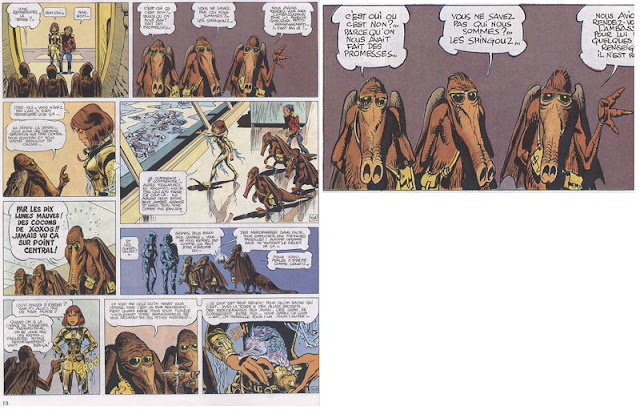 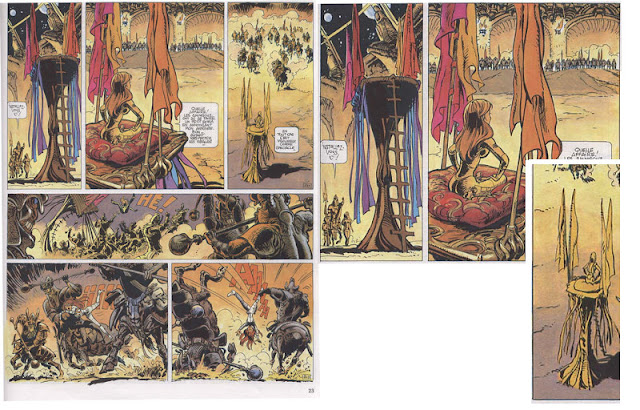 Pedestal similar to the ones from Geonosis Arena in Episode II 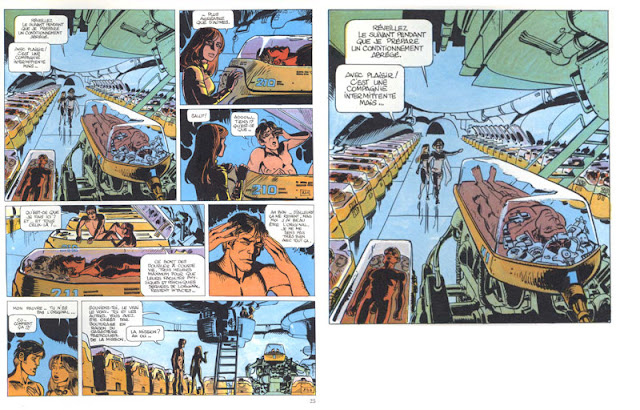 Making clones out of a same living person... 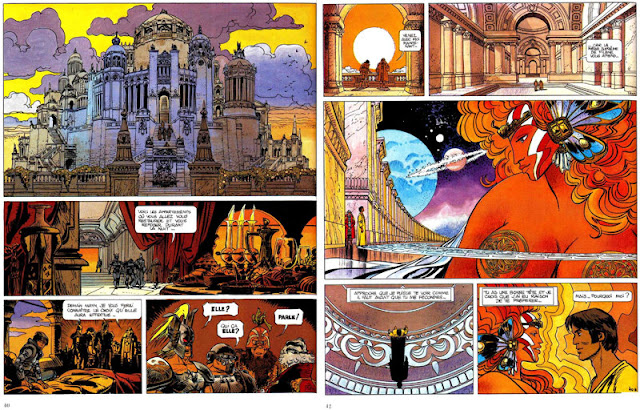 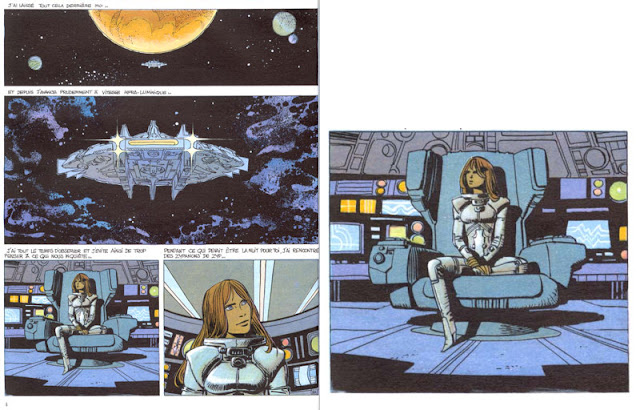 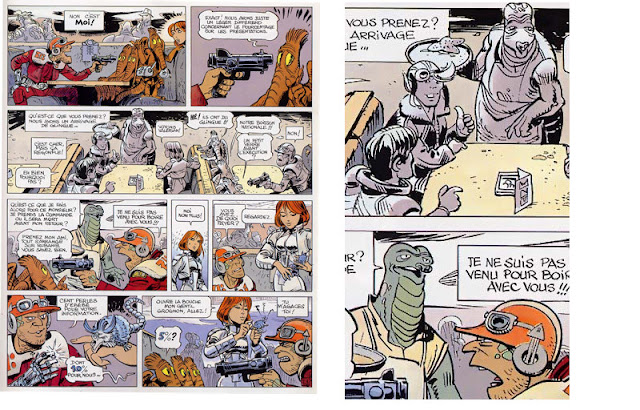 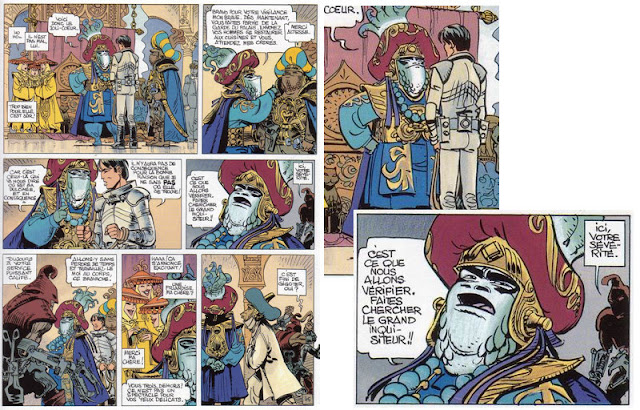 This character must be Boss Nass' relative... 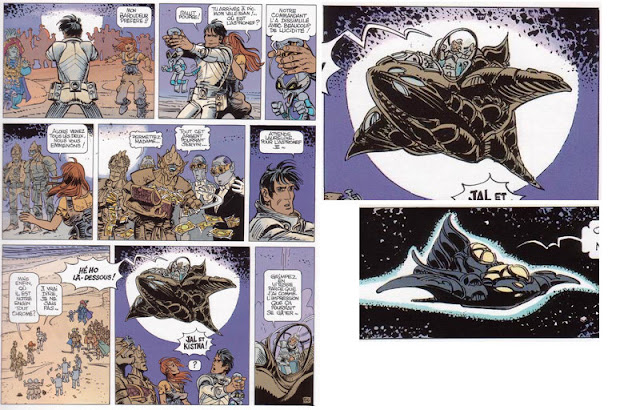 The Gungan submarine from Episode I can actually fly in outer space.