What’s going on folks? Literally, what’s going on? The market has been on fire since Celebration Orlando. Since we didn’t get to cover much from the event itself, in this installment we bring you a double dose of high end vintage goodness from both the event and the ensuing month on eBay.

It was a month of highs and lows on eBay, but mainly highs when it comes to Celebration. With some record breaking prices and transactions on some mainstays in the hobby, the event was anything but cheap. Even room sales seemed to be slow moving, at least for the limited time we had them up and running this year. Some last minute additions made it more interesting towards the end, but a lot of people were set up and torn down in a blink of an eye.

12” Star Wars Box Flats – A pair of items only seen at room sales worth mentioning is the set of 12” AFA 80 box flats for Han Solo and Princess Leia. 12” box flats are a finite group of items, with only a handful out there for each of the few released and unreleased figures in the line.

Leia Poncho Pink Cape Mock-Up – Another piece we were able to see at the Cantina Collectibles booth was this little gem. Surprised it was still available at the end of the show, as it’s one of the few more desirable mock-ups in the hobby today, featuring a pre-production variant that is truly distinguishable from its production figure counterpart.

Revenge Proofs – Though not the rarest of the pre-production items, Revenge proofs are a mainstay and still a very popular and desirable segment of the hobby. When it comes to Celebration, this was the hottest group of items. Prices on common proofs exceeded $2,000 – something I’ve never seen before. There was actually more available when it comes to Revenge proofs than there were at the previous event in Anaheim, with two large collections and a lot of smaller individual proofs available at the event. 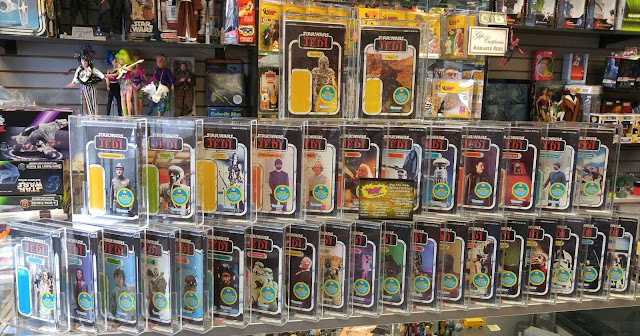 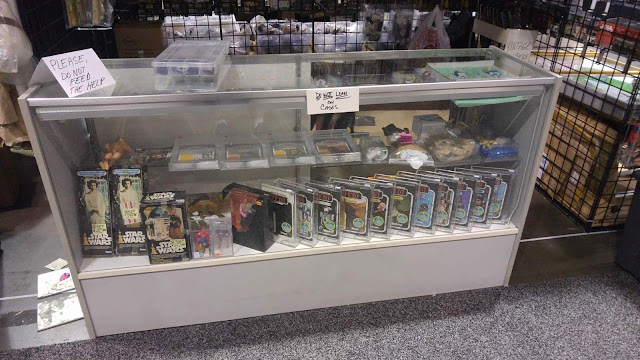 Going back to our typical coverage of the eBay market, we have a nice array of rare and highly sought after items. A lot has come available and some – more so in the month of April – were steals, while the market eventually picked up in May.

The first item of the month has a tie to Celebration as that’s where it entered the collectors market. Being picked up by one of the more well-known collectors and dealers in the hobby, this particular auction was heightened by its tie to a non-profit organization giving it an extra jump in price. 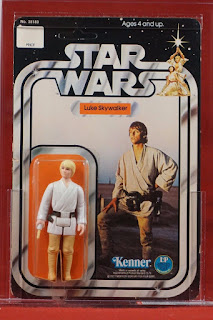 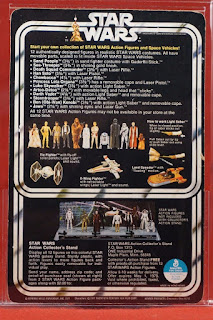 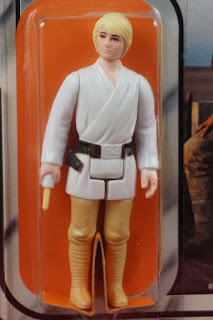 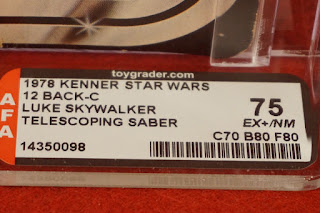 When it comes to grading, the grade is always something that’s secondary to the item to me. But when you see an item of this size pull a grade of 90, it’s hard not to pay attention to the number. The total number of graded AFA90 boxed items is finite in the overall scope of AFA grading in the hobby, however this particular piece is one of the very few to make the fringe grade of 90 and almost be considered mint. It’s a great sight to see; so little edge wear and damage, great tape. Overall it’s an incredible presentation. 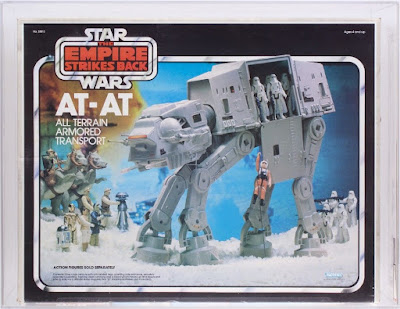 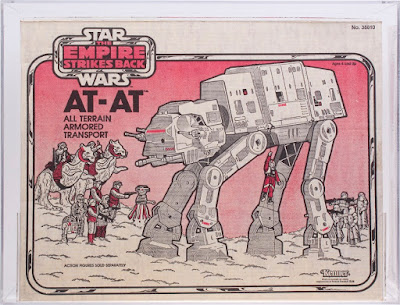 Star Wars 3-packs are always a favorite to keep an eye on. With their colors, character combinations, and overall short run they will always be a fan favorite. This month we have three unique pieces to showcase. 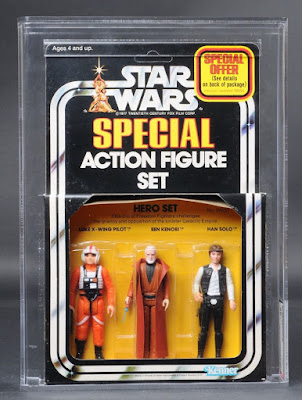 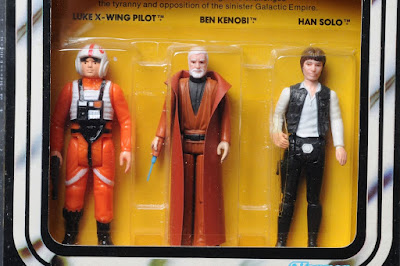 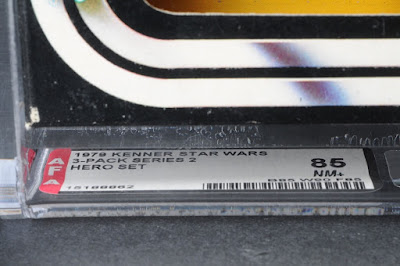 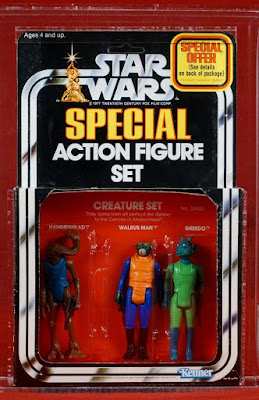 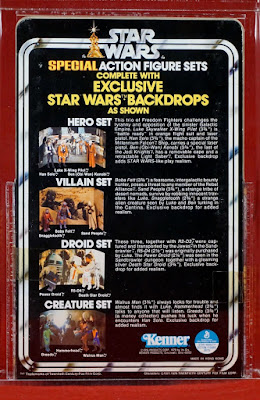 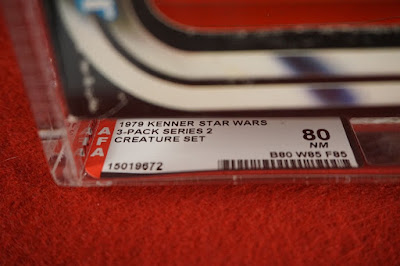 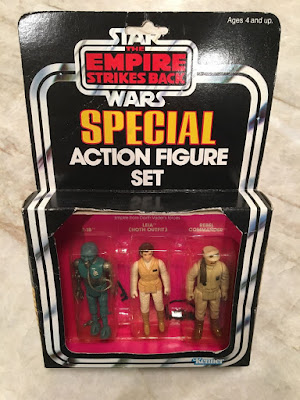 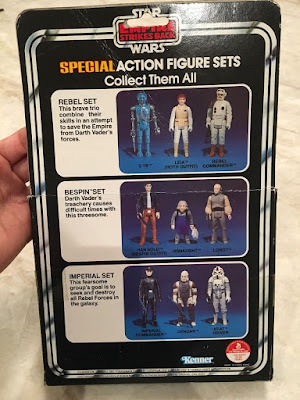 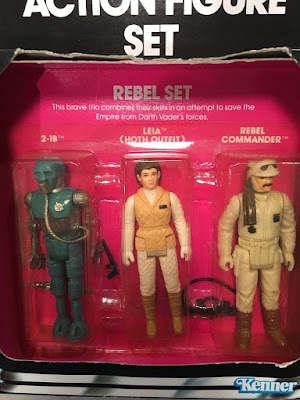 Although the transaction didn’t technically occur on eBay, I couldn't pass up mentioning one of the few true "miscards" to come onto the market in the last few years. This is a great combination, making it even more desirable then a lot of other miscards out there. Unlike a lot of ROTJ miscards, this is one of the few that is not pre-production in nature, making it a true factory error. 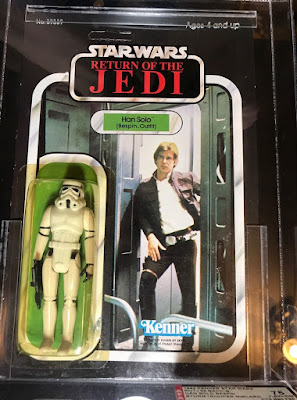 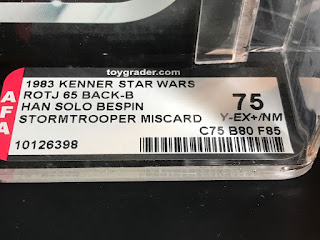 Continuing on with the rare and unique, we have a pair of Luke Skywalker first shot figures. First shots continue to be one of the hottest segments of the hobby, with prices continuing to climb even as the market is roughly flat compared to last year.

The first coming from the Power of the Force line – that being Luke Skywalker (Battle Poncho). Receiving a 90, it’s quite the sight from a condition perspective, but AFA also did a really nice job casing the poncho separately. 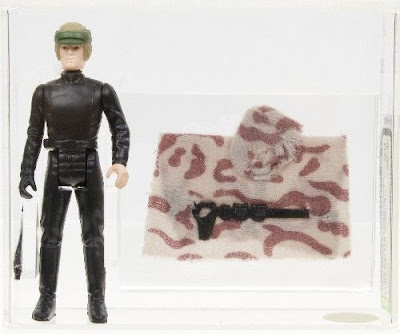 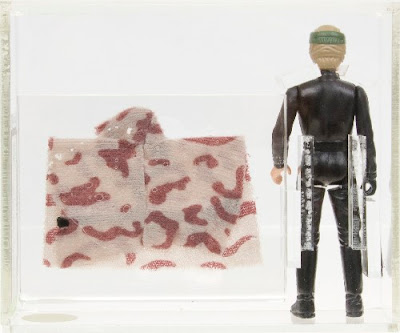 The second piece is an unpainted Luke Skywalker (Hoth Battle Gear) – a very cool piece with white limbs and a tan torso. 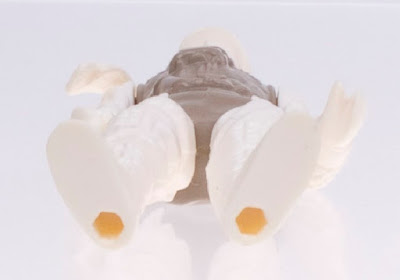 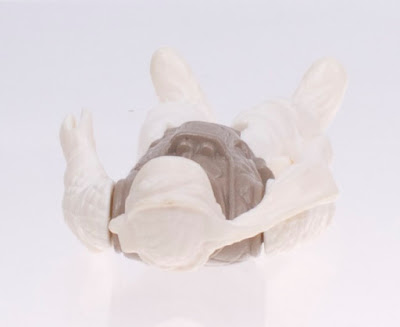 For some contrast to Celebration, we have some of the more recent auctions on eBay for Revenge proofs. Both nice examples of some of the more desirable background characters, the gap between these and the prices on the floor are pretty staggering, with a 25% or more premium at the event vs. these auctions. 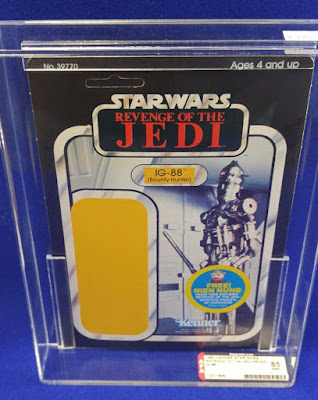 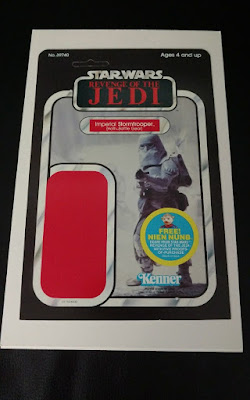 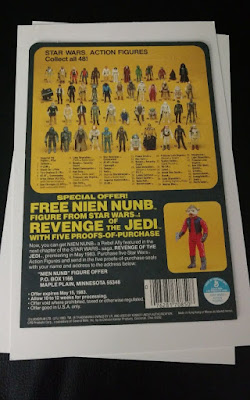 Our last piece follows the ongoing growing popularity in catalog mailers. In this example, we have a fairly rare ROTJ mailer featuring 4 main characters. Not only is it a difficult pack to find, it’s one of the more desirable from the series. It just happens to be sealed, making it unique as well. The price actually seems right in line with where you would expect a sealed example to come in; a great piece and one that we rarely see. 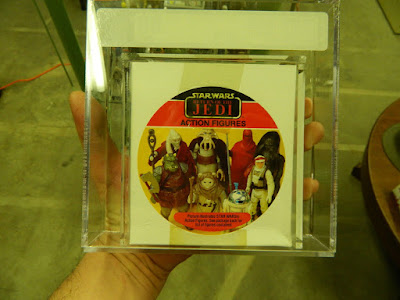 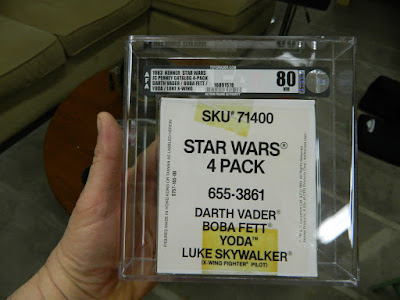 That’s all for this month...check back soon for our next update and coverage of the rest of the summer.

Wampa Wampa,
Fratastic Pete
Posted by Fratboy24 at 9:11 AM