I FOUND YOU: The Dream We All Had 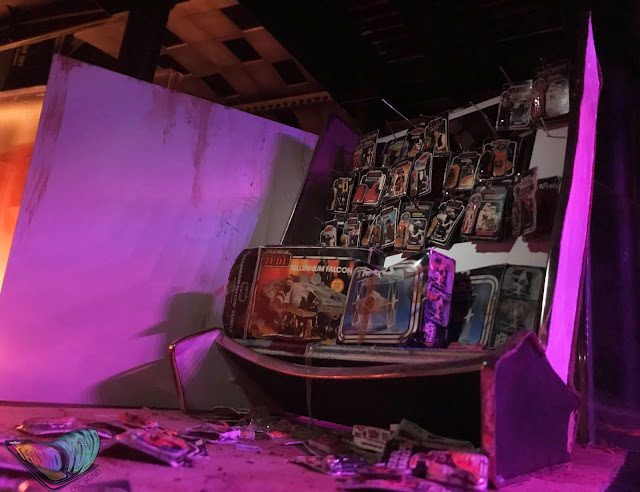 Montreal based artist Eric Bond has tried to do just that with his astonishing, befuddling and not-a-little-bit disturbing video series entitled “I Found You.” His dreamscape is made entirely in miniature and with painstaking detail. Star Wars toys, Nintendo games, cereal boxes, GI Joe playsets, comics… the entire pop culture menagerie of a child of the 80s and of the middle-aged collector of the 2000s is reproduced, destroyed, submerged and lit with a sickly neon glow.

These works are clearly and overtly inspired by Vaporwave, a recent genre of music that takes 1980s cheesy pop and distorts it to the point of grotesquery. This is usually paired with visuals of 1980s Mall consumer culture. When listening to this music you feel the warmth of nostalgia in your bones, but also sick to your stomach as you are stuck in an uncanny recreation of a disappearing culture. Here's a great compilation of Vaporwave to familiarize yourself with the genre.

Bond’s art works on the similar nightmare/dream aspect of Vaporwave, but he deals exclusively in the memories and artifacts of 1980s youth culture. Take a look at the photos in this gallery, or better yet, check out these videos:


I’ve seen these in person, and it is unbelievable the amount of work that has gone into this. Each recreation is an object of art, yet he is not afraid to deform his work and to make it ugly. He easily could have made a toy store from 1983 and lit it well. It would have been spectacular and frankly, would have received more attention and admiration from a larger public. But that would have been a mere trick, and this has realized aspirations to art and an individual’s artistic vision. He is not recreating our youth, he is recreating our youth as it is recreated in our subconscious.
Posted by Stephen Danley at 1:28 PM