Bootleg action figures from Poland were among the first items I can recall being wowed by on the Star Wars Collectors Archive.

Actually, I don't think they were even considered Polish at that time; all anyone knew was that they were weird and ugly.

Here's an old entry by Chris Georgoulias. Somehow, the internet has preserved it for decades, along with countless other crazy things, like "you've released the fooking fury," Selleck Waterfall Sandwich, and that dodgy Limp Bizkit fansite you made using GeoCities after Becky dumped you and went to Lollapalooza with some guy named Chad.

Those old SWCA entries were my introduction to Polish bootlegs. I was immediately smitten, especially so in the case of the crazy Princess Leia with AT-AT Driver limbs and silver star puffs hairdo.

By that way, that last link leads to a later entry written by yours truly. I'd forgotten that I'd described that Leia figure as Blue Snaggletooth's prom date. Funny.

As a collector, I've always been drawn to novelty. Here was an area of collecting that was wholly mysterious! In the '90s, only a few collectors in the States owned examples of these figures, and almost no one knew their full story. Seeing them was exciting. It opened a door.

Somewhat weirdly, it wasn't long before I had the opportunity to purchase all of the figures that I'd seen on the SWCA. The man who owned them was selling large portions of his collection. Of course, I jumped at the opportunity. I recall paying about $20 each for them. When I proudly told a collecting friend of this, he looked at me in horror. Twenty bucks a pop for those dire things? He thought I got robbed.

Maybe I did get robbed. At the time, you could buy many carded figures for $20. But it seemed worth it to me to own something obscure. And I already had a bunch of carded figures.

Well, flash forward 20 or so years, and Polish figures have ceased to be obscure. They're an accepted part of the hobby; some collectors even focus on them. For this we can thank collectors like Joseph Yglesias and John Alvarez, who continued gathering information on these figures long after I'd grown too lazy to keep up. In fact, I traded a good portion of my material -- which had come to include a couple of very rare carded examples -- to Joseph sometime in the early 2000s. I sort of regret it. I got some very nice things in trade, though.

Fortunately, I still have some relics of those days. 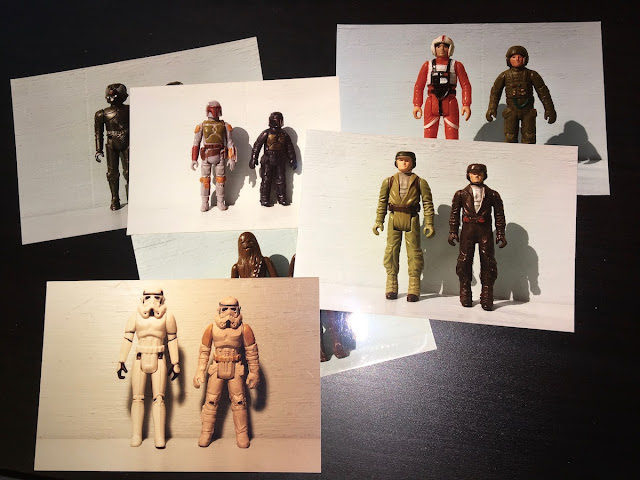 Here you see the original photographs that were featured on the Archive. They're dated February of 1994. And here are two of the ziplock baggies in which they came to me. I love the little stickers reading "RARE." Such melodrama! 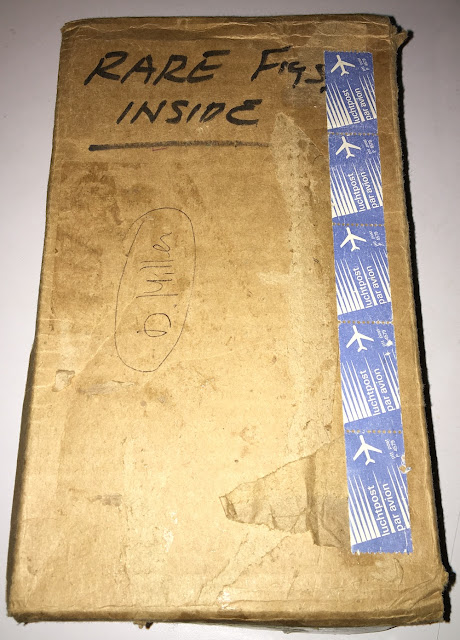 Finally, here's the box in which all the bagged figures were stored. In case you didn't get the hint, rare figures were inside.

The inside cover even bears a sticker with some Polish text on it.

Anyway, all of this is but an introduction to the real topic of this post: Jakub Burzyński's excellent new book, Far Far Away: A Guide to Unlicensed Vintage Polish Star Wars Action Figures. 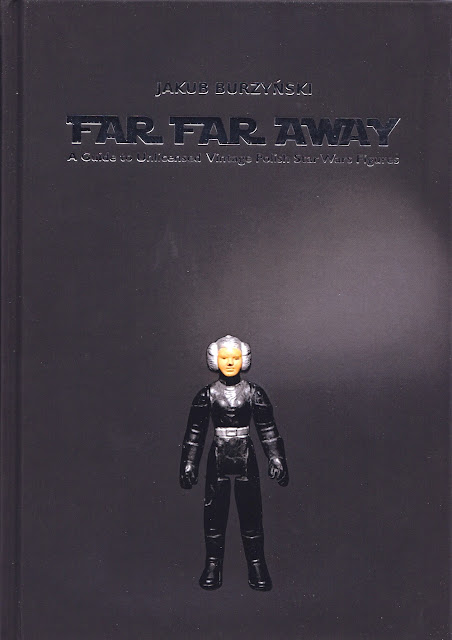 As you may have guessed from the title, it's a thoroughly deep dive into the realm of Polish bootlegs. I think it's likely to remain the authoritative source on this area of collecting for the foreseeable future.

Jakub appears to have a gift for organization, as the book is scrupulously structured and logically laid out, with its sections corresponding to different series of Polish bootlegs. Jakub identifies eight such series from the vintage era, ranging from a early articulated Chewbacca (a series consisting of one figure!), to a second and final set of articulated figures, the production of which wound up around 1990. Two additional series are covered in subsequent sections, including one whose figures included capes decorated with bizarre designs. 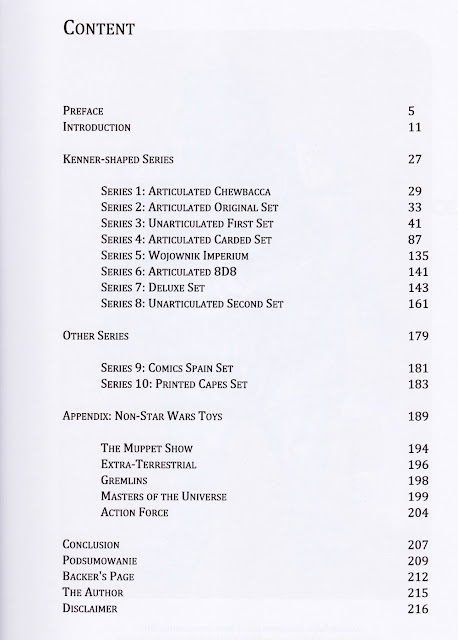 But as anyone who has any interest in this stuff knows, to collect Polish is to collect variations. There are scads of color variants available within some of the individual series. If you want them all, you need to find the blue, the pink, the green, and so on. 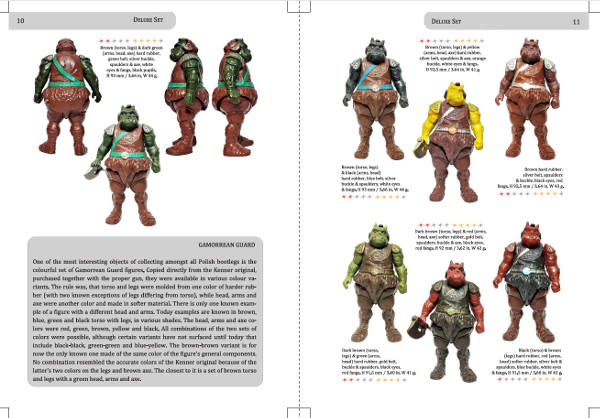 Fortunately, Far Far Away contains a lot of color photography to help you get a handle on what exactly is out there.

There are even sections devoted to non-Star Wars items. My favorite: a Rambo figure that looks something like Phyllis Diller wearing a bandanna and green pants.

Take it from someone who knows a little bit about compiling collecting information: a lot of work went into this project, and we can thank Jakub and his many sponsors and contributors for putting so much effort into a collectibles book that truly does justice to its subject.

Judging by the photos of the author featured at the back of the book, Jakub is a tasteful dude who knows how to rock a velvet jacket. That sense of taste is evident throughout this production. It's easy to appreciate the book as an object. The cover design is simple but striking, featuring Leia as Blue Snaggletooth's prom date on a black background. The exterior of the book has a rubberized texture that makes it feel grippy and thoroughly high-class. And the print quality, paper, and writing are ace from start to finish.

If you're interested in purchasing a copy, you can contact Jakub via his Facebook profile. The price isn't cheap -- but then neither is the product. This is a classic example of the purchaser getting exactly what he pays for.

If you'd like more information, check out Jakub's interview on a recent episode of our podcast.
Posted by Ron at 8:01 AM