Store Wars: The 1990 Return of Star Wars to the Bread Aisle (Sort Of) 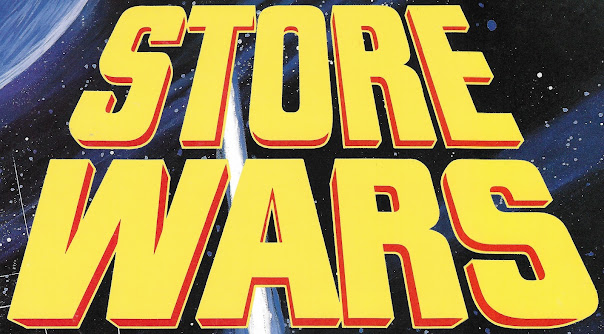 Jonathan writes:
Most collectors are familiar with the Star Wars bread promotion of 1977 which included Wonder Bread and at least one other regional bakery brand. If you are looking for information about that promotion, check out the blog post that I wrote on the topic several years ago.

The CBC Breads Store Wars Incentive Program was a sequel, of sorts, to the 1977 bread promotion. By 1990, the Continental Baking Company (CBC), the corporate owner of Wonder Bread and other brands, had transferred ownership from ITT, its corporate owner in 1977, to Ralston Purina.

Unlike the 1977 promotion that appealed directly to consumers with trading cards as a pack-in premium, Store Wars was an internal sales program with a sweepstakes designed to motivate bakery sales employees to boost their performance during the first half of 1990. This employee brochure describes the incentive program. 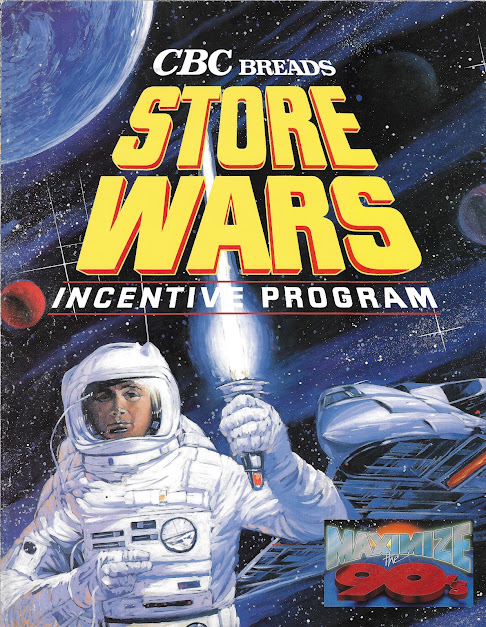 While there was no official tie-in, the promotional materials make liberal use of Star Wars imagery and themes. The cover of the brochure features the Store Wars logo, which is obviously inspired by the pyramidal Star Wars logo. Is the astronaut wielding a lightsaber, or is that an SST Lazer Sword? 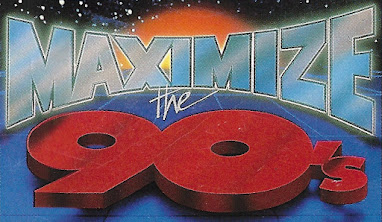 The brochure unfolds to reveal the details of the incentive program. 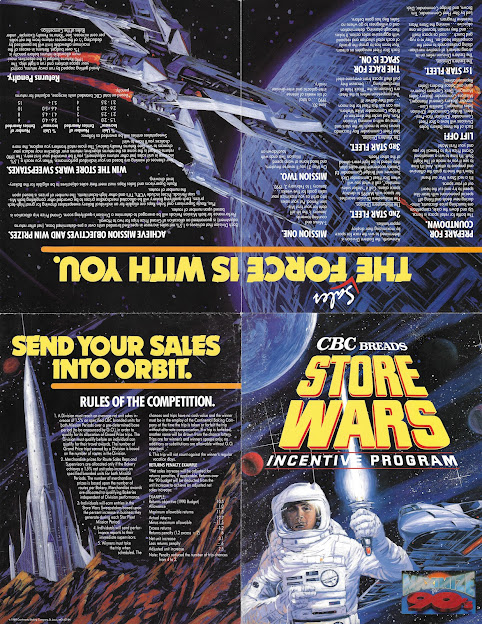 The headline promises that “The Sales Force is With You.” The program description is a jumbled mess of references to Star Wars, Star Trek, The Black Hole, and even The Right Stuff. Good luck reading this stuff without rolling your eyes. The highlight of this page, and of the entire brochure, is a really nice Berkey-inspired image of an X-Wing Fighter with the Death Star in the background. 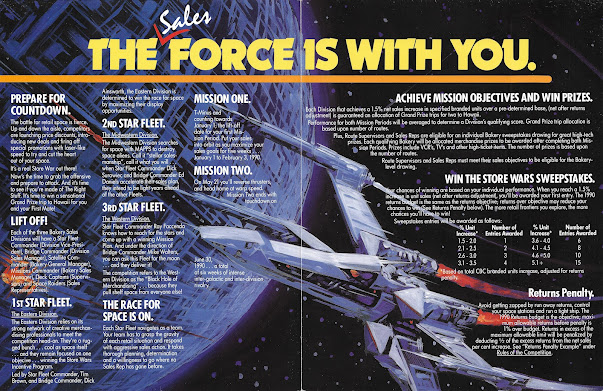 I wonder if this was an intentional nod to the 1977 promotion. There is nothing in the text of the brochure to suggest that the use of Star Wars imagery was more than just a coincidental echo of the earlier promotion.

The headline for the reverse side of the unfolded brochure is “Destroy the Evil Empire.” I suppose the evil empire consisted of Thomas’s English Muffins, Pepperidge Farm Raisin Bread, and other nefarious baked goods competing for shelf space in the 1990 bread aisle. 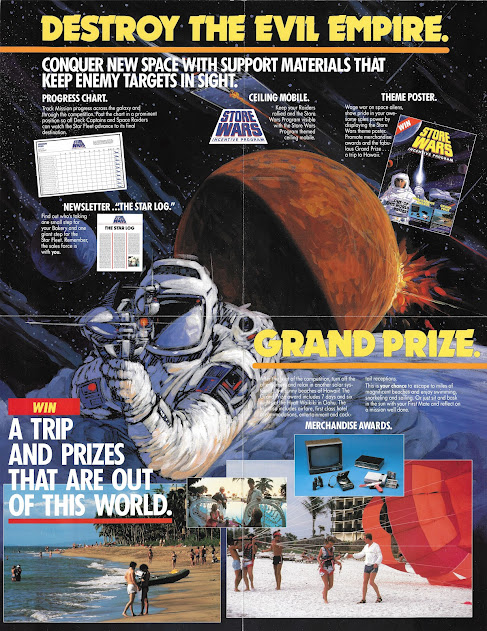 The sweepstakes featured “high-tech prizes” including TVs, VCRs, portable CD players, and even an NES system. But the Grand prize for the promotion was a 7-day trip to Hawaii for “you and your First Mate,” with multiple trips allotted to each of three Sales Divisions (aka Star Fleets). The competition rules clarify that the trip wouldn’t even count against the employee’s vacation days!

I purchased this brochure in November of 2012. In the decade since, I’ve had a regular search for the other items described in the brochure, including a Progress Chart, Ceiling Mobile, Theme Poster, and Newsletter. I would be happy to add any of these items to my collection. But, given the somewhat generic nature of the search terms involved coupled with the internal nature of the sweepstakes, my searches have always come up empty.

Until recently, when I found this awesome Hawaii ‘90 T-shirt. 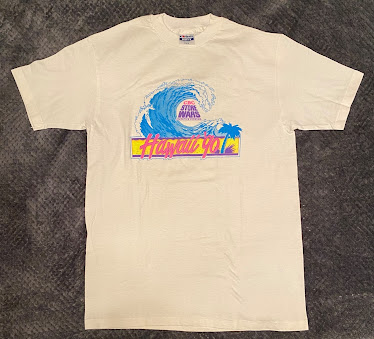 The graphics on the T-shirt features the CBC Store Wars logo about to be engulfed in The Great Wave. 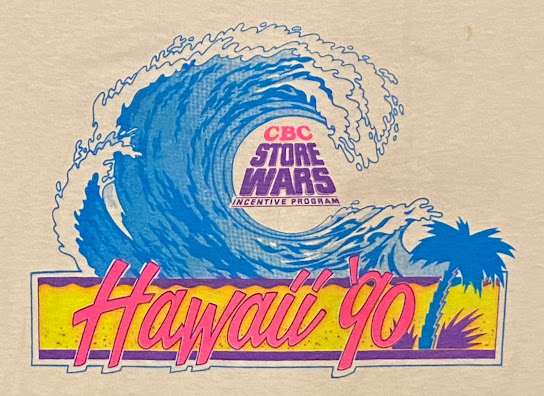 I don’t know what the purpose of this shirt was. There is no mention of it in the brochure. My guess is that the shirts were used as part of whatever sales meeting / pep talk kicked off the Store Wars program. It’s also possible that the shirts were awarded to the winners as a part of the Grand Prize. Maybe, somewhere out there, a group photo of all the winners sporting these shirts exists, just waiting to make its way into my collection.

It would be interesting to know how successful the incentive program was in boosting sales of baked goods to consumers preoccupied with trying to figure out who killed Laura Palmer. My guess is that the trip to Hawaii was a pretty solid motivator for the salespeople. The knockoff Star Wars imagery? Probably not so much.