The Early Bird Certificate package was first showcased to retailers in Kenner's Star Wars-only catalog in the fall of 1977. The catalog was Kenner's way of trumpeting their early plans for the Star Wars license.

When mailing the catalog to retailers, Kenner's sales force packaged it with an introductory letter and an order form. These are some of the first pieces of sales paperwork associated with the Star Wars line. 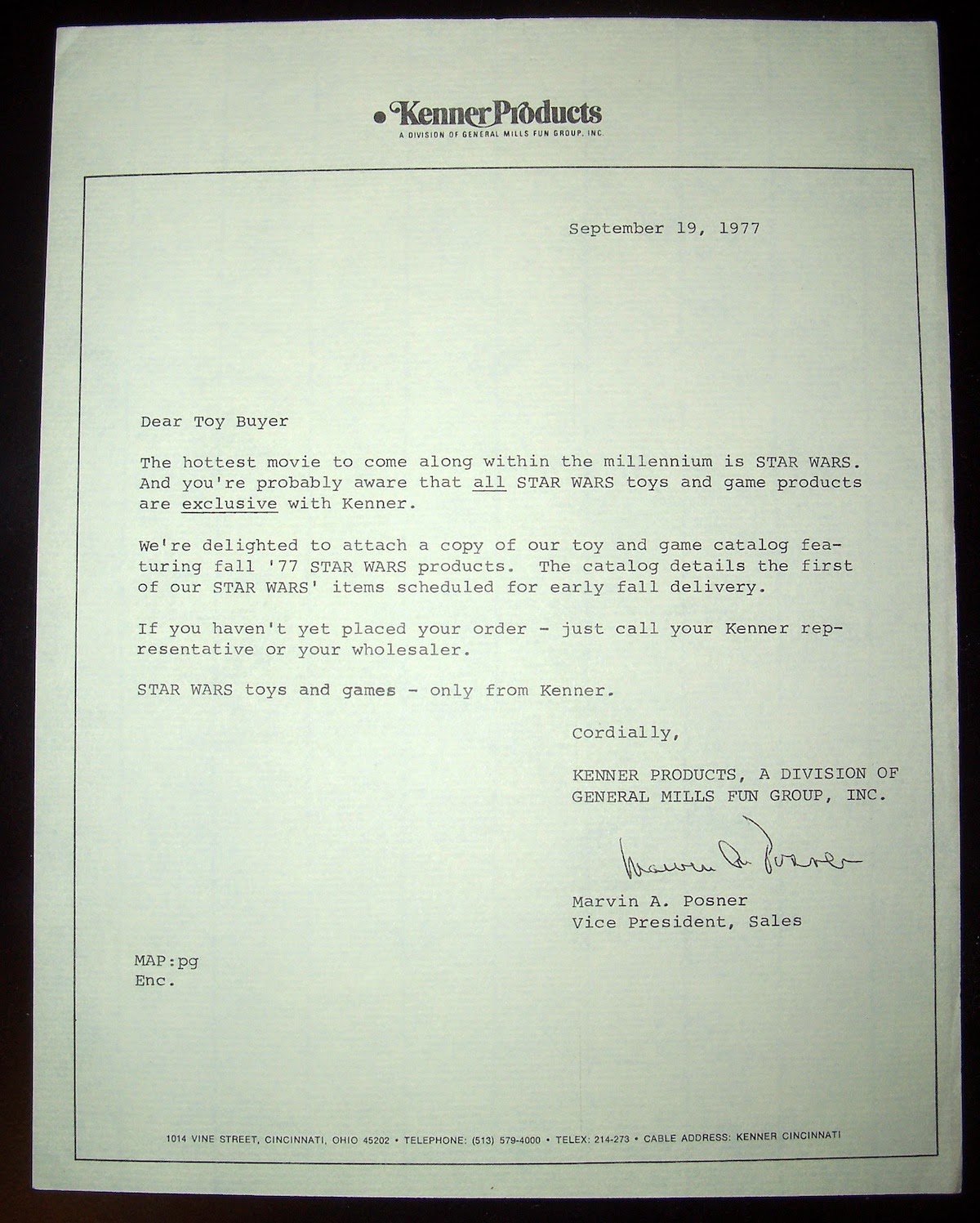 Note how the letter emphasizes the fact that all Star Wars toys and games are exclusive to Kenner. Hey, when you have the hottest toy property in history, you might as well let people know it's yours. 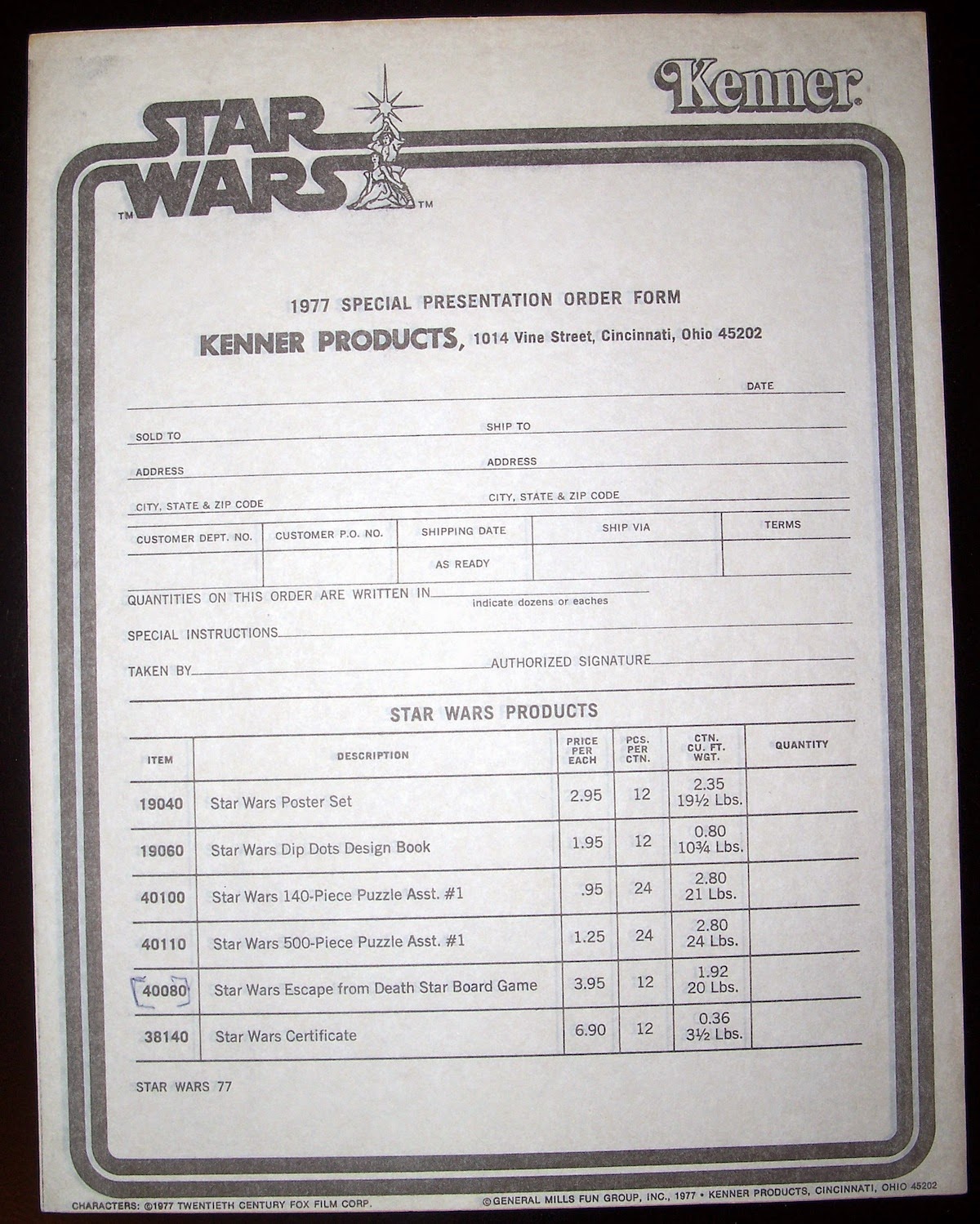 Here's the order form, which pimps the EB Certificate as well as the blue- and purple-boxed puzzles, Dip Dots, Playnts, and the Escape from Death Star Board Game. Interestingly, Playnts isn't referred to by its product name. Neither is the EB Certificate: It's called simply "Star Wars Certificate." 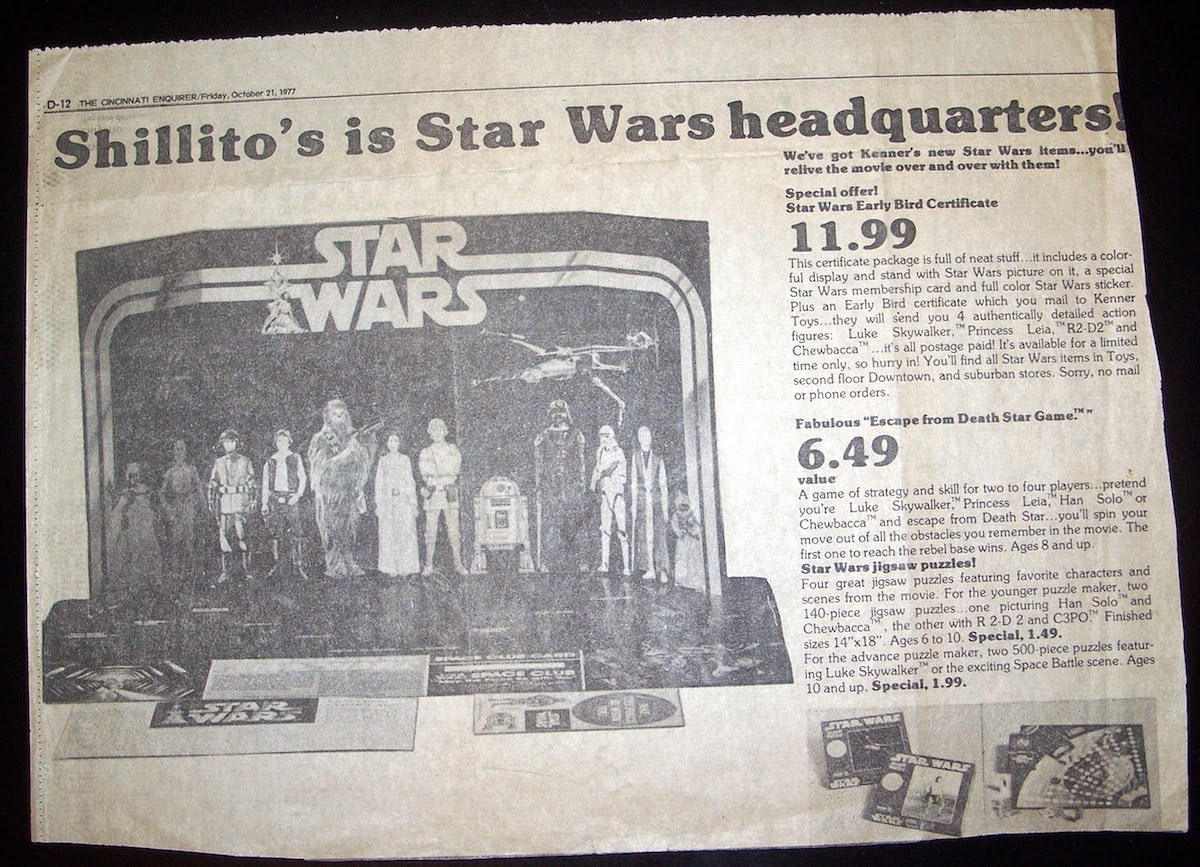 This ad from October 1977 shows how retailers around the country advertised the EB Certificate. Gotta love how the paper is The Cincinnati Enquirer.

You can read about Shillito's department store here and here. Toys were on the second floor. 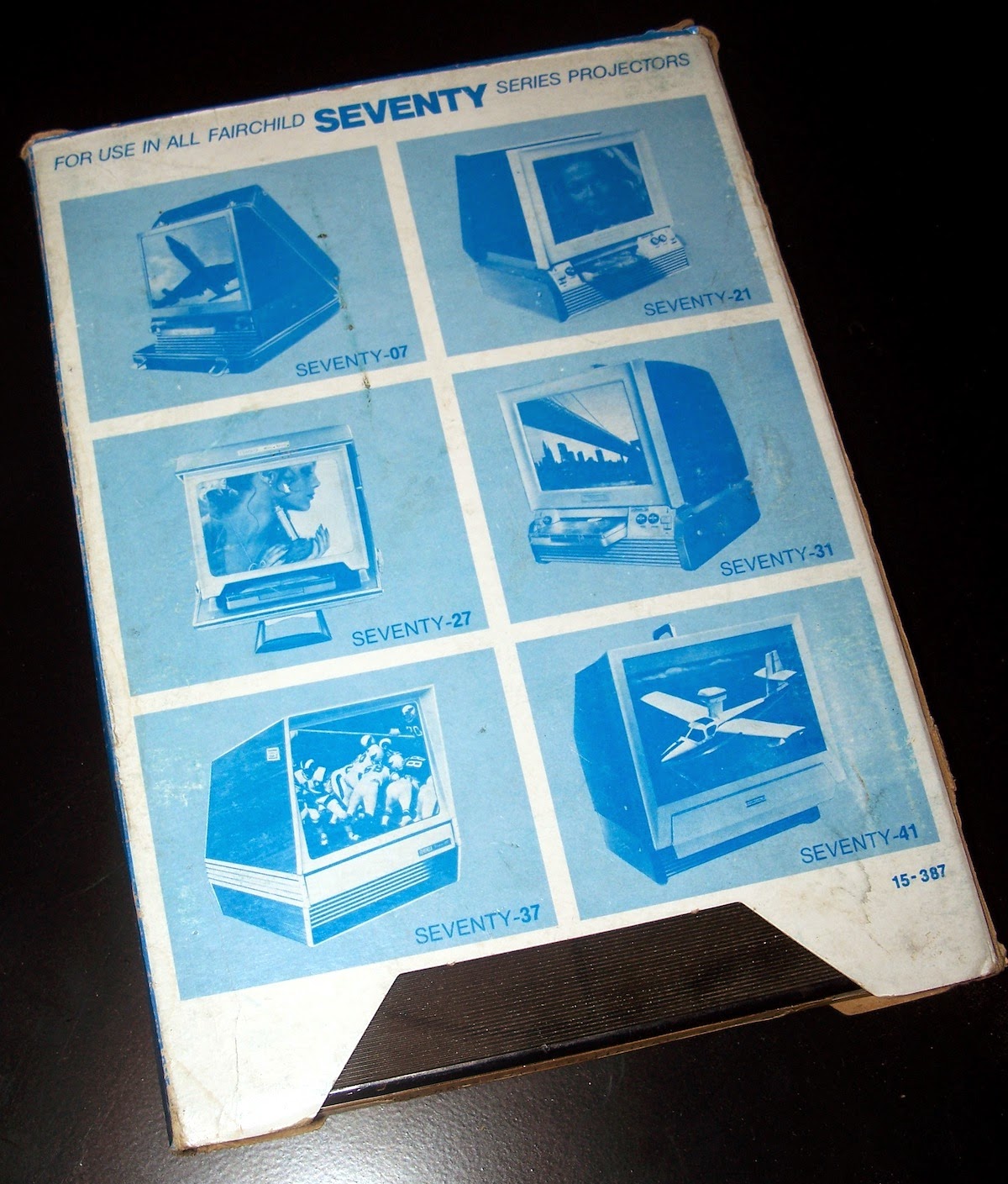 Finally, here's a cartridge used to screen the EB television commercial to retail buyers. It was used in Kenner's New York showroom. 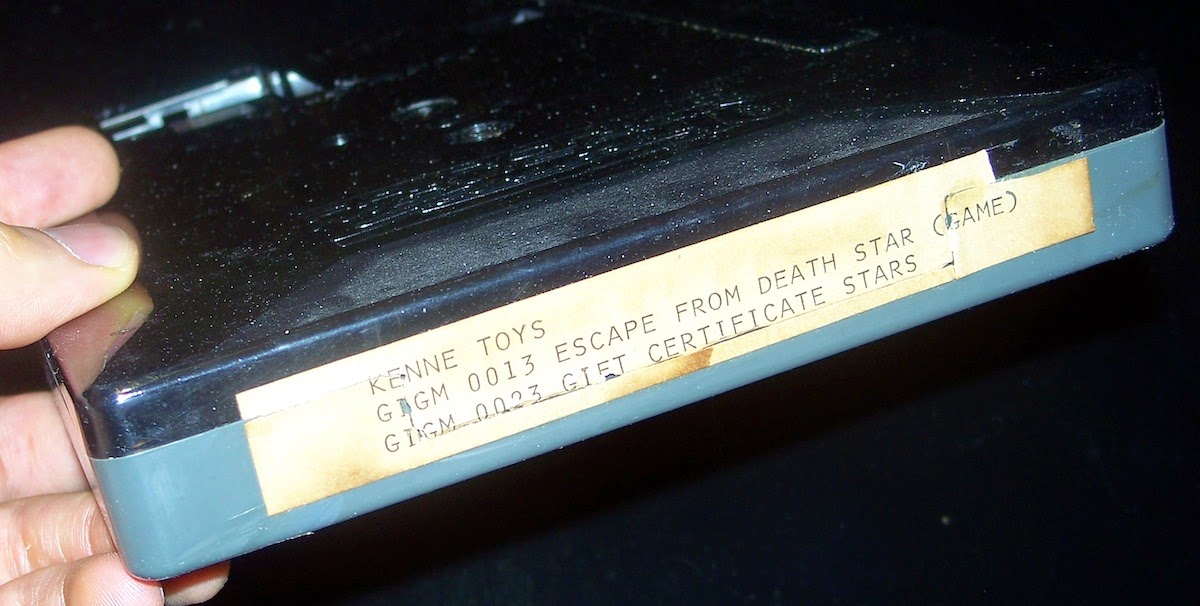 Prior to this cartridge surfacing, it was a matter of some debate whether an EB television commercial had actually aired. Some collectors remembered it, others didn't. Here's a version of the commercial on YouTube. It was probably ripped from a version mastered using this cartridge.
Posted by Ron at 9:00 AM