There is usually plenty to see and do as a Star Wars fan at San Diego Comic Con and this year was certainly no different. The Lucasfilm pavilion at SDCC has become home to various licensees over the years including Hallmark, Del Rey, Mimobot, Her Universe, Petco, and Topps to name a few.

For fans anticipating new product from The Force Awakens there were plenty of teases. Following Revel's example of showing empty boxes at Toy Fair, other companies followed suit by showcasing placeholders for future announcements.

Hasbro had a large display case that would later be uncovered during the convention. 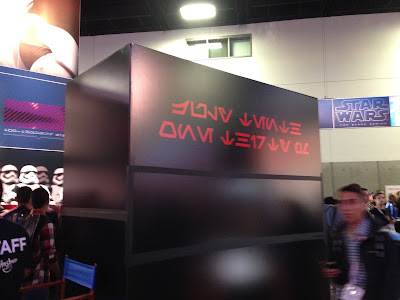 At the Hasbro press breakfast, Thursday July 8th, they continued the tease with a giant box. 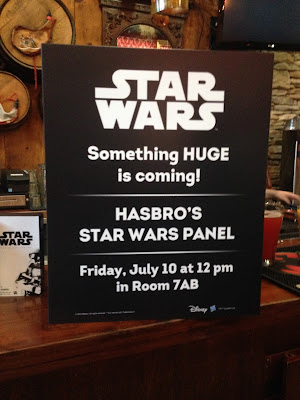 Kotobukiya was sure to let fans know that lurking in the background of their current products, new models were coming. 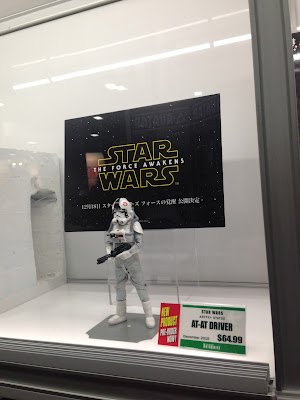 Del Ray displayed a placeholder The Force Awakens book. For those hoping to spoil the movie, you'll have to wait until the day of the film's release to read this one. 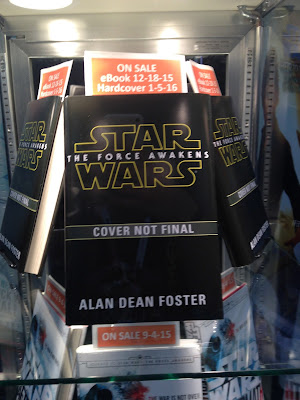 For those looking to purchase The Force Awakens merchandise, We Love Fine had one of the few items available for sale on the show floor, a 'mechanic' dress inspired by the character Rey. 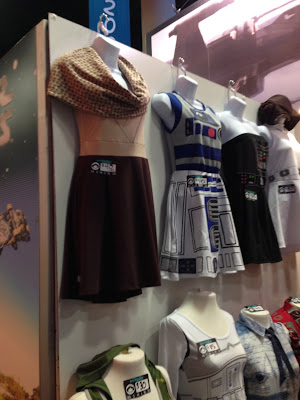 Hasbro sold their The Force Awakens "First Order" Stormtrooper at their booth which promptly sold out before the show was over. 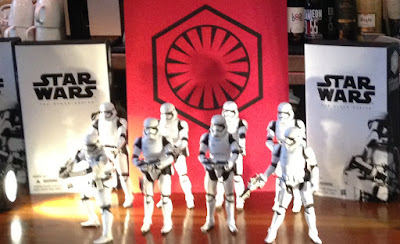 Licensed BB-8 items were nowhere to be seen. That was another story in artists alley where Ashleigh Popplewell, Heather Pryor, and Ninja Robot all had something for collectors. 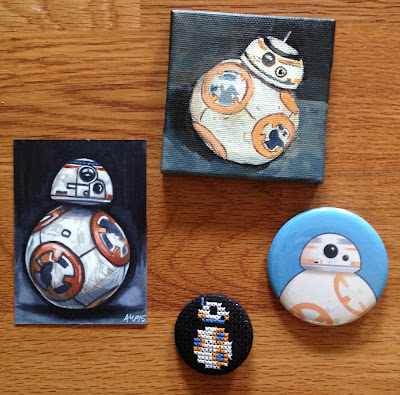 Beyond the show floor there were panels a plenty on 'Star Wars day' Friday at Comic Con. Toy licensees and high end collectible manufacturers introduced what product they could while remaining tight lipped about any product related to The Force Awakens.

Hasbro finally revealed what was in their case on the show floor, a 6 inch scale Special Forces TIE Fighter, pilot, and diorama. 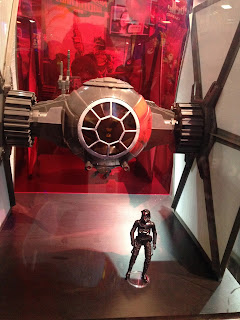 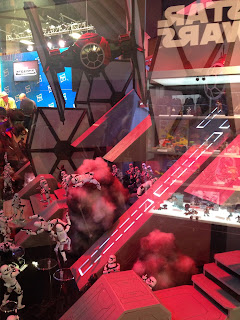 The main event, the Lucasfilm panel in Hall H was just as much about celebrating the past as it was looking into the future. We were reminded that Star Wars was introduced at San Diego Comic Con at the very beginning in 1976. 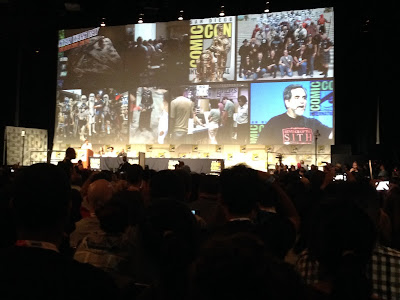 During the panel, fans were introduced to new Force Awakens characters as well as returning favorites.  Some behind the scenes footage and images from the new film were shown. Mark Hamill got the opportunity to talk about bringing Star Wars to Comic Con in 1976. 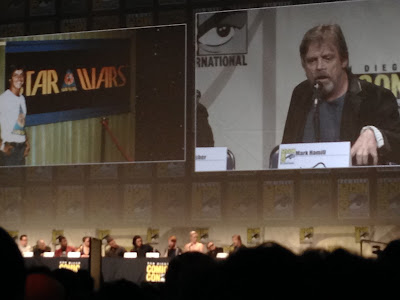 Directly following the panel there was an impromptu concert by the San Diego Symphony on the waterfront. The concert included all the actors from the panel. John Williams recorded a special introduction to fans and the night ended with a spectacular fireworks show.  Every attendee got a badge and a lightsaber with the logo 'Star Wars 1976-2015' again reminding everyone of the relationship between San Diego Comic Con and Star Wars. 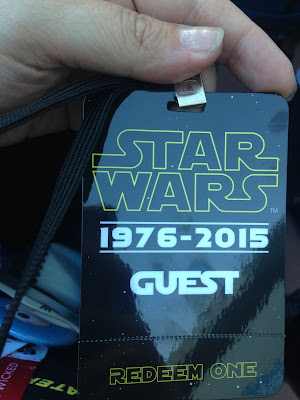 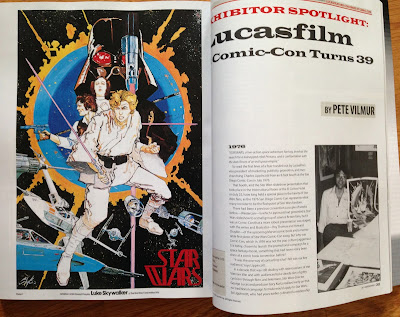 There were no posters by Howard Chaykin available to purchase for $1.75 at the Lucasfilm booth like there were in 1976, but for the lucky few at San Diego Comic Con 2015, we'll have memories to last a lifetime.