As a Chewbacca collector with a birthday in mid-September, you can imagine that I got a ton of stuff. 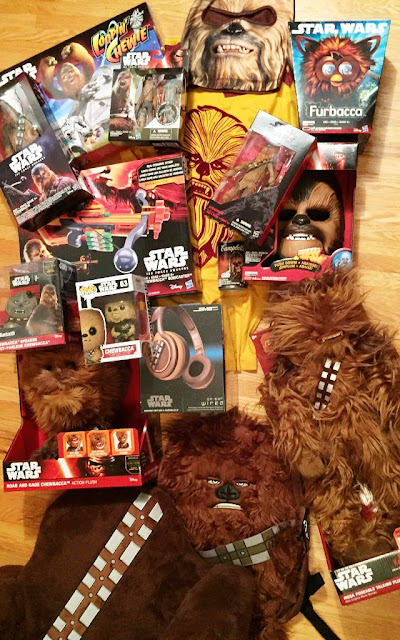 Hidden among the headphones, Furbys, action figures and soup cans was the “Super Poseable Talking Plush Figure.” It is an awesome, large size highly poseable doll that roars the Chewbacca roars, wears the Chewbacca bandolier and has Chewie’s baby blue eyes. 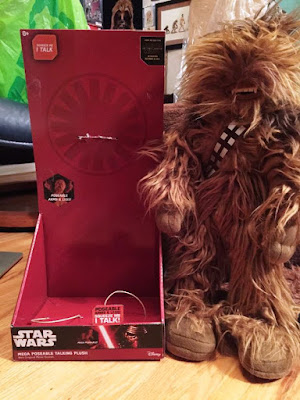 It seemed like a normal plush Chewie figure with slightly more play value. But we noticed something after taking it out of the package…

My son said “Hey Dad…why is there a First Order symbol behind Chewbacca?” 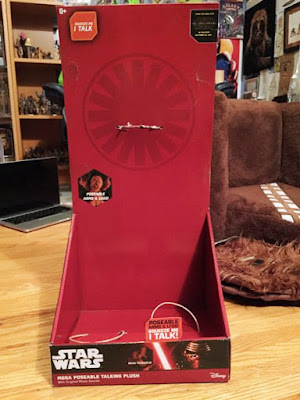 I said that I didn’t know and that maybe it is just a general logo for the film. But then again, other characters have their affiliation indicated by their logos on other merchandise. Why does this Chewbacca have the “New Empire” symbol behind him. Strange…

And then, my father noted that it does not say Chewbacca ANYWHERE on the box. I mean nowhere. Front. Back. On the tag. 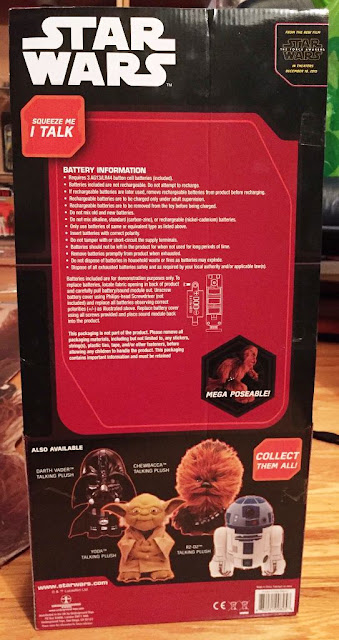 Nowhere does it say his name. Among the literally thousands of Chewbacca related items in my collection, this is the only toy not to carry his name. It is worth emphasizing that even the other talking Chewbacca plush toys released on the same day do use his name (particularly the amazingly cute “Roar and Rage Chewbacca”). 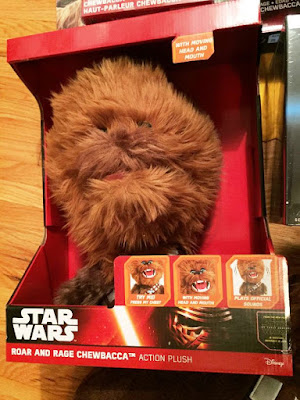 So, what is the deal? Why does this Wookiee with the same eyes, voice and bandolier of Chewbacca not carry his name? Why is he affiliated with the new bad guys?

At this point, I’m just going to call him “Whobacca.” As in, who is this? Evil Clone? Return of Snoova?    Does Chewie go to the dark side? Is this a “First Order” Wookiee?

Post your thoughts here.
Posted by Stephen Danley at 8:10 PM