With the sudden surge of Force Awakens products hitting the shelves over the next few days, it’s easy to be overwhelmed and lose sight of some awesome items that might otherwise run the risk of falling through the cracks. With that in mind, Yehuda and I want to once again give a shout-out to friend of the SWCA, Revell models.
If you recall, Yehuda and I had the opportunity to speak with the representatives of Revell at Toy Fair and then again at Celebration, and we were both won over by their enthusiasm for their products and their friendliness with collectors. I liked their whole attitude. And their models. So, if it seems like I’m gushing about them, I probably am. Because I like nice people. And I like cool Star Wars stuff.
As part of their Force Friday announcement, Revell sent us pictures of their first 4 SnapTite® Build & Play™ model kits, and I gotta say, I’m really excited about these. Probably more than any of the other Force Awakens stuff, to be perfectly honest. I think they have a cool vintage vibe to them, back when toys were fun and designed to be opened and played with. 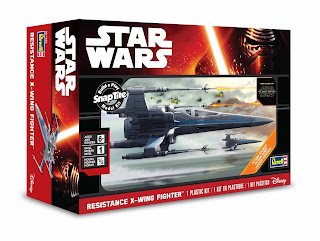 To start with, I think their boxes are awesome.  They’re using the same basic design color scheme that Hasbro is using (you can read our review of Hasbro’s package design here), but Revell simplified the cluttered look which plagued many of the other licensees' packages and really made the vehicles pop. They look fast and cool and make you want to play with them. 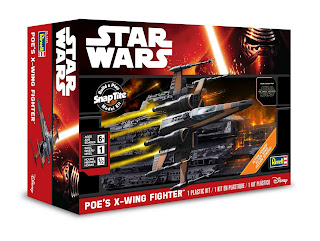 For another, I like that the models themselves look complex enough to be fun to put together, but won’t require hours of time to assemble (only about 30 minutes), which is always good. Because I don’t have that kind of patience. :)


Of the models they’ve released images of so far, I think Poe’s X-Wing is probably my favorite. It just looks… fun. It’s a cool size and it looks super detailed.

Apparently, all of Revell’s Star Wars models for The Force Awakens were designed with the same computer data used to create the actual movie props, which they say results “…in strikingly accurate facsimiles of the vehicles that moviegoers will experience on the big screen.” 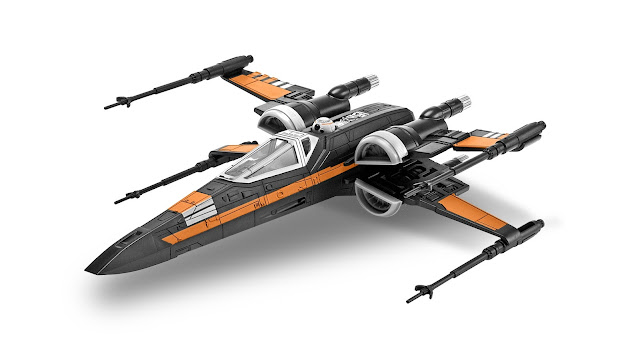 From the pictures, I certainly don’t doubt it. They look really nice, especially since you can put them together in so short a time and they’re already painted. 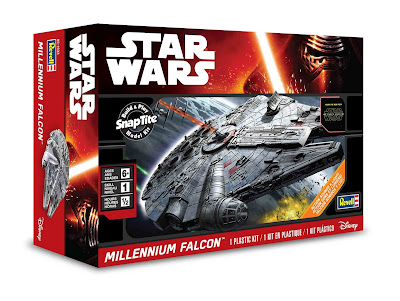 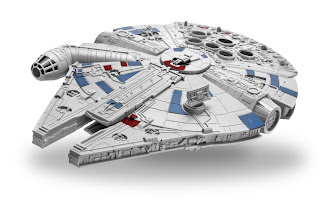 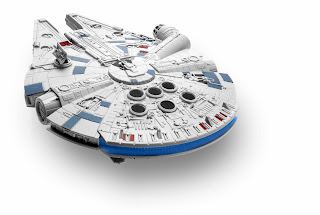 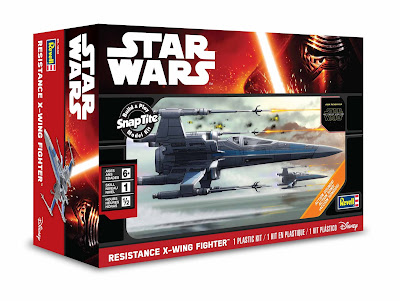 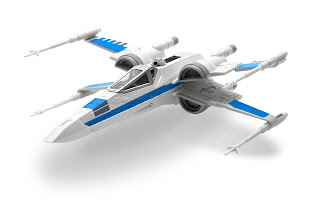 The images which have been released so far are all part of their SnapTite system, which seems to be aimed at the young or amateur modelers (like me), but we’re told that November will see the introduction of Revell’s: “…The Master Series™ consisting of three classic Star Wars paint and glue kits from Fine Molds™ for serious Star Wars model enthusiasts. The Master Series™ Fine Molds line will include 1:48 scale X-Wing™ fighter and Tie™ Fighter and 1:72 scale Millennium Falcon™ models with piece counts up to 900, providing the highest degree of detail of any model kit available.”

Which sounds involved and awesome and something I’m going to have to work really hard to be worthy of completing. The last time I tried to put together a model that complicated, I was 8 and ended up gluing newspaper and the box to the model to the kitchen floor. But I’ll have fun looking on in awe as Yehuda no doubt assembles all 900 pieces of the Master Series Falcon in record time and makes it look like an LFL prop model or something.
Or not. But either way, it sounds like a lot of fun trying.

Finally, a small thing I noticed that I would also like to commend them for: their ad for the TIE Fighter model features a girl putting it together. You don’t often see that in a world where Star Wars toys are traditionally seen as the domain of little boys, but as a volunteer in a class filled with 4th graders, I can assure you that little girls like Star Wars just as much as little boys. Nice to see a company understand that and make sure that everyone feels included. Well done!


They also sent us a few more of their ads, which show the models in action and the assembly process. I like the simplicity of the ads, emphasizing their fun rather than overwhelming you with explosions or extraneous visuals, like most commercials of this kind do.


All in all, the models look like a ton of fun and they’re only $19.99, batteries included. How can you go wrong with that? To be completely honest, again, I haven’t put together a model since I was a kid. But I’ll buy these.
Posted by Tommy Garvey at 2:38 PM