Remember Vintage Star Wars board games? The ones hiding out in your collections. Maybe on a lower shelf, unplayed for years or even still wrapped in cellophane. Likely many of you played them when you were younger and now they are more appreciated for their box art than their play value. I decided to blow off the dust and give a few games for a spin (pun fully and unapologetically intended). As I quickly discovered, some games hold up much better than others in play value.

Here are the three games I tried this week. 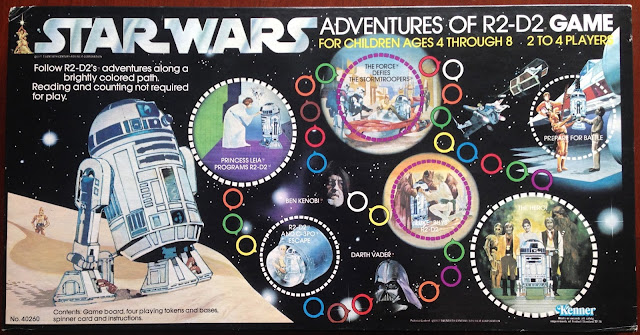 Adventures of R2-D2 is undeniably cool from the artwork alone. It's also the only Kenner game I played this week. Inside, the text on the board transports you back in time with its funky font. 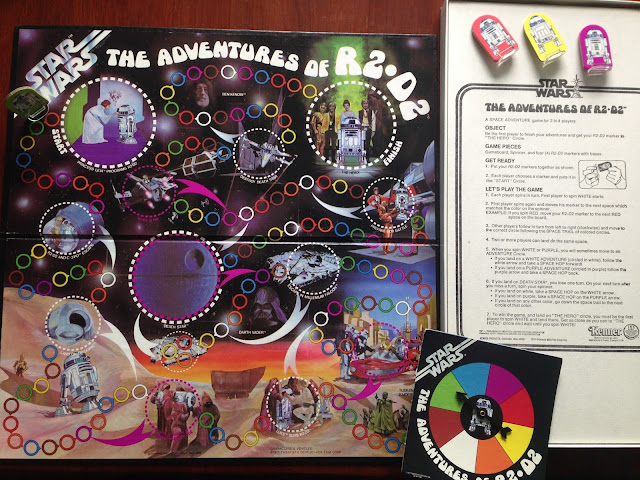 I'm tempted to frame this board as I don't think I could play this game again.

The game itself is easy to set up and play. Honestly, Snakes and Ladders has more complexity. You can have your pick of characters (assuming your selection is R2). There are 2 different colored R2 pieces to choose from. Players take turns spinning a color wheel and moving to the corresponding color dot till you reach the finish. The game is over eventually and the players (if you're over 6 years old) get bored pretty fast. But for the R2 fan, you may get a kick out of this pictorial telling of Star Wars from R2's perspective.

Check out that finish circle, I'm guessing R2 fancies himself the real hero at the end of the film. 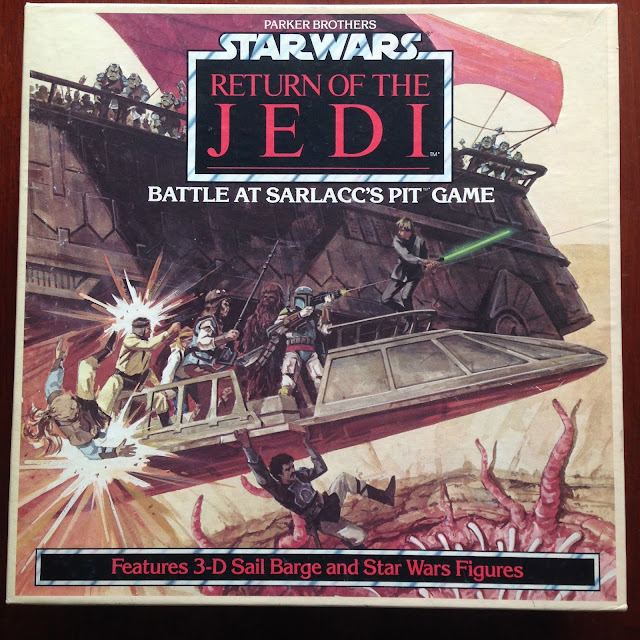 Battle At Sarlacc's Pit is undeniably cool in premise. The entire game board is built around the box. Like the instruction booklet may suggest, there is some assembly required. In fact, 3/4 of the book is devoted to assembly instructions. 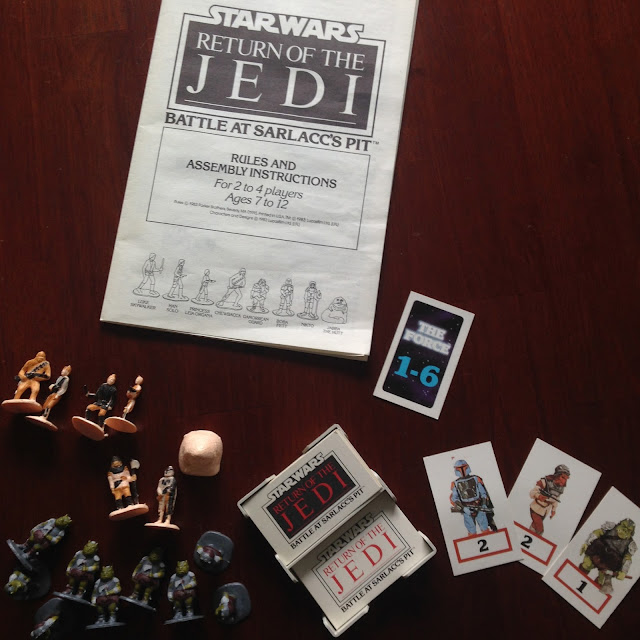 Setting up the game took more time than playing the game, which could be a good thing if you like setting up dioramas. 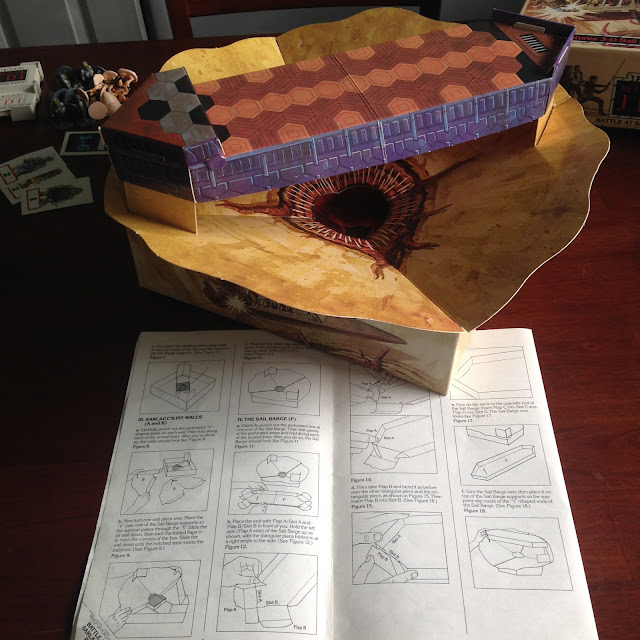 The final set-up (assuming you followed all the instructions) should look like the image above. The Sarlacc Pit is in the base of the box lid and the skiff hovers above. Game pieces include painted figures of Jabba, Boba Fett, and Chewbacca, to name a few. There are also two decks of cards. 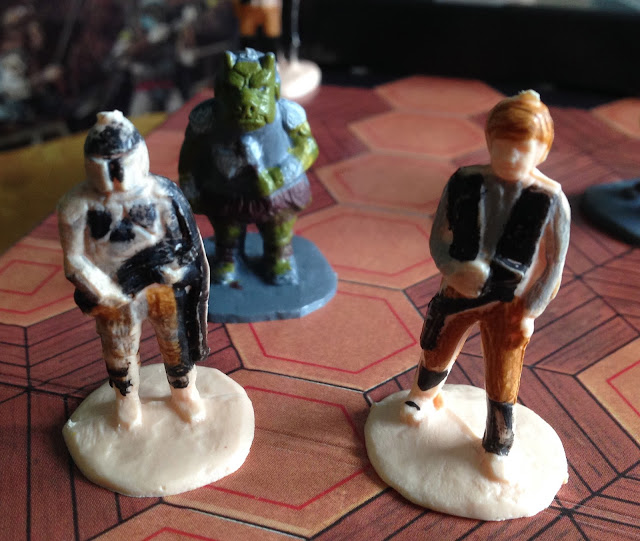 It's a bit of a stretch I know but that is 'Boba Fett' on the left...I think.

As you play, the whole objective is to move up to Jabba, knocking other players in your way off of the barge where they slide into the pit below. 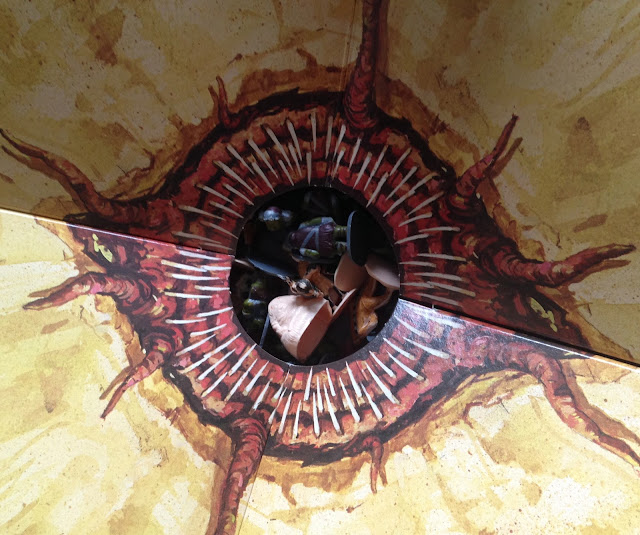 This game definitely has some great things going for it: plastic mini figures, a 3-D game board, cards to move instead of a color dial. But in the end, it is not as complex to play as it is to assemble.


EWOKS SAVE THE TREES! 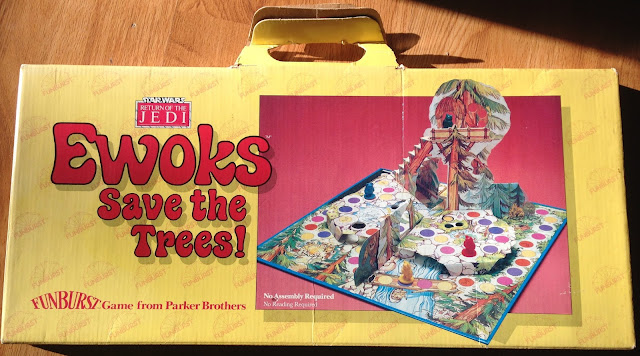 My final game is a slightly lesser known board game called Ewoks Save the Trees! It comes in a bizarre briefcase box complete with handle. Inside is a fully assembled 3-D pop up Ewok village that stands nearly 18 inches tall with multiple levels of game play, 4 Wicket figures, and an instruction sheet. 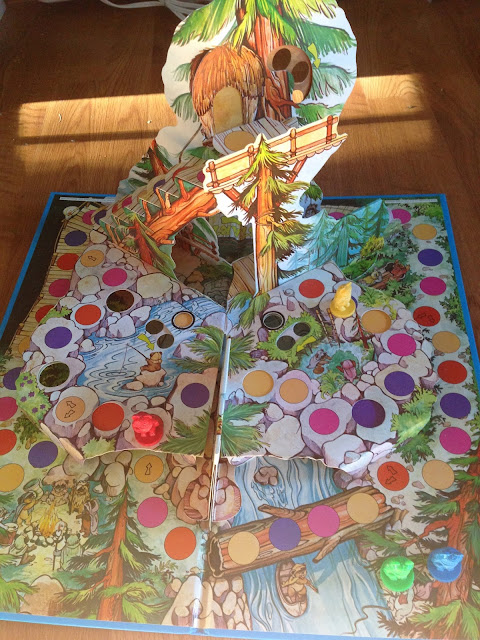 The primary game movement comes from dialing colored discs (yes, exactly like rotary phones). The constant turning of color dials within the board also generates holes in which the players can fall. 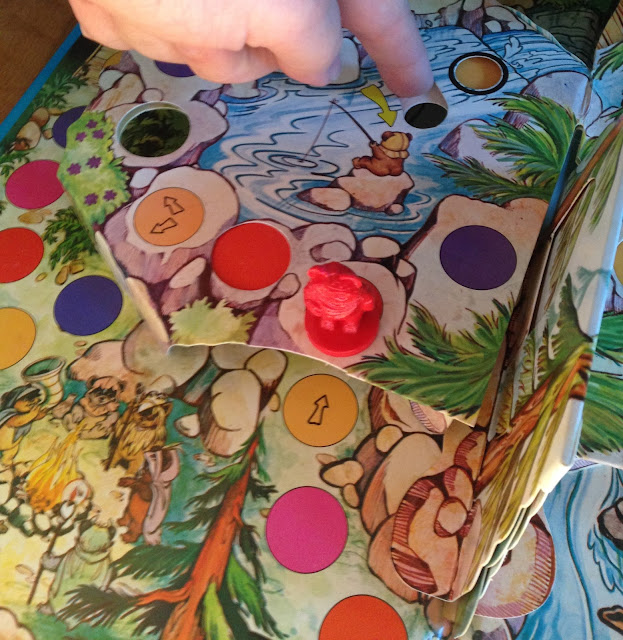 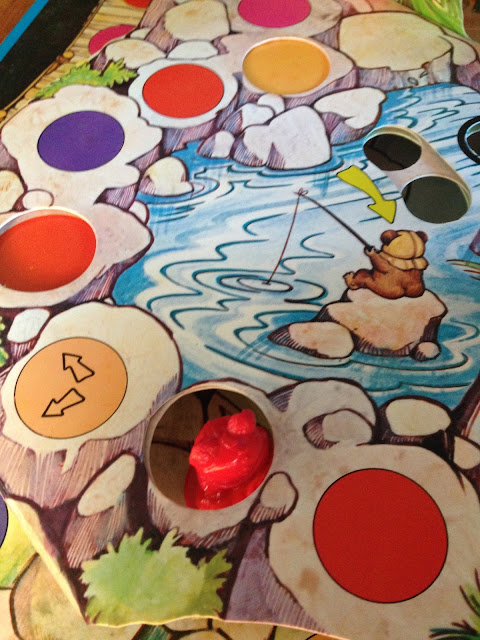 Trapped for a round!

You can use this to your advantage by moving ahead while other players are trapped. You can also block your opponent by sliding Ogres in their path. 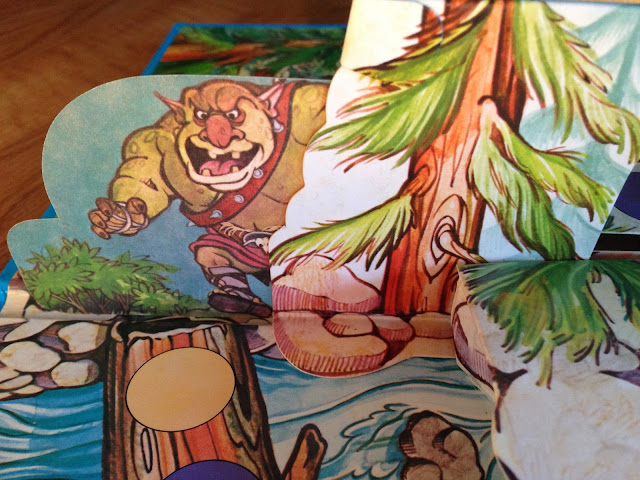 The purpose is to ascend to the top of the Ewok village and dial for an open door to enter the tree hut. 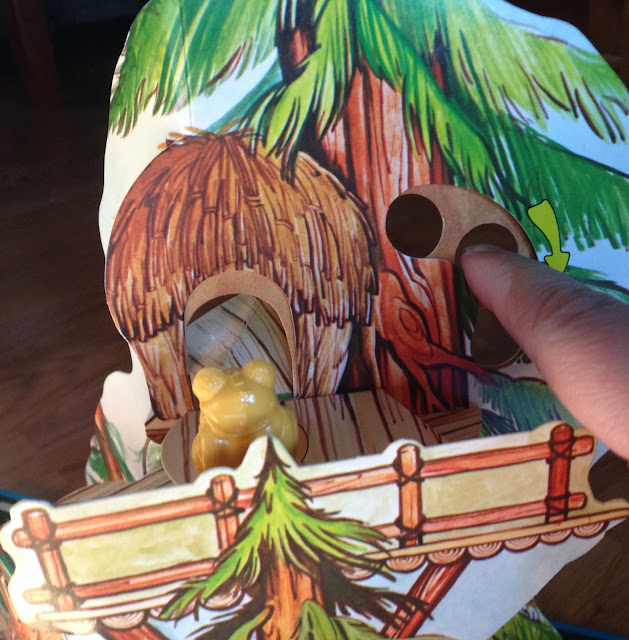 With the added layer of strategy and the Ewok theme, this game was my favorite to play even though it is still a quick game to finish. The board artwork, game play, and set-up were all great.

But let's not fool ourselves, there is a reason these games mainly remain on our display shelves: we're not 8 anymore. While most of these games verge on the bored side of board games, reacquainting yourself with the artwork is the real reason to open up the box.
Posted by Amy Sjoberg at 7:30 AM