While it may seem late to say that (unless you celebrate Chinese New Year), this is my first one of the year being the lazy collector I’ve become. It is St. Patrick's Day, though.

Nevertheless, I’ve found a few great pieces to talk about to start off the year. From first shots to 3-packs, there has been a lot of fun movement in the market this year. Overall this is pretty typical for the post-holiday season. It seems that Vintage has moved away from the month of December and now has January and February as its high points for the winter months. And if you think it through, it makes perfect sense.

Everyone is time constrained by the holidays. Even if you don’t celebrate any holidays in December, you’re still caught up in everyone else's holiday stuff in some way. This leads to less time to buy and list, leading to fewer available pieces in the market.

Money is money and if you’re anything like my family, December is one of the most expensive months of the year. This then leads to less spending in December and more purging in January.

Tax season – most collectors are still of the working age and each year a large percentage of collectors get there tax return check in February or even early March.

Given these factors, it's easy to see why the 1st quarter of the New Year has become a great season for Vintage toys.

For those of you following the blog for a long time, you know that I can never resist to post the sales of Vintage 3-packs. I have a bit of a soft spot for this segment of the line. This series is one of the most aesthetically pleasing and well-designed in the hobby. The colors, the figure combinations, the use of true bubble on the package all melds together to bring out everything that was great about the Kenner line. Throw in a dash of rarity and you have yourselves one hell of a cool product.

This month we have an example of the "Villains" 3-pack, although the set should have been more appropriately named the "Empire" set. Featuring a Stormtrooper, Death Squad Commander and Darth Vader himself, this particular 3-pack has always been popular with collectors, and because of that it can fetch a hefty price. In this case we have an ungraded but sealed example in C8 condition. The price of $5,300 is spot on for a set in this condition, almost bordering on cheap. The winner should be very happy with the results. 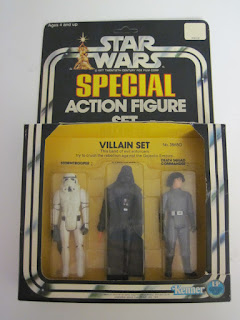 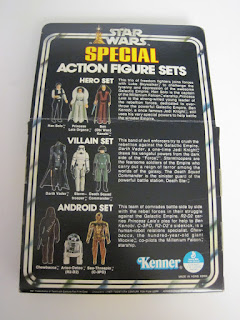 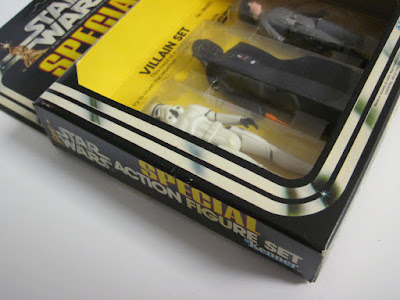 Store displays have been on fire for the last few years. Thankfully I’m not speaking in literal terms, but you get the idea. The store display segment of the hobby has become so popular that last year we spent an entire update covering an entire array of great items coming up on the market.

With challenges of not being able to keep up with demand for the action figures, Kenner ramped up production not only on toys themselves, but also the quantity of point-of-purchase displays produced during the Star Wars era. Many large display headers, bells and other P.O.P. were never even used in actual stores, and stacks made their way into the hands anxious collectors as well the attics and basements of old shop owners. Thus, the vast majority of store displays that have survived until today come from this era.

The example we have here isn't one of most common displays from the Vintage Star Wars line: This Version of a 21 Figure Header display is one of the last released and more rare of the 21 Figure Headers.  This is a great piece overall, and in great condition. Given that, the price seems right on one of this caliber. Personally, I’ve always loved cardback artwork and I think one of the best things about this particular display is that it borrows from the movie images much like the cardback artwork for the line and that makes it unique unto itself in the category of store displays. Additionally, it’s the First 21 -- the vast majority of everyone’s favorite characters. 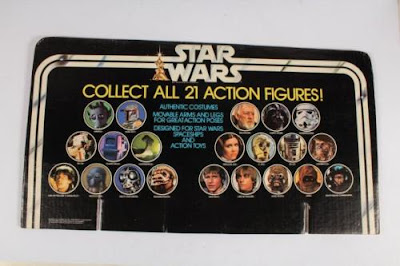 Rounding the corner home this month we have a staple of the hobby: a MOC Vinyl Cape Jawa. Often looked at as one of the most sought after “rare” production pieces in the hobby, the VCJ will always bring attention, even loose. This piece caught my attention given its small price tag (which was driven by the fact that the cape itself is discolored), but also by the fact that it was listed as a BIN with a reasonable price. With examples selling for north of $10K consistently, this was a really nice grab for someone who wants something nice, but not perfect. 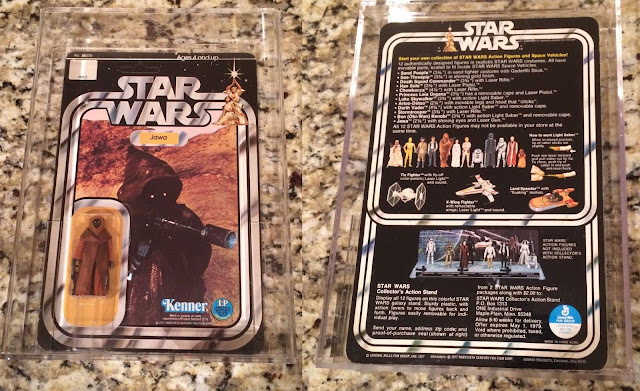 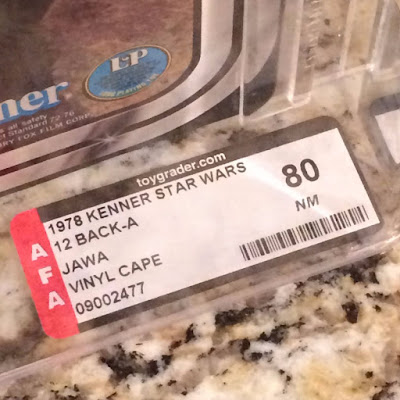 Finishing off this month’s update we have two pieces from the unproduced Ewoks and Droids cartoon toy series. Considered by many to be one of the greatest toy lines never to reach the shelf, the 2nd Series Droids and Ewoks figures have become something of legend in the hobby. Prices over the years have continued to soar on these pieces and it’s not difficult to see why. The detailing and representation of these characters from 2D to 3D is one of the most accurate representations of all time. Driving this is the improved product design and detail that Kenner was able to produce in their later Star Wars lines such as Power Of The Force. However, a lot of credit has to be given to the animators of the series as a whole, as these toys were ultimately representations of their creations. That lead to some very distinctive characters that were unlike any other cartoon or toy line at the time.

Many of us know the story of why the line never hit stores, so I won’t re-hash that here. But if you would like to learn more about this line please visit the Ewoks and Droids Prototypes Archive Database section for details on the series.

The first figure that we have is Weechee -- one of our furry friends from the Ewoks line. Weechee is one of the more coveted of the characters in the unproduced wave of Ewoks figures. Unlike Paploo or Chief Chirpa, he wasn’t part of the original theatrical release of Star Wars toys based on the Ewoks in Return of the Jedi. The color scheme used and the detailing of the prototype blend together well to create a different and exclusive character for the series. Although we don’t know the final sale price. 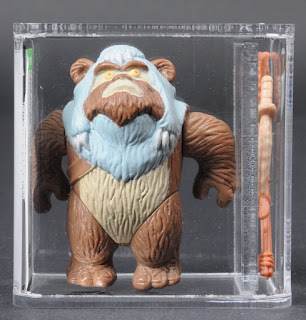 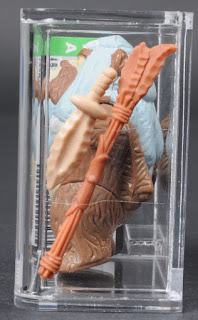 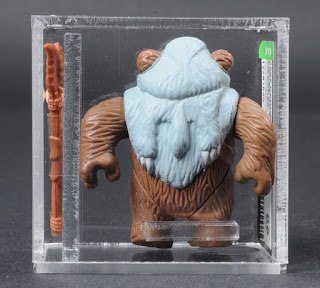 In addition to our furball Weechee, we had another amazing and rare piece come up this month in the form of Vlix from the Droids series. Unlike all of the other characters in the 2nd series of the Droids figures, Vlix was actually released -- but on a very small scale by Glasslite in Brazil. Because of the location and small production quantities, only a finite amount of Vlix production figures still exist today and can be seen on the market for anywhere from $3,000 in poor condition with no weapon, to $7,500 for a great example with its weapon.

The example we are presented with, however, is not Glasslite and not production. Like Weechee above, we have a first shot prototype of Vlix from the Vintage Kenner line. With that, the game changes drastically -- in this case selling for an estimated value double that of the Glasslite production pieces that have recently traded, and even significantly up from the other first shot figures from this line. 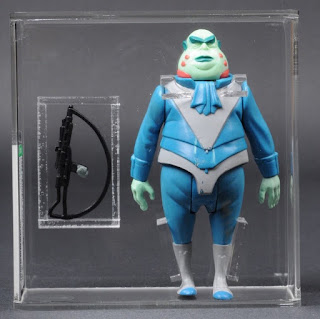 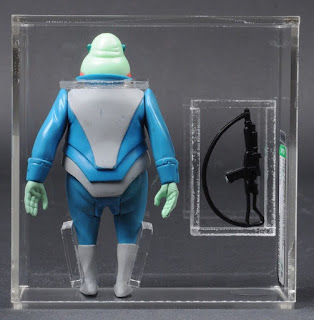