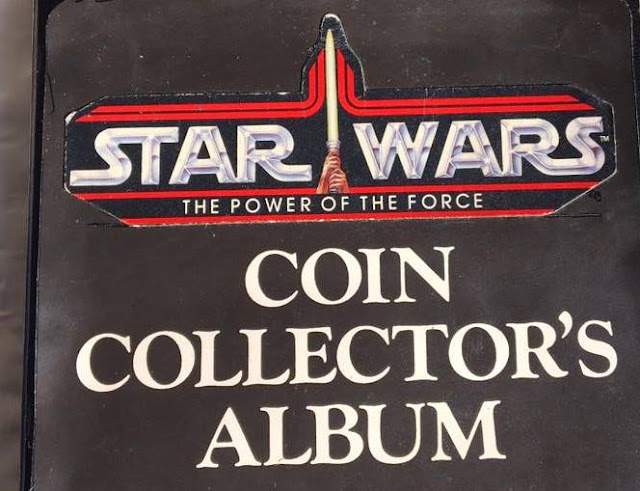 Guest blogger Will Grief is here to shed some light on a recent pair of discoveries pertaining to the Power of the Force coins, namely a variation of the Romba coin (everyone's favorite EWOK warrior who uses simple EWOK weapons) and a unique example of the abandoned Coin Collector's Album.

I wanted to share a new coin variation that I "discovered." I figured this one out when I was matching my coin album to the photo sample album in the slide/photo Tom Derby sold awhile back.


When looking at each of the coins, I noticed that the Romba image on my coin seemed far away from the text at the top...and that also matched the Romba coin in the photo. Then comparing it with the Romba coin from my set, it was clearly different. 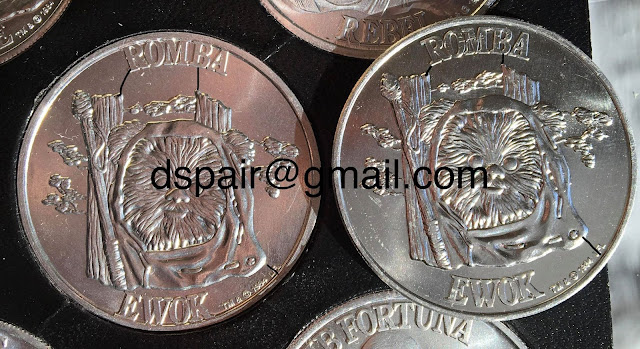 The text on the album coin is closer to the edge and the image is also farther away from the top, creating a large space between the text and the image. The Romba coin from the album was likely the initial version and then at some point they corrected it so the image was better centered and the text was not abutting the edge. So there you have it...a "new" coin variation for you guys to go hunting for! Please post if you happen to have one/find one!

Also...I’m including pics here of my coin album. This album is unique and handmade. It turns out it’s *THE* album from the photograph! 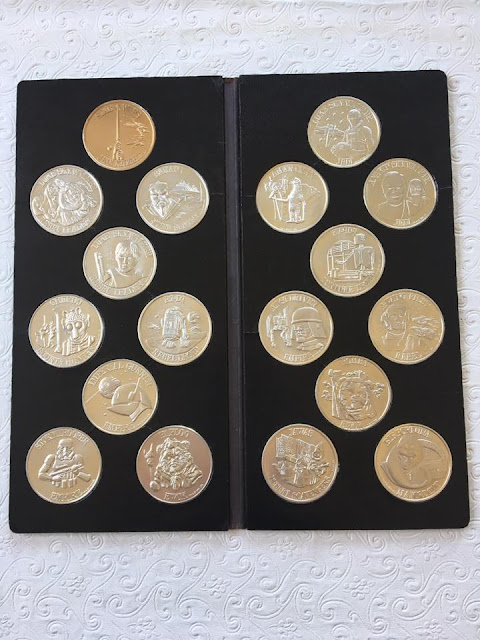 Check out the pics...you can match the stress lines and various other subtle defects. It was likely not only the "photo sample," but also the first working model for the album. The circles are hand cut. The edges are touched up with marker to appear black. The logo is pasted over another logo. And it’s possible that that underlying logo is pasted over another smaller one! The logo is made of photo paper with a mock-up POTF logo sticker stuck to it. The underlying logo also is made up of a POTF sticker....but I don’t want to peel the top logo completely off to see everything underneath! 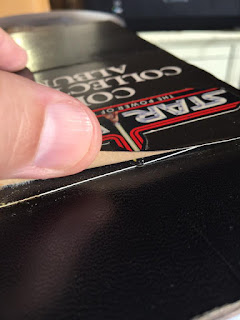 I had the chance to compare mine to Gus Lopez's (thanks Gus!), and his looks like a later version as the logo is a single piece photo. If I recall correctly, on his it also has the felt background similar to the final album. 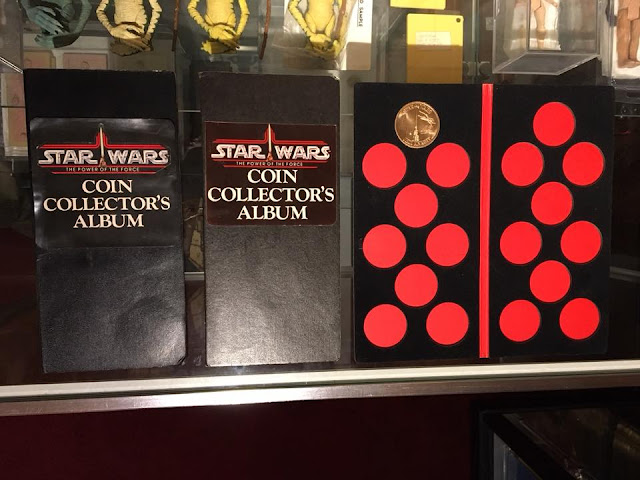 Another cool "discovery" from the album is the 63rd coin is painted gold...but only on the front. The back is blank! What this implies to me is that Kenner was probably pulling another rush job and pushing Osborne to give them a coin for the photo shoot, but they didn’t have the back die done yet. Kenner would have only needed the front for the picture in the album. Of course that’s all conjecture on my part, but I can’t think of another good reason why. It is cool that it validates the blank back 63rd coins.


Anyway, thanks again to Andi Daniels for originally selling it to me a couple years back! It’s a treasure in my collection!
Posted by Stephen Danley at 3:00 PM