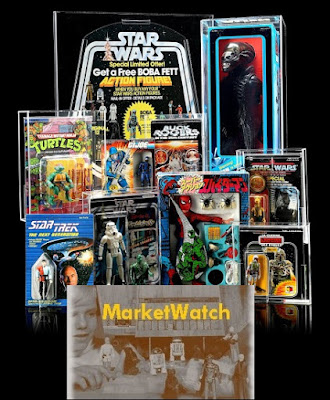 
Well the time has come and gone, and much like the day following Celebration or some other major hobby event it feels almost surreal.  What was one of the biggest presentations in the modern era of an extensive grouping of items from the Vintage era has closed, and now we get to look back at the fun and of course look at the selling prices for one of best groupings of Star Wars items to come to auction in recent history.

It kicked off on Wednesday February 27th with a Q&A session with of Return of the Jedi Producer Howard Kanzanjian. This part of the event was enough to attract collectors from all over the states and even the Great White North. It was a rare chance to meet someone who worked behind the scenes on not only a Star Wars film but other productions by Lucasfilm as well.

Howard’s involvement with the event didn’t stop there, as his collection was one of the cornerstones of the auction. It created a nice bridge for an auction house that typically specializes in props vs. toys and collectibles by giving the participants the chance to bid on items from the fringe of those two categories with cast & crew items and internal awards from Lucasfilm. In addition to these items, Howard’s toy collection that he acquired through licensee samples and other means directly with Lucasfilm was also available, including some extremely rare pieces which we’ll cover later in the article.

The two day event for the auction itself was well structured and had a lot of ups and downs that kept things exciting. Whether it was the cheering of winning bids going way above the estimated price or the jeering for those that got a great deal on items, the atmosphere was fun through and through.

A lot of people look at this event as another extension of large scale auction houses getting into a category that has been dominated by eBay for the past 20 years running, and that’s correct on one hand, but completely out of context on the other. For example, looking at the Hake’s auctions over the last year in comparison to this particular-event would be like comparing Radio Shack to Best Buy.

The breadth and depth of the items offered at Prop Store was more vast in every respect. Near full runs of production items, coupled with a slew of pre-production and not-for-resale items like store displays are just a few of the reasons that this auction is so different than others.

With something as expansive as this, there’s no way that we can cover even half of the amazing pieces that were available.  So for those of you who want to take a deep dive into all 700+ lots offered please see the total catalog results here.

Here are my personal favorite items from the show:

As mentioned, the expansiveness of the production items in this auction was second to none.  Whether you needed a rare mailer, a 12 Back Luke, or just a loose B-Wing Pilot, it was available. In this category some of the highlights included an AFA 85 Droids Boba Fett with a clear bubble, one of the nicest Droids Fett examples I’ve ever seen. 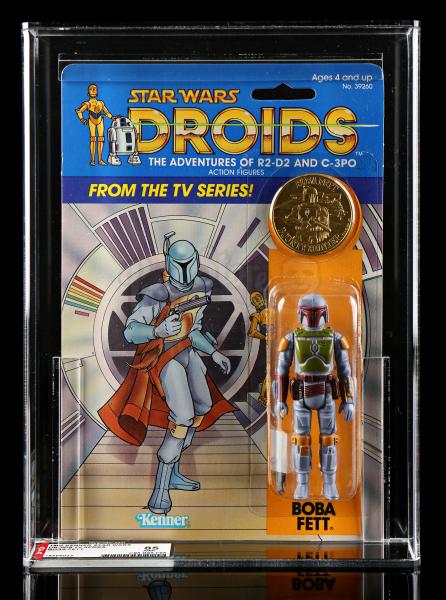 Outside of traditional off the shelf items we had a rare ESB Line Art 15-pack, one of the few grails in the world of catalog multipacks graded with the correct baggies.  Lastly on the production front, there was a good selection of the Special Offer 3-packs. Yhe standout for me was the Droids Set, one that’s not as rare as some of the others, but one of the best condition examples I’ve come across in my brief collecting career.

If you’re confused as to what I mean by the title here, it’s pretty simple. These are things that should have never made it into consumers' hands. Store displays are the key category under this banner and there were some great pieces up for grabs.

The most notable of all of these was the Pedal Car Speeder Bike new in box with unused display. Something that may be one of a kind in this day and age, it was a spectacle to see one surface and as you can see below, this amazing piece of Kenner history almost hit $25K in selling price. 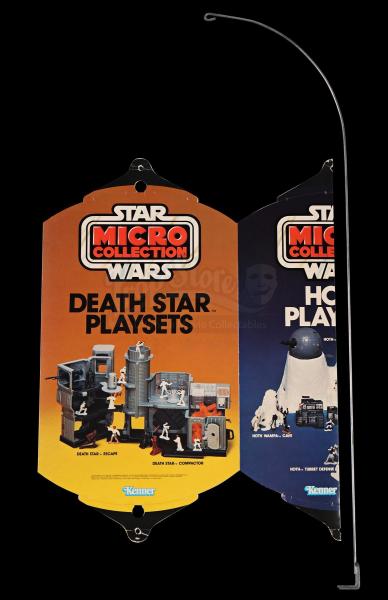 On the store display front, we had a few great pieces come up.  In total, three store displays with their original shippers and hardware were up for auction. Finding these with a shipper is beyond rare in general, but especially so for the three-sided Micro Collection display and the biggest header display from the Kenner line, the ROTJ Battle Scene. Both pieces rarely come up for auction and to find them complete with shippers may be a once in a lifetime situation for some collectors.

Lastly and definitely not least was the Canadian store display for the Chewbacca plush doll. Whenever these come to market heads still turn. A few inches taller than the production piece in the states, this guy stands at nearly 4 feet tall and is truly a sight to see. 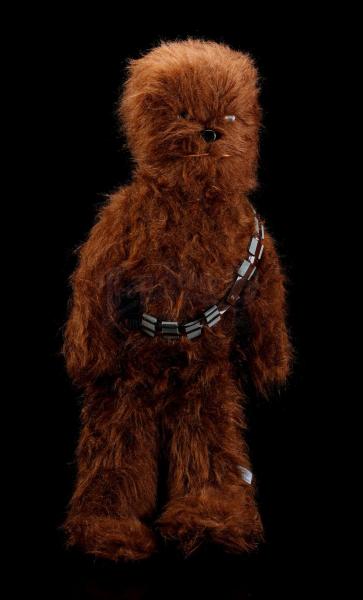 So there was a nice mix of some great deals on super rare items and great prices realized on some even rarer pieces.

One of the things that really differentiated this auction from others was the number of unique items. When it comes to pre-production, the gap between other auctions was widened incredibly. With nearly 50 pre-production items from vintage toy lines included in the auction spanning the gamut from wax sculpts and first shots to proofs and internal Kenner documents, there was something for any pre-production collector out there. 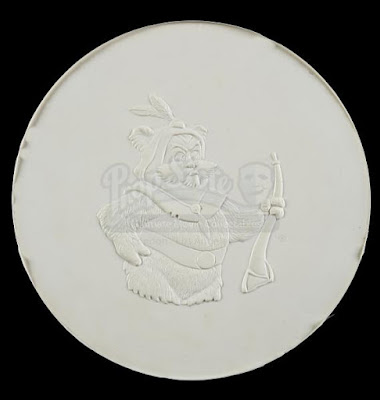 One of the key pieces that we rarely see come up for sale was the Paploo 6-Up soft copy coin from the 2nd series of Ewoks cartoon charters. Most of the time these trade behind closed doors, so seeing one in an open auction was refreshing and gave us a good look at the true value of one of the less popular character examples. 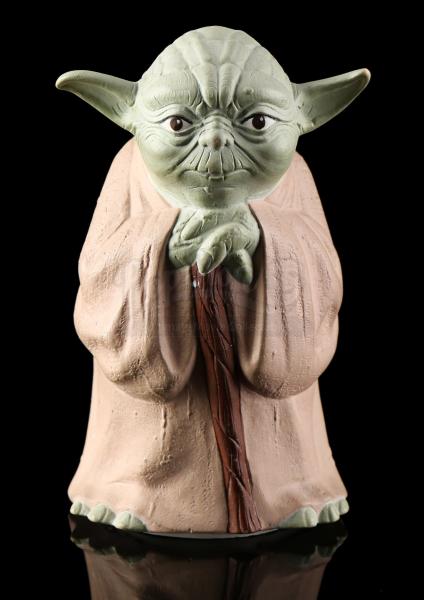 The small green Jedi Master Yoda was at the center of two of the auctions with a hardcopy of the Yoda 8-Ball figure, along with a hand and cane from the unproduced Talking Yoda doll. Both did very well in terms of over all price given the rarity of each. 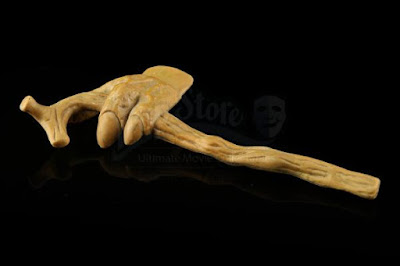 Lastly were a few items from the Revenge and Return of the Jedi series. The highest watermark ever for an AT-AT proof sheet was realized, nearly doubling the going rate of just two years ago. 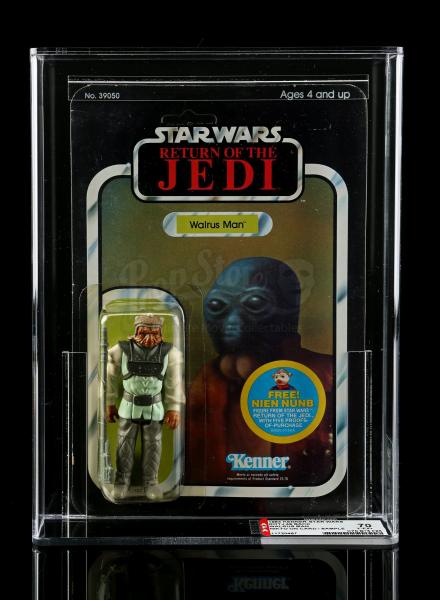 Following behind was another piece from the Jedi line, a Nikto Engineering Pilot on a 48 Back Walsrus Man cardback. This is one of the few found years back by a well known collector from the Carolinas and one of the best examples of the bunch, pulling in a grade of 70 with most examples in 50-60 condition or worse.

One of the most heavily featured items was the Indiana Jones Temple of Doom Mola Ram wax sculpt. The piece came in just short of meeting its reserve price, which unfortunately was a bit of a trend for some of the higher end pieces in the auction. 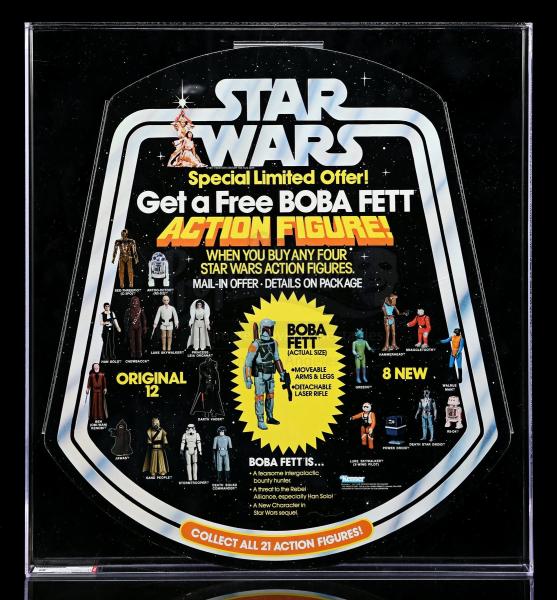 The "Collect All 21" Free Boba Fett bell display was another surprise when it came to items not selling, although with a high reserve on it and the fact that these are much more available than they were even 2-3 years ago it’s maybe not a surprise, but more of a disappointment.

All in all it was a fun event with a lot of great items to view. Prop Store is looking into additional events in the future, so make sure you sign up for their email list and visit their site regularly to make sure you don’t miss out on something epic!