Palitoy's Droid Factory: Base for Your Face!

All-star guest blogger and internationally recognized sex symbol Yehuda Kleinman continues to give us great material related to worldwide toy variations. A while back he posted about the Palitoy Death Star. Here's his latest, on the Palitoy version of the Droid Factory.

After the initial Star Wars release of 1978, Kenner remained a tough act to follow, as they continued to revolutionize the toy market with creative new ideas. In 1979 Kenner introduced American children to  the Droid Factory playset. It was the first Star Wars playset that a company produced that was never actually referenced in the movie!

The toy consisted of a large, hard, durable base with a mobile crane to move the droid parts around. It also included a few dozen droid parts, including five droid bodies, multiple droid legs, connector pieces, arm attachments, wheels, axles, and treads. All parts were interconnectable and allowed the user to build five complete droids at the same time, including an R2-D2. 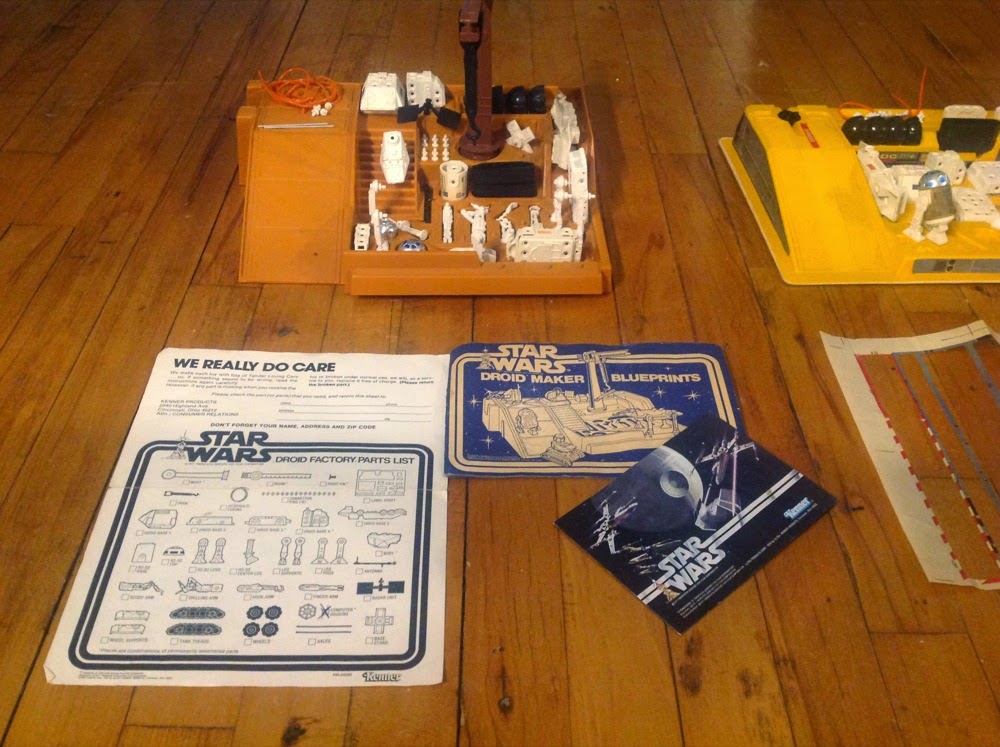 When Palitoy was designing their version of the Droid factory, the company aimed to cut costs while maintaining the features and character of the American toy. Palitoy realized that they could not redesign the entire Droid Factory out of cheaper materials -- as they'd previously done with the Death Star Playset -- and still produce a viable product. Therefore, the toy was produced with the droid parts that were already available in the Kenner product, and all cost-cutting was achieved via production of a completely different base.

The Kenner base was made out of a thick plastic that could easily handle many hours of rough play. The plastic base was also strong enough to support the durable plastic crane that attached with a press fit in its center. Additionally, it was produced with many molded compartments to hold the assorted droid parts. 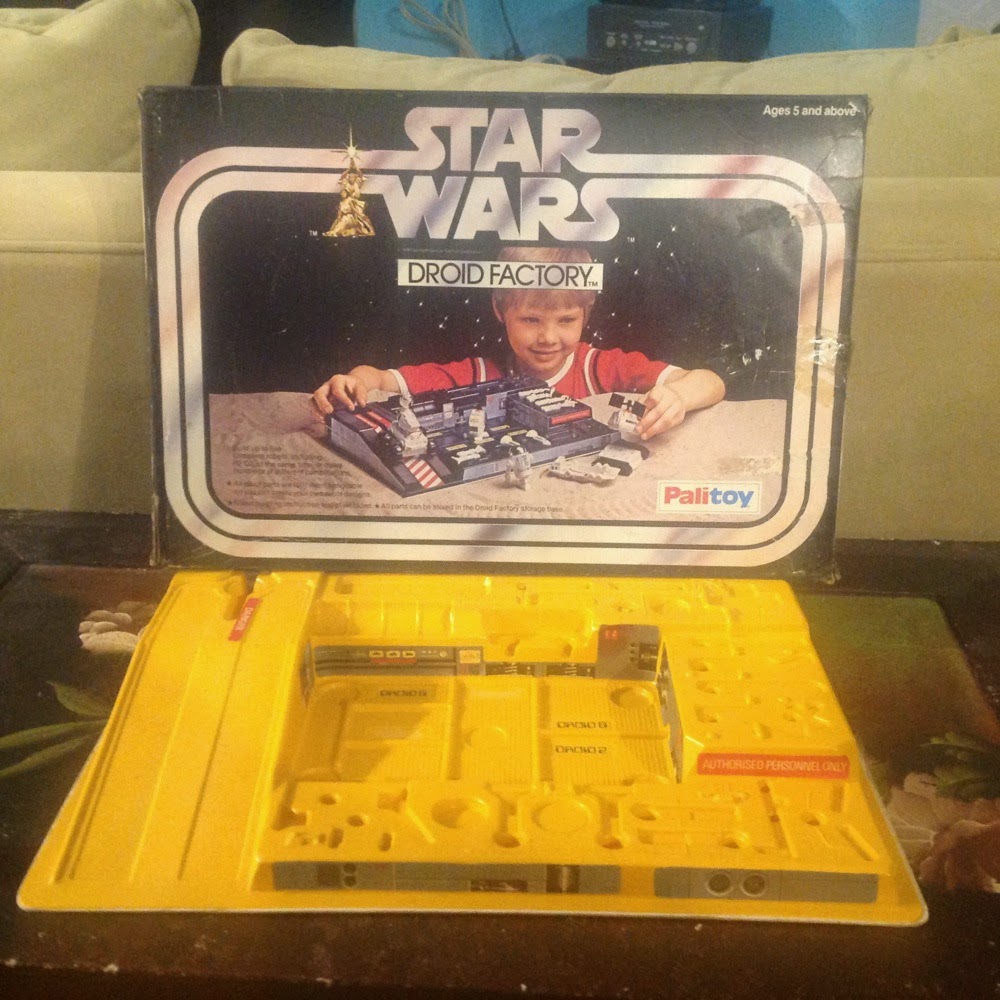 In contrast, the Palitoy base was made of a thin vacuformed plastic that was stabilized with a cardboard flat bottom. Due to the limitations of the cheaper material, the base features some significant differences. Specifically, it has more rudimentary compartments for the droid parts and is not strong enough to support a robust crane. 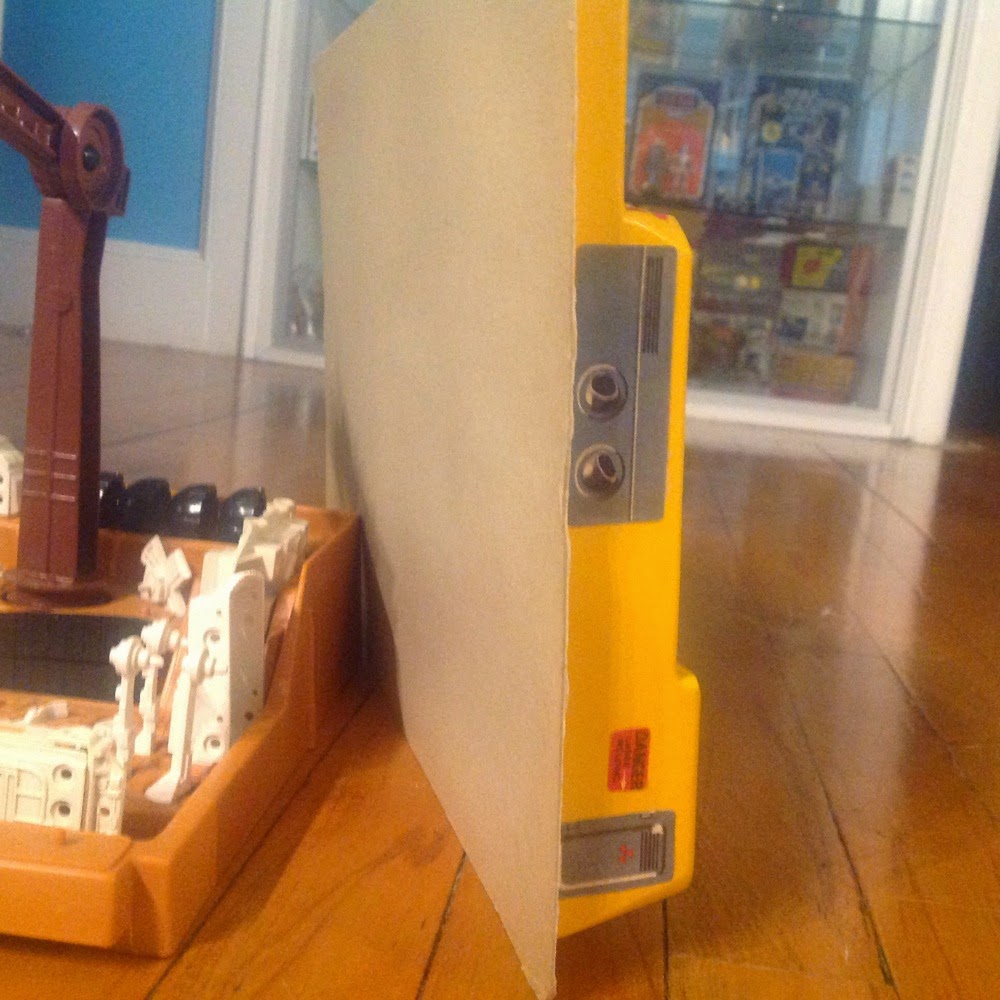 Palitoy compensated for these deficiencies with a simpler, minimalistic version of the crane. The large plastic stand and arm of the Kenner crane were not produced. Instead, the small black connector peg that was manufactured by Kenner to attach the crane's base to its arm was repurposed as a winch. The Palitoy base was molded with a slot on the top of the ramp portion to accommodate this peg. When a string was placed around the peg, and the peg turned, droid parts could be hauled up the ramp. Additional stickers were also added to decorate the simpler base. 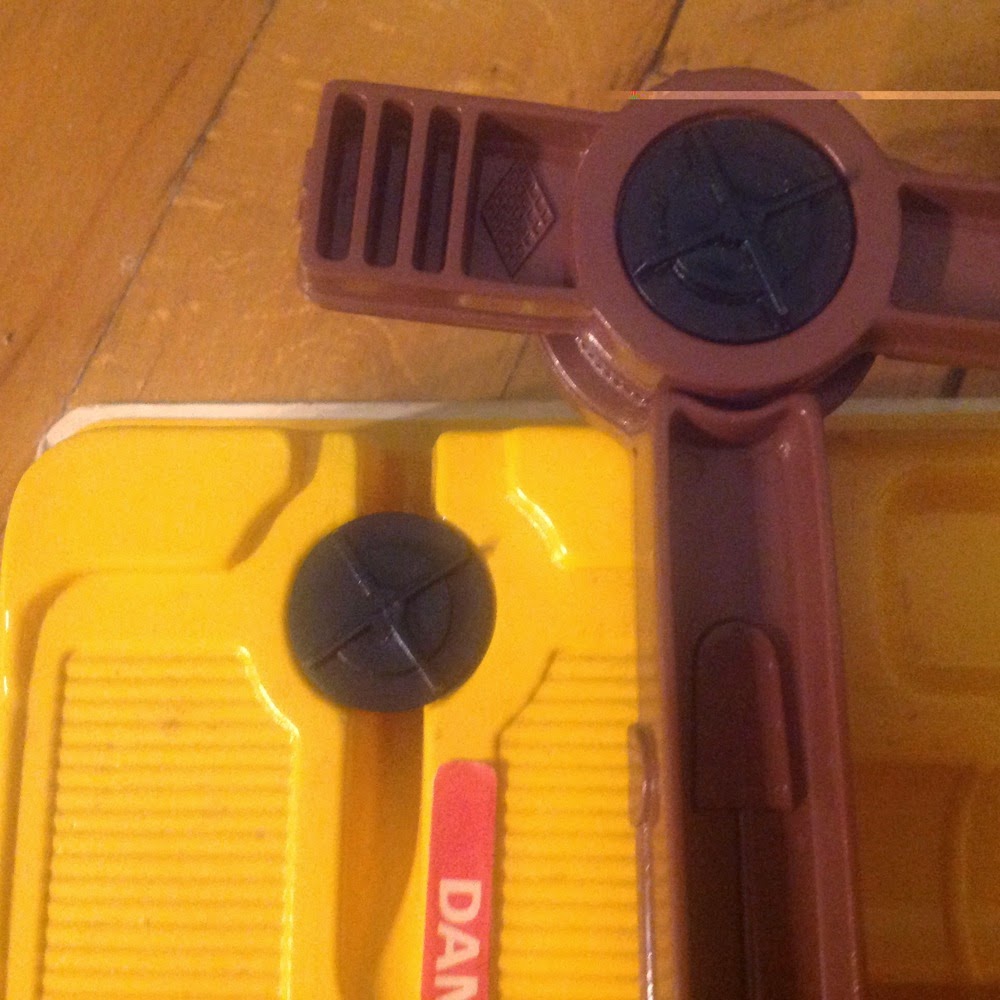 If you look carefully at the right side of the playset, you can see where the Doctor visited the Palitoy Droid Factory inside a Tardis carefully disguised as a dangerous laser-welding booth. 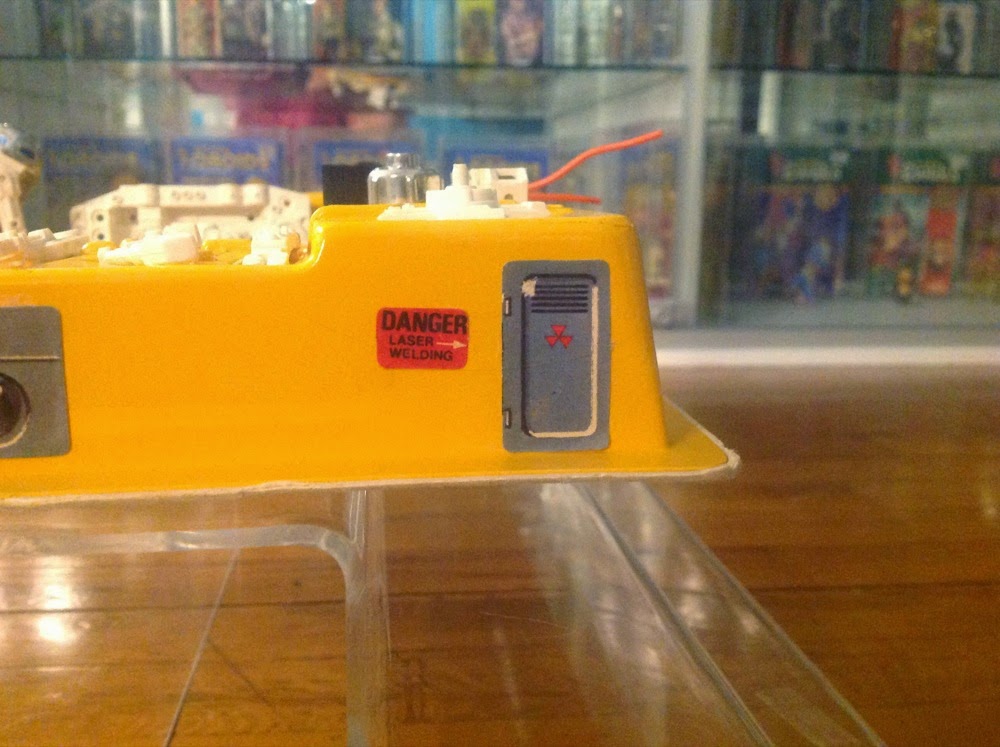 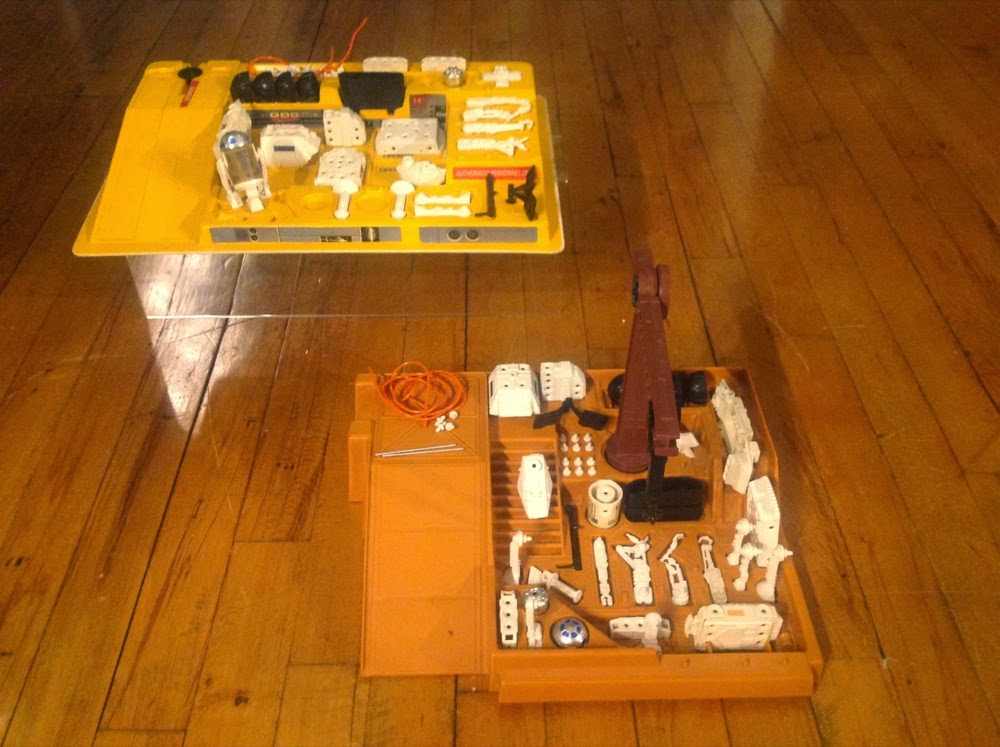 The Palitoy set also boasts an interesting variation. Specifically, the base can be found in two different colors, blue and tan. The blue base is the one pictured in the photograph on the box, visible above. The tan version features the same type and color of plastic used on Palitoy's Land of the Jawas playset.

As with all Palitoy versions of Kenner's playsets, unique packaging was produced. Interestingly, many of the Star Wars sets share design elements similar to the Star Wars cardbacks, including a space-like black border with a starry background. 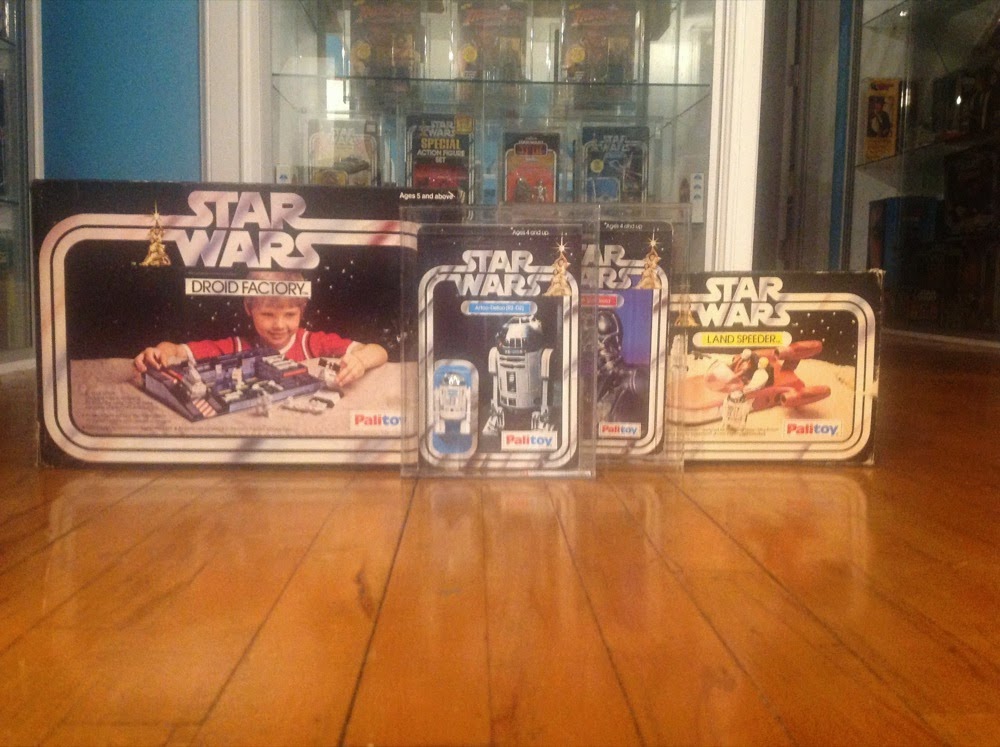 The set also features a unique version of the "Droid Maker Blueprints." The document illustrates the Palitoy version of the toy. Additionally, it came packed with the elusive Palitoy mini-catalog featuring the Death Star playset on its cover, as well as a sticker sheet. In contrast to the Kenner version, no order form for additional parts was included because, apparently, Palitoy really didn't care. 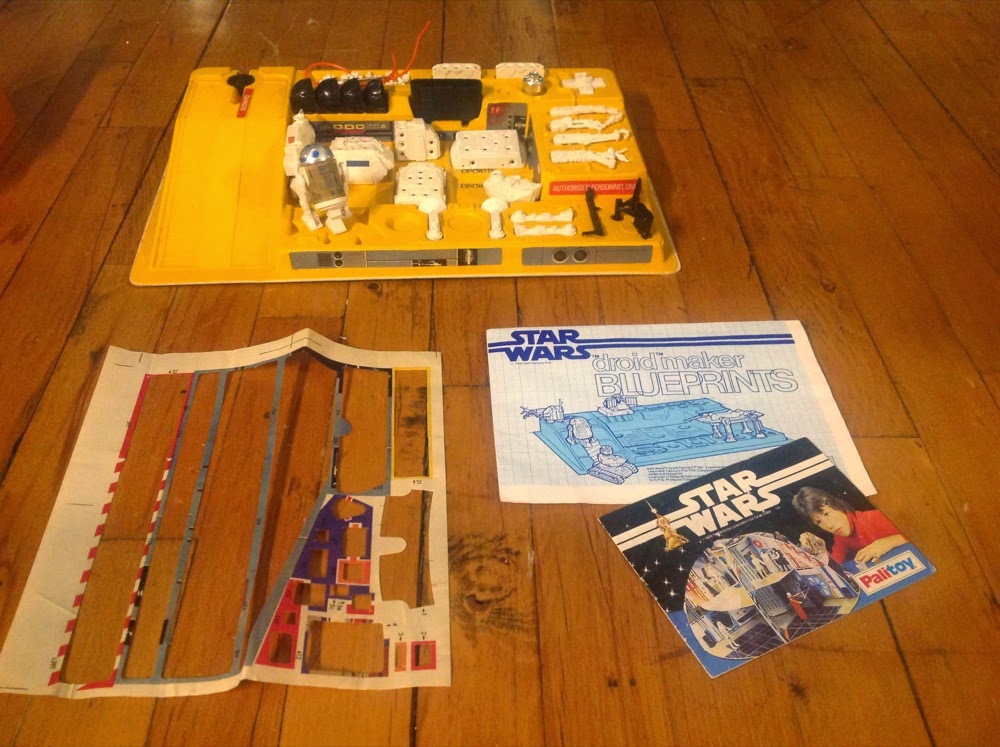 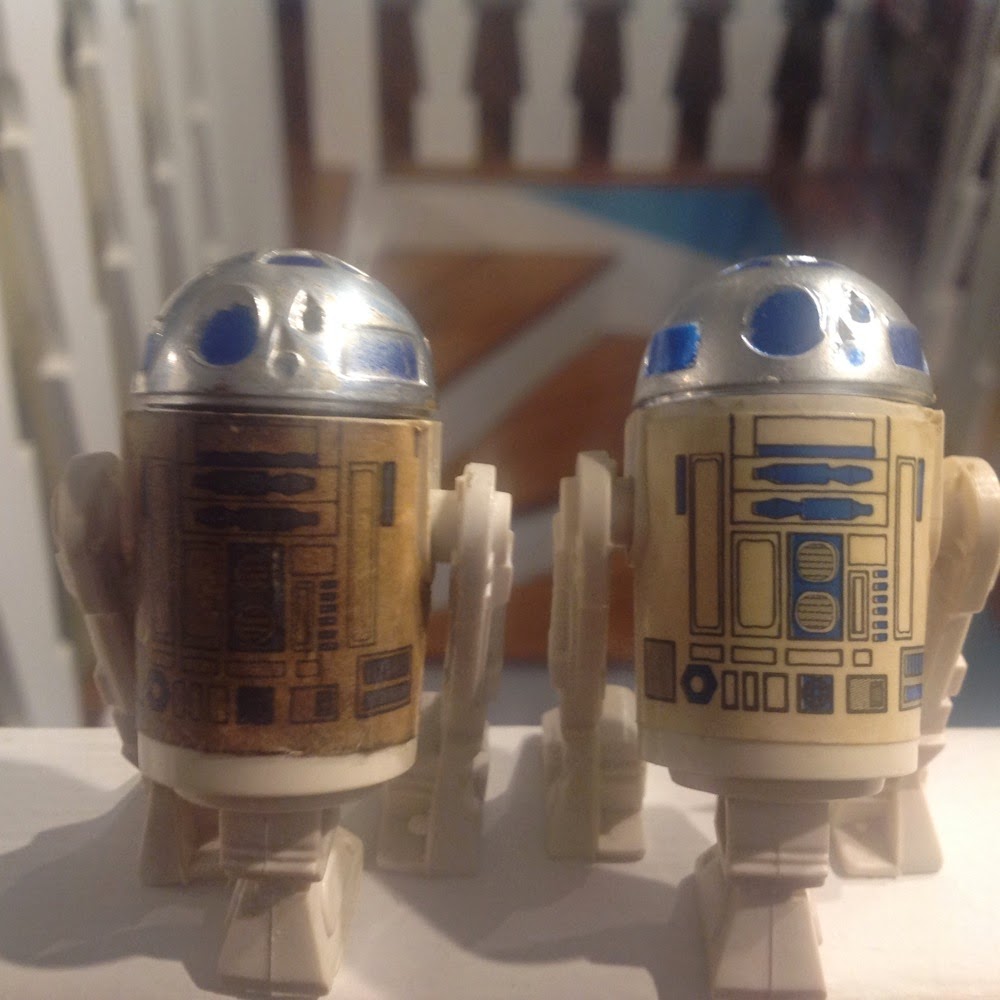 Please stay tuned for the next installment: Palitoy: The Land of the Jawas playset!