Fabric companies have offered licensed and non-licensed Star Wars patterns for over 35 years. Here's a look back at of some of the most common and infamous patterns to hit store shelves.

Shortly after Empire Strikes Back, McCall's pattern company offered up this pattern. Masks and accessories sold separately of course. 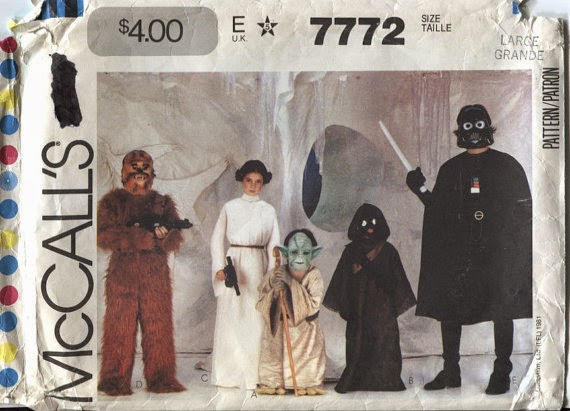 And it wasn't just costumes that were sold as patterns but sweaters as well. Check out this unlicensed 'Star Galaxy Cardigan' we all know it's an X-Wing sweater.  That's some lucky kid right there! 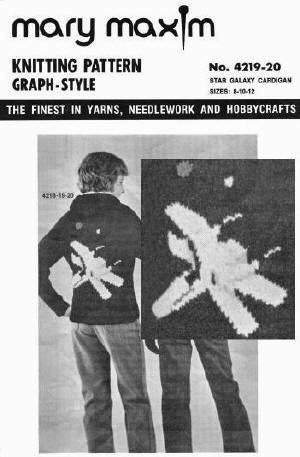 Butterick sold doll patterns for 12" dolls. You can spot the Kenner Leia on the bottom center of this pattern.  Just in case you wanted to make that school teacher outfit for your Leia doll. 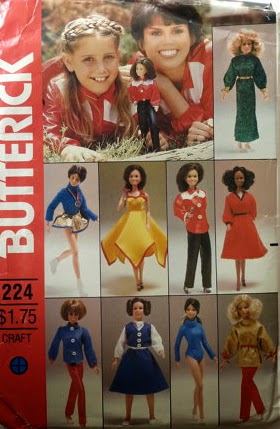 And what young kid didn't want to be an Ewok for Halloween in 1983?! On second thought, after seeing this frightening pattern by McCall's... maybe not. 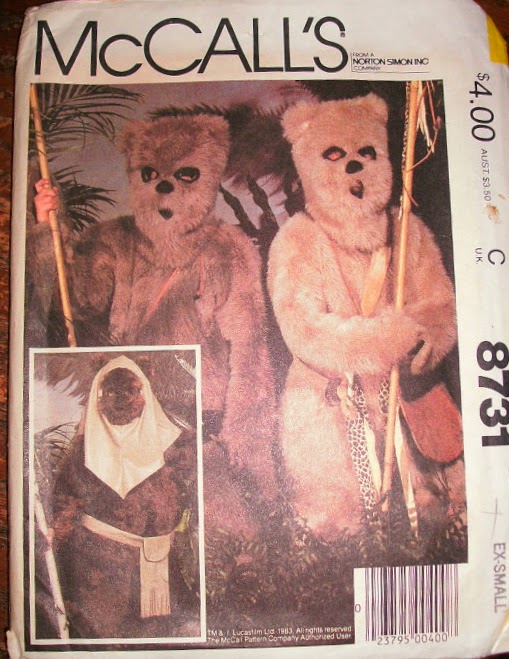 By the time of the prequels, we finally got licensed Star Wars patterns for adults and kids. 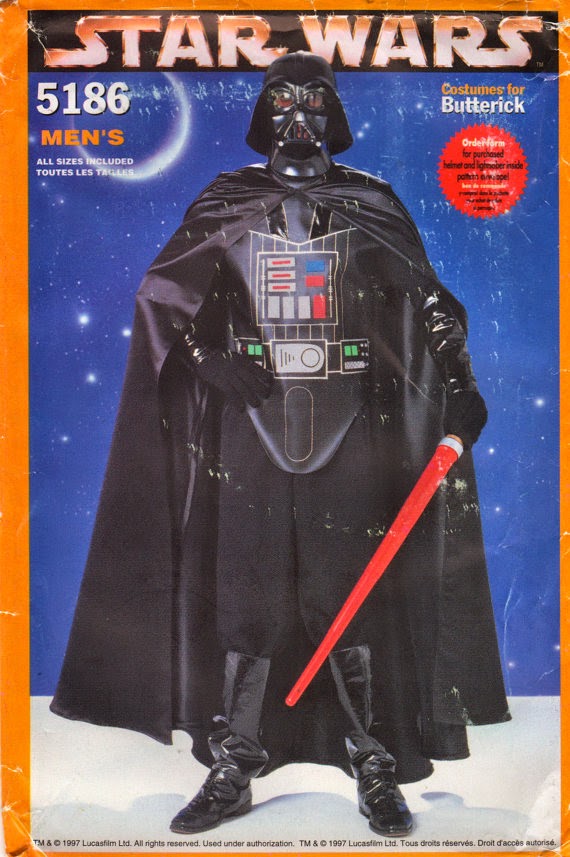 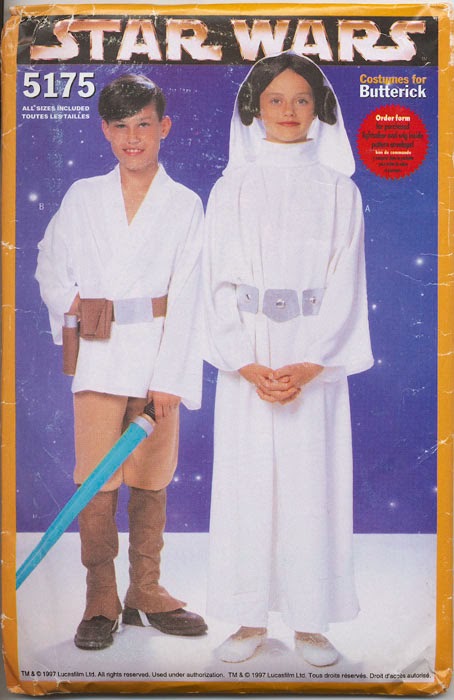 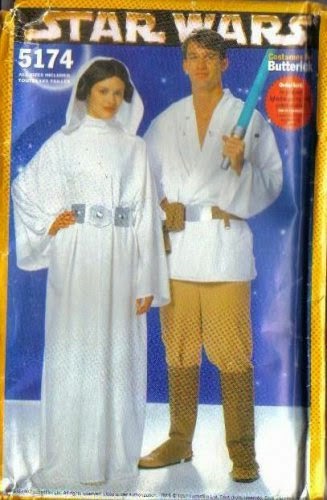 But that didn't keep pattern companies from continuing what they've always done. Emulating popular costumes from film and tv with unlicensed patterns.

As a result, just in time for The Phantom Menace, we got Darth Grim Reaper his Druid apprentice and pouty kid! 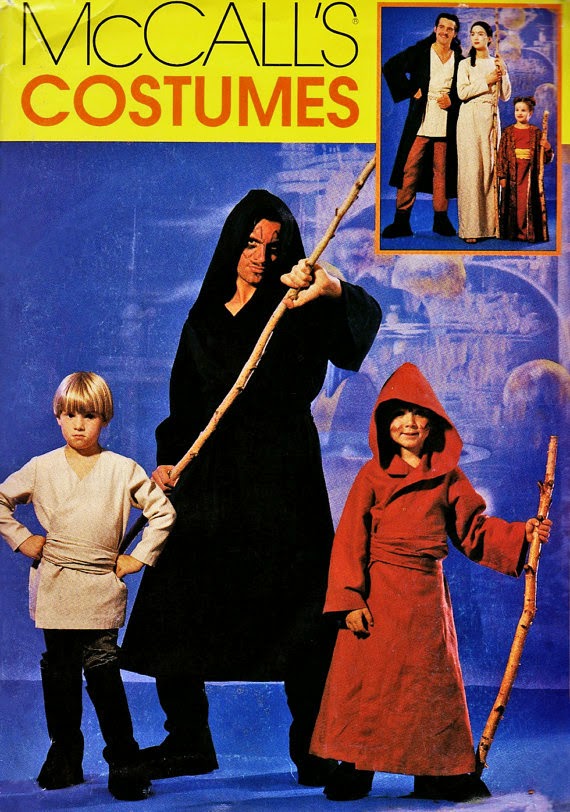 Darth Vader appears to be in disguise here as a silver luchador ready to fight with batguy. 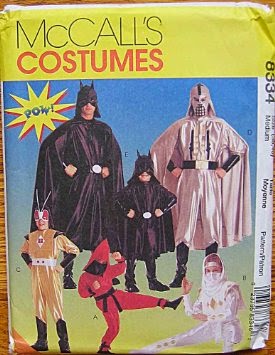 Simplicity released Attack of the Clones type patterns that were so convincing we'd almost think they were licensed. 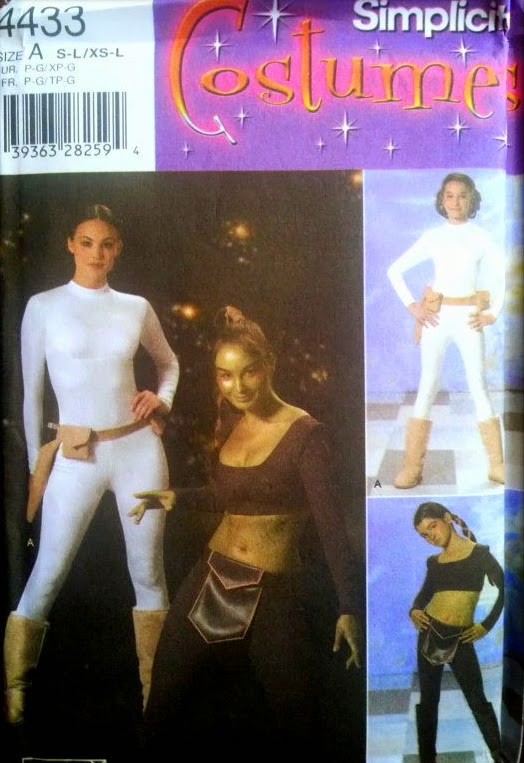 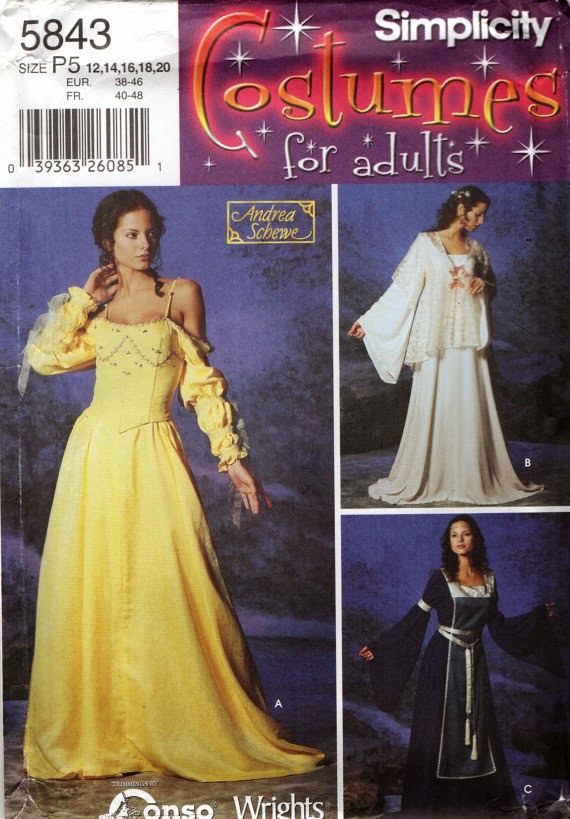 Selections for patterns dubbed with Revenge of the Sith. 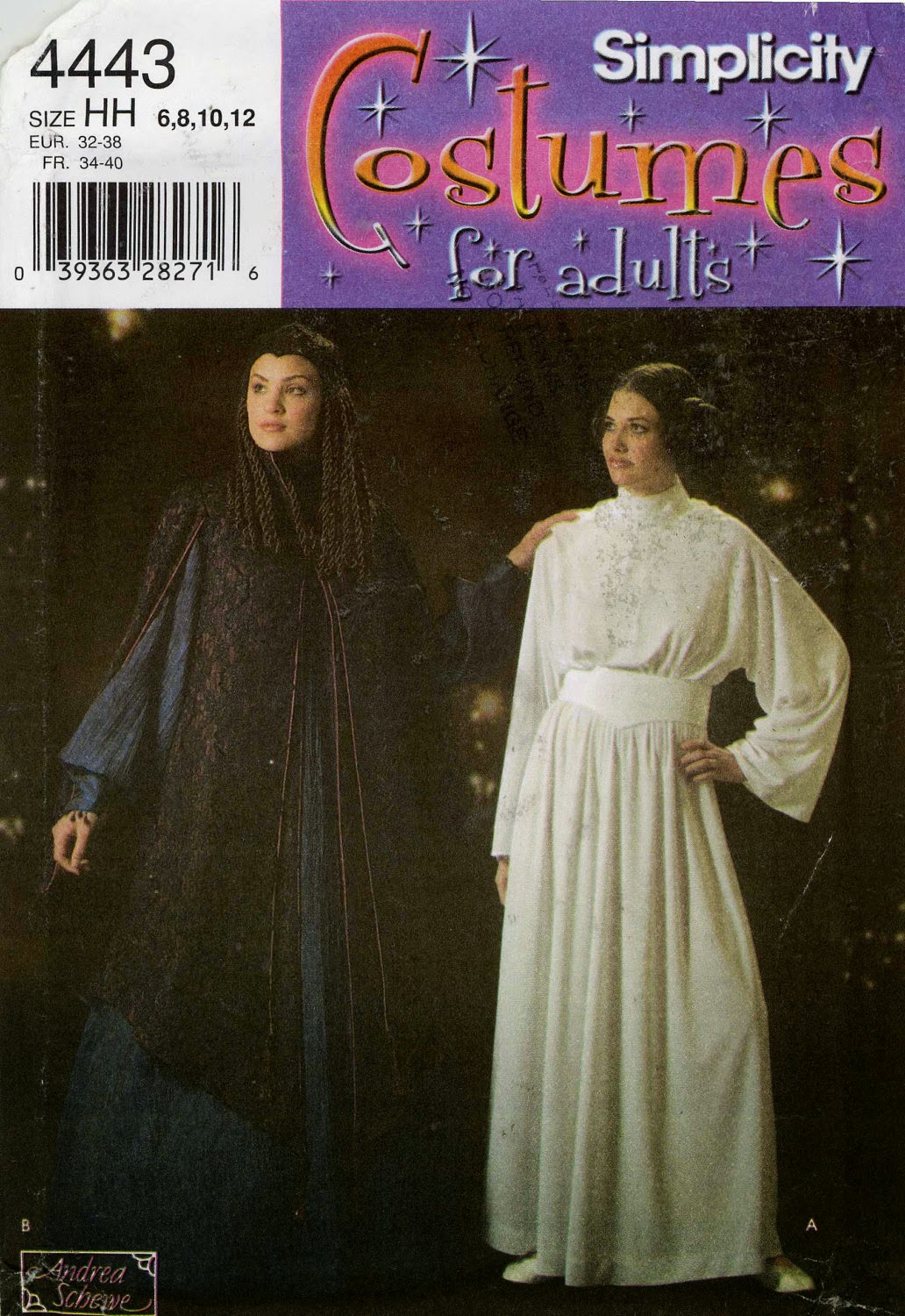 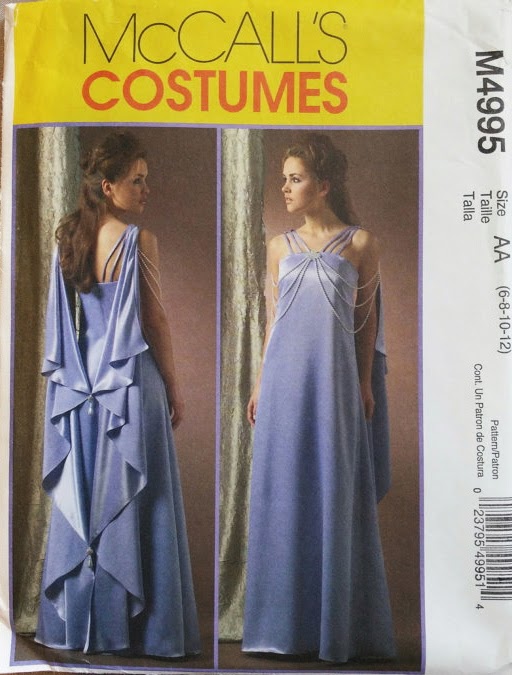 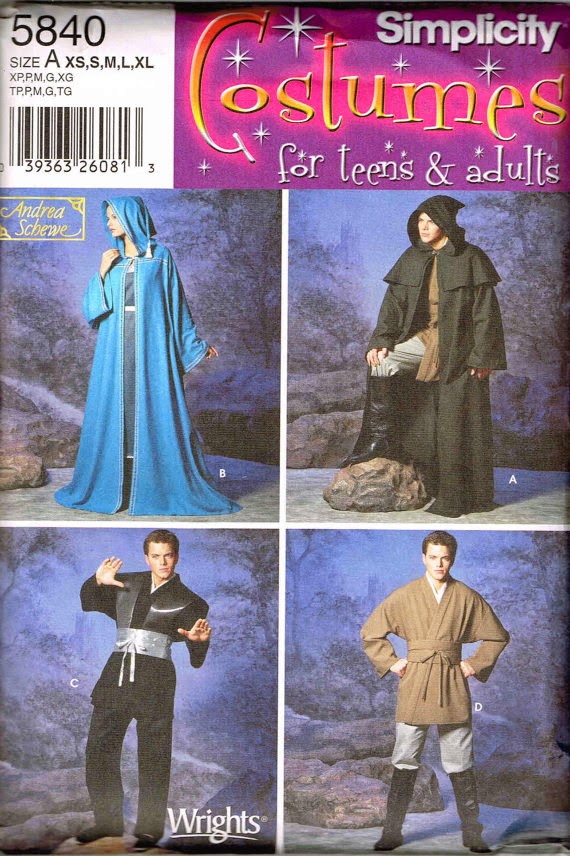 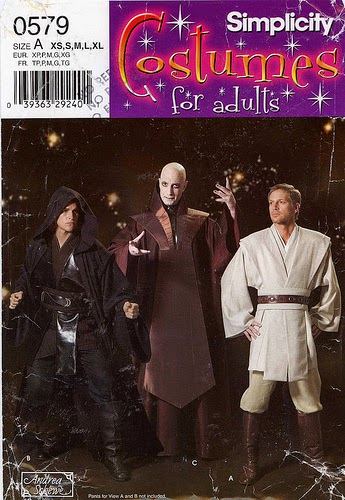 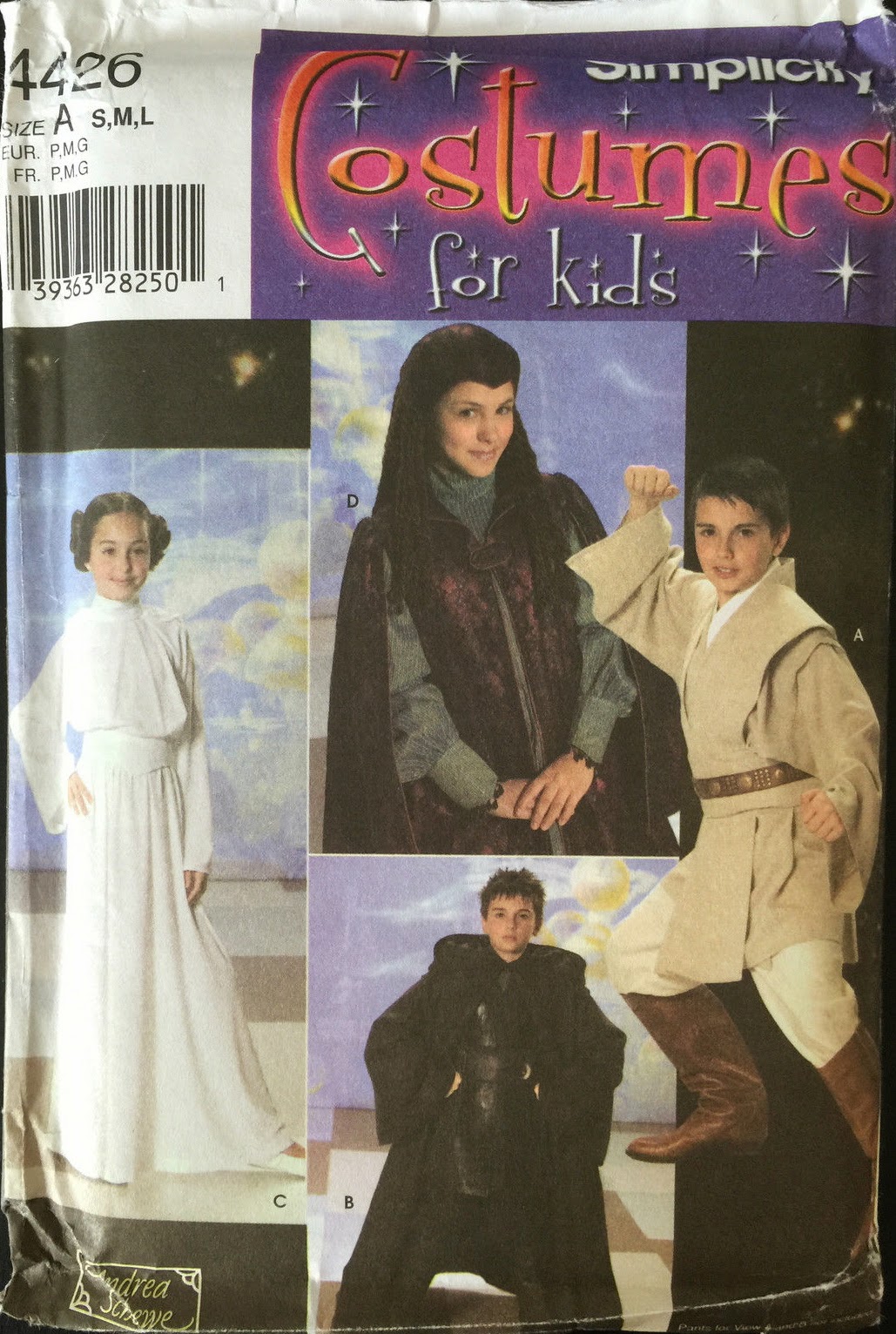 In the future, be sure to expect even more licensed and non-licensed Star Wars patterns to show up at local fabric stores.