In any case, lets get right down to it and get everyone caught up to date on what they may have missed in recent weeks... 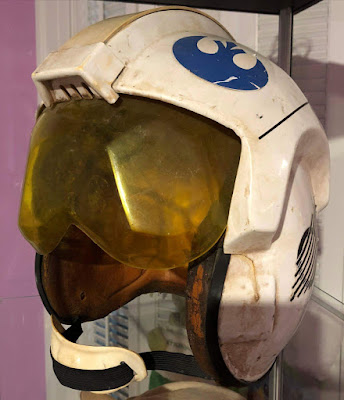 Whether it is an original Rebel prop helmet from The Empire Strikes Back or the prototype run for the Kenner Tusken Raider Power of the Force coin, Gus Lopez continues to astound with his latest Star Wars Artifacts Updates. Make sure to check them out in the SWCA What's New gallery!

Woman’s Day and a Galaxy Far, Far Away 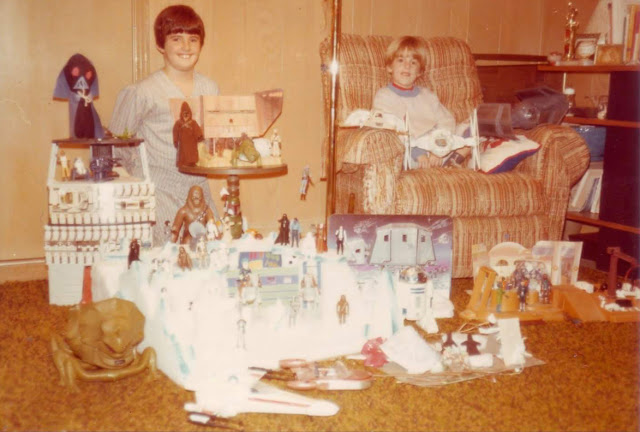 In 1978 and then again in 1980, Woman’s Day magazine published detailed blueprints for build-it-yourself Star Wars action figure playsets. Woman’s Day is a monthly periodical published in the United States with a demographic of mostly young mothers.
Collector Scott Bradley shares a vintage picture of a young child standing next to his Woman’s Day homemade Hoth playset likely built by an enterprising mom.

The full thread can be found here:
Women's Day Playset

A Limelight Worth a Look: Pre-production Vinyl Records 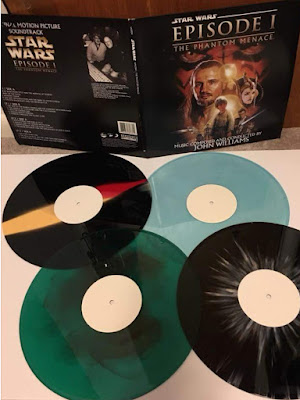 Every Star Wars collectible that has been manufactured underwent a design process which necessitated the production of prototype examples during the creative and approval stages. These unique pieces were designed to be disposable after the final product was approved and came to market.
Much like an author's original handwritten notes, these unique artifacts have become appreciated by collectors in all branches of the hobby.
Collector and audiophile Kevin Lentz shares his  prototype “grooveless” blank colored records used for the production of a colorful edition of the soundtrack for The Phantom Menace. 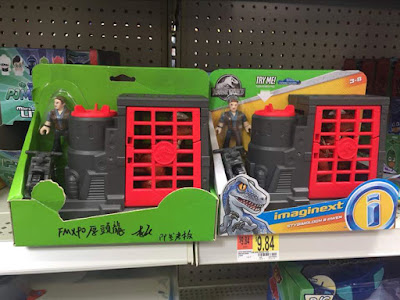 Except when they aren't!

Eagle eye collector Jeff Correll spots a pre-production engineering pilot for a new Jurassic World toy at a retail store which was likely accidentally packaged along with standard production pieces. The EP includes a hand cut box with writing.

The full thread can be found here:
Prototype at Retail

Further reading on the Archive:
A nice description of what an engineering pilot box is and how to recognize them

Look What Popped Up 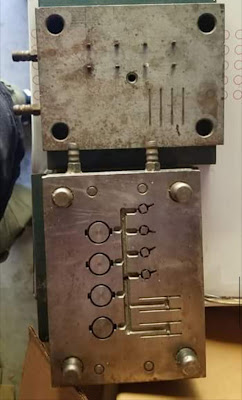 Master Bootleg Collector Joe Yglesias studies his collection of the original steel molds used to make the storied Uzay line of Turkish action figures and vehicles and finds the mold for the UZAY R2-D2 pop up lightsaber accessory.

The full thread can be found here:
Uzay Mold 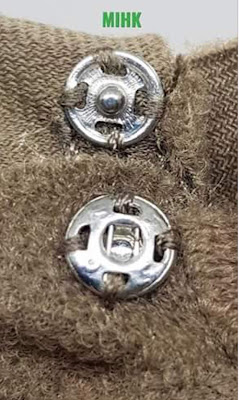 Collector Thomas Gill continues the search for action figure variations as he studies the stitching on the snap cape Luke Jedi figures.

The full thread can be found here:
Luke Cape Stitching

Further reading:
The Luke Jedi FOTW on the Imperial Gunnery

A Limelight Worth a Look: R5-D4 Yupi Run 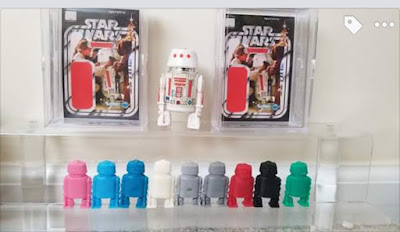 Collector Adam Marks assembles a complete run of 9 different color variations of the Yupi R5-D4 figures. The figures were a premium in Colombian snack foods in the late 1980s. The 40 figure set was produced in 9 color variations and is among the rarest lines of Star Wars action figures.

The full thread can be found here:
Yupi R5-D4s 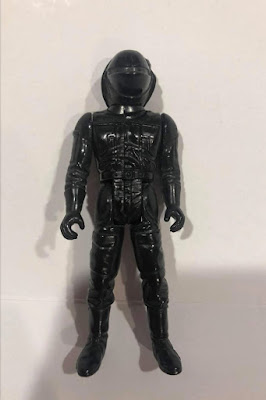 Collector Kyle Kaufmann brought home an Imperial Gunner action figure he found at a garage sale in Michigan. On closer inspection the figure was noted to be unpainted and missing its copyright information. The community helps evaluate the figure, which is most consistent with a first shot pre-production figure.

A Limelight Worth a Look: Chewbacca Rumph Mug Sculpt 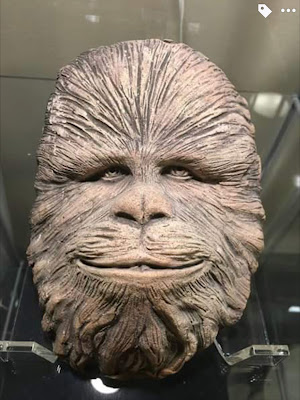 Artist Jim Rumph (1942-1993) was a pottery sculptor in Santa Monica, California who produced folk art pottery out of his studio "the Slyme Factory" in the 1970s. Jim sculpted and produced three Star Wars themed mugs which were among the earliest Star Wars collectibles ever produced. The mugs were sculpted as busts featuring 3 different movie characters. The generously sized mugs featured Darth Vader, Ben Kenobi and Chewbacca. The Chewbacca mug has always been a personal favorite of George Lucas and sat on his desk.
Collector Will Grief shares an original Jim Rumph sculpt for the Chewbacca mug complete with Jim’s fingerprints on the back.

The full thread can be found here:
Chewbacca Mug Sculpt 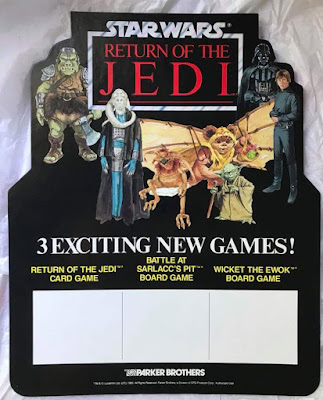 From 1977-1982 Kenner produced a large assortment of Star Wars themed board games. However, in 1983 Parker Brothers took over board game production and introduced a series of games including the “Battle at Sarlaac’s Pit” board game.

The full thread can be found here:
Game Displays

Further reading on the Archive:
All the Appeal of the Movie (or Some of it Anyway): Vintage Star Wars Board Games
Original Artwork for the Parker Brothers Battle At Sarlacc's Pit Board Game Packaging

A Limelight Worth a Look: a Different Approach to Carded Figures 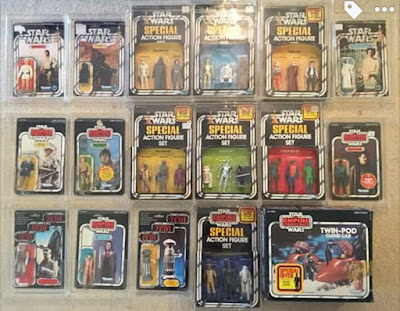 Collector Jesse Cedar Soberman took a looser approach to carded figure collecting and completed a run of the "First 31" figures in varied rare packaging including 3-packs and special offers. Check it out on the Imperial Commissary.

The full thread can be found here:
The First 31 Figures

💥The Dark Side: Scams and Counterfeits Unmarked counterfeit figures, accessories, and coins for the Unproduced Droids and Ewoks (UDE) line are being produced to look as authentic as possible. Some figures are being resculpted and some are being cast from original prototypes. We encourage all reproductions to be marked in a responsible way to avoid fraud. 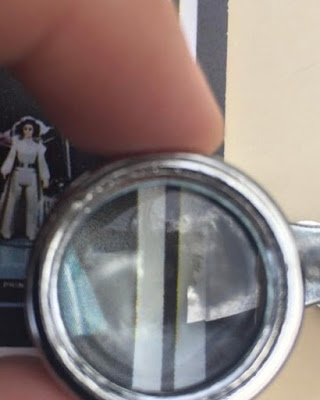 Collector David James Lackore warns the community both in Rebelscum and on Facebook about a counterfeit Early Bird Kit action stand coupon that is being sold. David shares the differences he noted between the authentic coupon and the fake. Make sure to check it out. 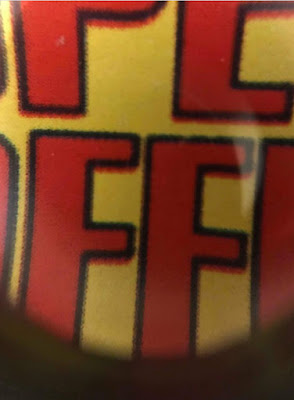 Once again, collector David James Lackore warns the community both on Rebelscum and Facebook of a new fraudulent special offer sticker that has been applied to production vehicles to criminally increase their sale price. Learn how to spot the fakes with the links below.

The full Rebelscum link can be found here:
WATCH OUT- Faked Special Offer Snowspeeder Stickers- Most Likely More Out There 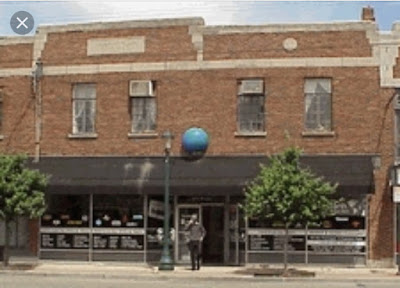 Like Camelot, The Earth Toy Mall has receded into legend since its closing in 2008. The Earth was a Cincinnati based store that sold production vintage toys alongside Kenner hardcopies, first shots, and proofs.

Cincinnati, the birthplace of Kenner toys and it’s Star Wars line, lent a fertile field for buying and selling rare Star Wars collectibles. The store's grand opening in December of 1997 was a well attended affair, with guest Kenny Baker present. Once established, The Earth began advertising in local media that they were interested in buying production and prototype toys. They marketed directly to former Kenner employees, who had often taken home unique pieces.

Throughout their tenure, The Earth had many great finds including multiple rocket firing Boba-Fett figures.

Below are threads that help sum up the impact that The Earth Toy Mall had in the hobby.