'Chive Cast Blog Log Pod Episode 9 - Anatomy of a Grail OR Joseph Y. and the Quest for the Uzay Mock-Up 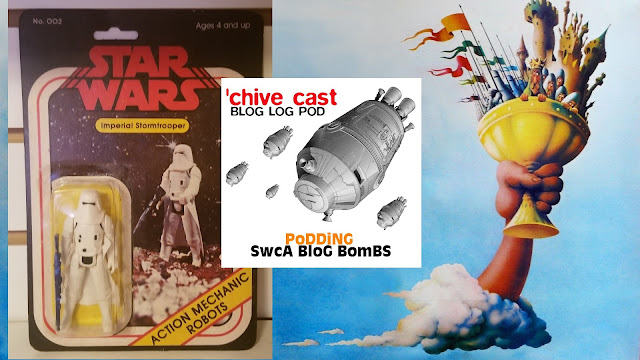 What is a grail? Is there a definition? What about so-called "Grail Inflation?" Is it about the objective rarity, or, about the subjective desire? Either way, Joe Yglesias’s most recent purchase of a Bootleg Uzay Mock-Up Prototype Hoth Troopie qualifies. He tells the 20 YEAR story of its discovery and purchase.

For the first time, the blog logged by the Blog Log Pod is being released simultaneously with the episode, so here is the entire package. Be sure to check out Joe's full post with photos below!

Let me preface this by saying that I feel the term "Grail" is widely overused in the collecting world. Too often it's used to describe items that are readily available, but the person fawning for them is either unwilling or unable to spend the money that the item is selling for. My opinion may not match that of the Archive staff or readers, but that’s where I stand on the overuse of that term.

Now that I've stated my opinion on the misuse of that buzz word in the hobby... let us get on with our quest for a true hobby grail: The mock-up early logo Uzay Hoth Stormtrooper. To a bootleg collector, this piece is the equivalent of the kit-bashed Fett surfacing, in terms of its significance. This quest and its end show that determination, networking (friends), as well having the money when it's needed are all essential to achieve long term goals in this hobby. Not just a combination of 2 of the 3. 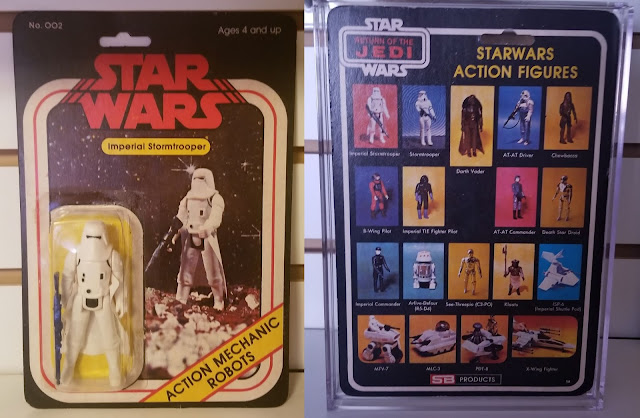 The mock-up Uzay card, made in the early stages of the process at SB Products, has a full Star Wars logo and all of the characters names on the back are spelled correctly. Surely the reason the produced cards were changed and given the “Uzay Savascilari” (meaning "Space War") and “StarsWar” logos was to attempt avoid the long arm of LFL and copyright laws. It is a sole survivor from the factory that was bought out in the early 90s by toy dealer Lev from Toy Tokyo. In his travels he went to Turkey and purchased every figure related piece they had, including the mock-up, and brought them back to America. Lev's involvement in importing these pieces accounts for at least 2/3 of the carded Uzay figures known to exist in collections today.

My portion of this story, along with my obsession with bootleg Star Wars starts in the 90s: I'd started collecting Uzay figures, as well as other bootleg figures starting in '94. My first 2 carded Uzays were the Imperial Gunner with his amazing calculator as a computer console, very shortly followed by a carded Blue Stars. 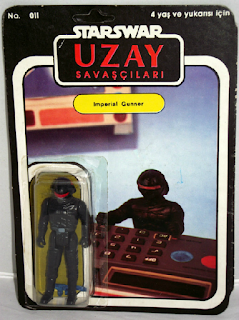 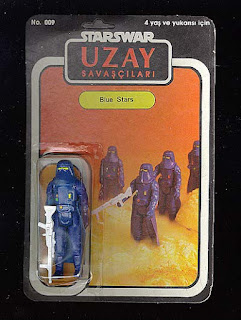 I was using the old Lee's Action Figure News article as my guide to what was out there, and what to look for, as there was limited documentation available otherwise. In 1998 or 1999 I had the chance to acquire a carded Uzay Head Man -- only one known to still exist at that time -- to finish my basic set of Uzay carded. It cost me my J-slot rocket Fett as it was a trade deal. A trade that I've never once second guessed or regretted in any way. Then in late '99 I see in AFN's "Rare Toy Showcase" this Uzay Hoth Stromtrooper that doesn’t match any other known Uzays. No Uzay logo on the front, same photo art as the production one, with the banner “Action Mechanic Robotics” in the lower right corner. It captivates me. 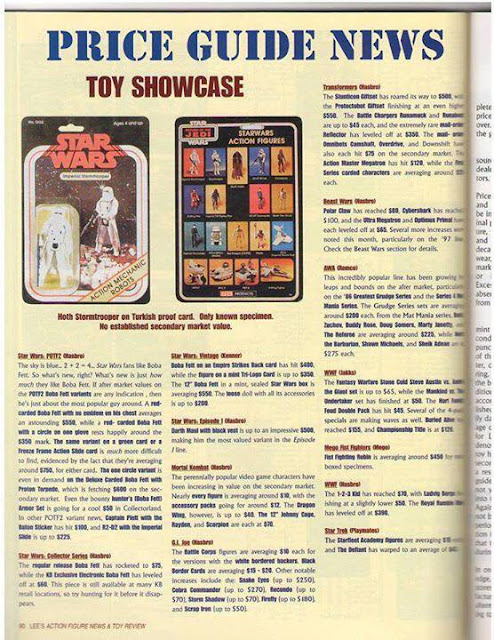 I end up getting Lenny’s (Lenny Lee from Lee's Action Figure News magazine) email from a friend. I email and attempt to buy it, and am met with silence. When Lenny Lee brokers his Uzay set through Tom Derby, it's not among the offered items. It was sold to an off the radar collector.

Distracted with my other bootleg hunting for a bit, the piece slides to the back of my mind. My bootleg collection grows, and then I start asking around about the piece again in the mid 2000s. I'm given a list of the people that it may have gone to. ALL dead ends and no progress made.

On and off I have spent the last 20 years hunting for this piece. It has become my holy grail and white whale all rolled up into one. For years, Tom Derby was helping dig around to see if he could turn up who had it. He found hi-res pics that Lenny had him take of the piece. But no clue as to who the current owner was. Every lead was exhausted at that point.

Rumblings of another collector having found the owner of the mock-up began to surface, with him emailing me and claiming to be in negotiations to purchase it starting about 3 years ago, which turned out to be false. They gave me false hope that the piece at least having survived, as well as potential for me to acquire it as at the same time I had started talking to a person that also claimed to be the owner. The pics they sent looked legit, but communications were sporadic at best and fueled by the moody nature of the person claiming to be the owner. That false lead was just that. It was disheartening and disappointing to the point that I had pretty much resigned myself to believing that the Uzay mock-up was lost to time. Perhaps it was sitting, forgotten about in storage or lost to disaster.

Then in June of this year (2018), I get the text from Tom Derby that made my heart almost jump out of my chest... it was out of the blue and simply read "I found the prototype Uzay." Discussions were had over the next few weeks, prices were hammered out and solidified. A brief moment of worry about the money to make it happen was shushed by my girlfriend's insistence that I just push forward and get it...Once a price was agreed on, I started to look at what I could sell to get the money together quickly. In early July I sold an equally iconic and grail-worthy piece to get most of the money to buy this amazing and illusive piece: the steel injection molds for the Uzay Chewbacca figure. With the mock-up mostly paid for, I had to wait until I could take some time away from work to go pick it up. I had originally planned on a fall road trip down to get it, but my schedule did not allow for that. Anxious to finally have it in my possession, I finally booked a flight and picked it up just last week.

The unreleased version of what the Uzay card back could have looked like had they not changed it is finally in my collection. This quest is finished. No more lost sleep. I breathe a sigh of relief now that it’s home safe and sound. Now onto some of the other vintage bootleg items that I know were produced, but no examples of them have surfaced yet. No rest for those with the collector gene in our DNA. Thank you to: Thomas Derby of CIB. Without your help from day one, this piece would not be resting in Mos Yglesias. 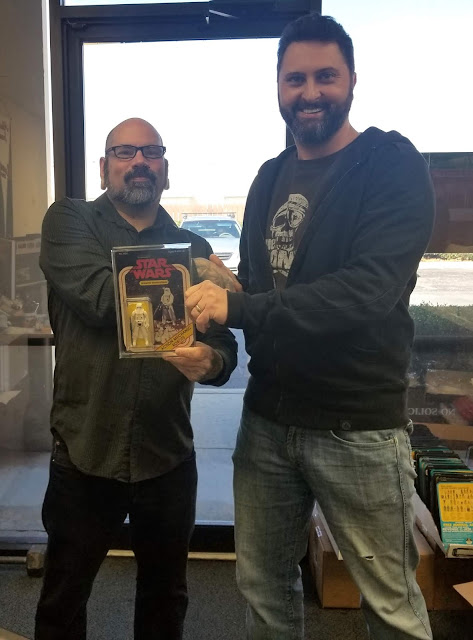