Tentacles of a Pilgrim Girl: The Patent DNA of Bib Fortuna 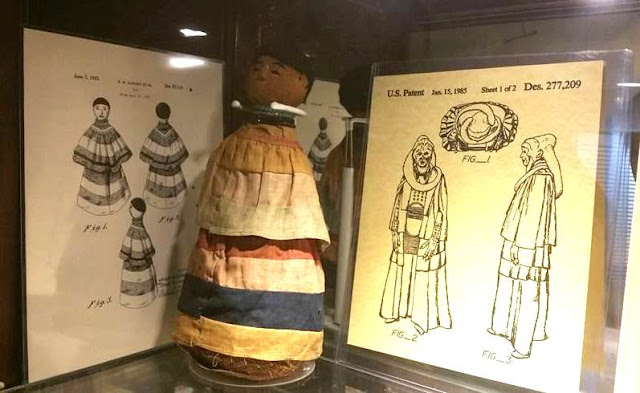 By the time Return of the Jedi was well on its way as both a forthcoming summer blockbuster and merchandising extravaganza, the number of Star Wars toy patents filed with the United States Patent & Trademark Office (USPTO) was understandably increasing. As the breadth of new spaceships and creatures exponentially expanded onscreen, so did the ambition of Lucasfilm's and Kenner's upcoming product line.

While licensing laws might not be all that exciting on the whole to most, digging into patent details can provide insights into the history of Star Wars as a simultaneously cinematic and toyetic enterprise. In some cases, it can even offer additional collecting avenues for the most fanatical (or dedicated, depending on your point of view) focus collectors to pursue.

Such is the case with everyone's favorite tentacled majordomo with awful teeth: Bib Fortuna. The patent for the "toy figure" pictured below was filed on September 28th, 1982 with one Philip A. Tippett credited as its Inventor. As was typical, the individual(s) primarily responsible for the design of a character or vehicle were listed as Inventors on the toy patents, connecting behind-the-scenes luminaries like Tippett, Joe Johnston, Ralph McQuarrie, and George Lucas himself to the prospective toy products that would derive from their creations. As owners of the actual intellectual property, Lucasfilm, Ltd. is listed as the Assignee. 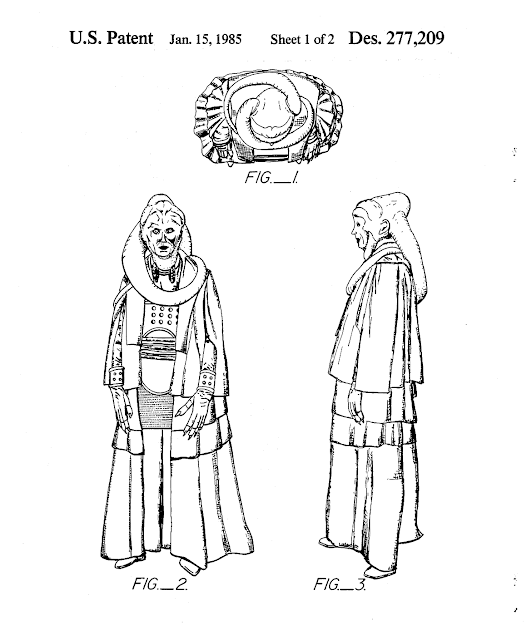 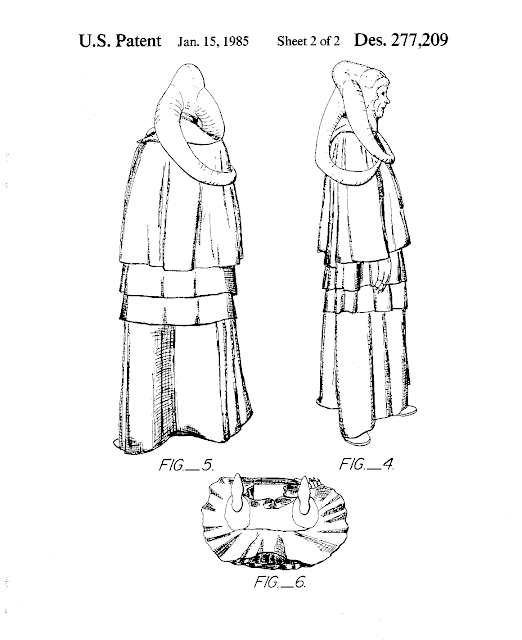 While patents for figures from The Empire Strikes Back feature renderings that unmistakably resemble the Kenner toys, the designs for Jedi figures more closely match the characters onscreen or in other instances such as Wicket (who wouldn't be released in action figure form until 1984), are more akin to concept art. As to why that is, I'm not sure. Perhaps the broader scope of products that the characters could be depicted on has something to do with it? Regardless, the patents trace creative and legal processes that eventually brought these action figures and vehicles to the toy aisle. Once an "idea" or design was finished, applying for a patent involved seeking out and referencing prior patented items that may share certain aesthetic qualities or physical characteristics. Lucasfilm and Kenner had a patent law firm (on most of the Jedi era patents, Townsend & Townsend is listed) review and verify the originality of the designs and cite patents for earlier related entries to aid USPTO reviewers. 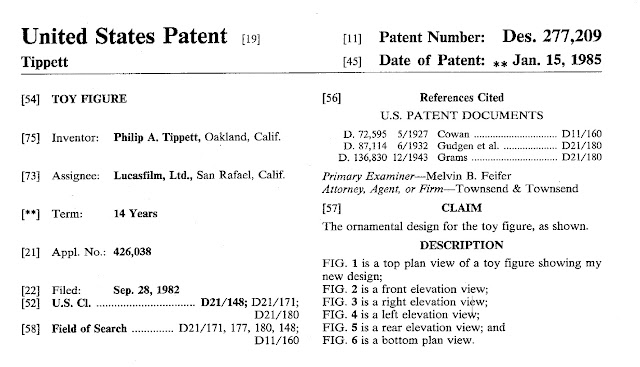 Sometimes, such as with Max Rebo and this stuffed toy elephant from 1947, the relationship is logical and quite clear. Rebo's ability to jam on those keys easily set him apart from Dorothy Mason Pierce's Dumbo doppelganger. With Bib Fortuna, however, the correlations are much more obscure and subtle. Three items are referenced on his patent dating back to the 1920s. Inspired by this thread on the Rebelscum Forums, Fortuna focus collector Phidias Barrios set out to track them all down.

First on the list was an ornamental flower holder with a patent filed in 1926 by R. Guy Cowan of Lakewood, Ohio, presumably referenced for the similarities in robe styles between those of the elegant female figure of the vase and the "gruesome looking, low-life creature" that is Bib Fortuna. 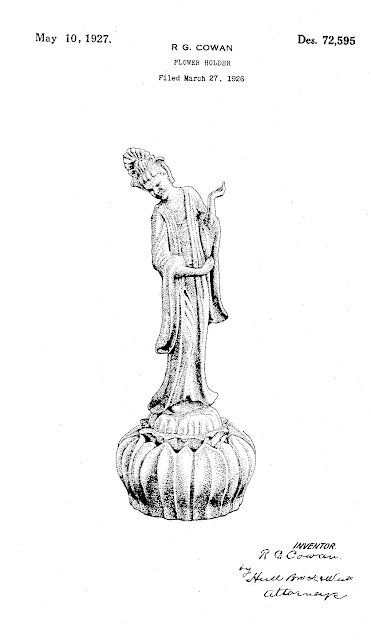 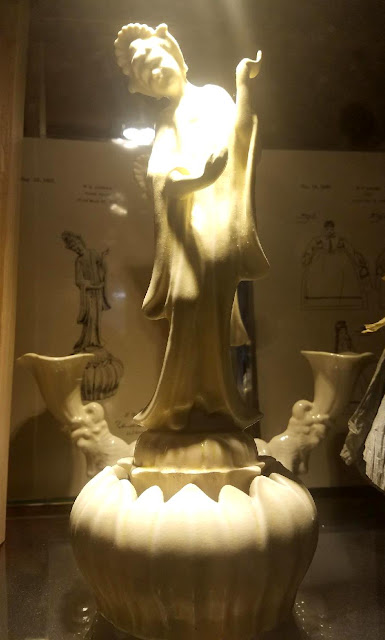 Next was another item along the same lines in terms of robe parallels. The patent for this Seminole doll was filed by Royal W. and Josephine A. Gudgen of Fort Lauderdale, Florida in 1932. While completely unrelated conceptually, the layering of the garments in each design is strikingly alike, especially when looking at the actual doll and Bib's patent side by side. 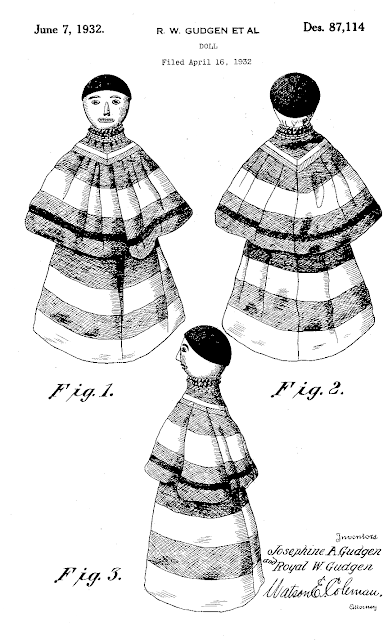 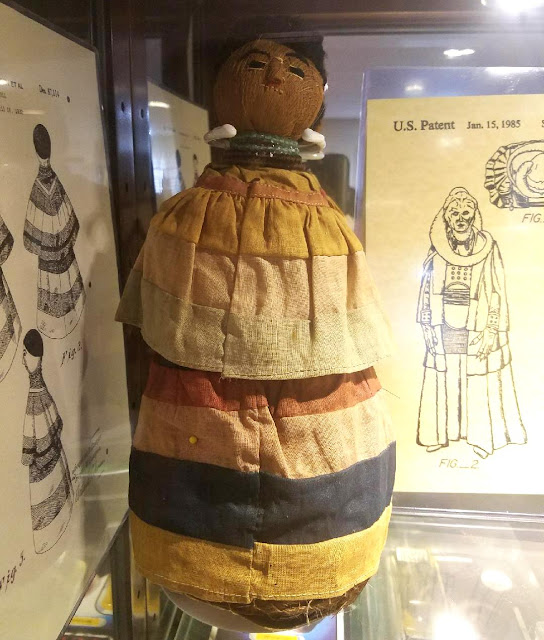 Finally, and perhaps most bizarre, a patent filed in 1943 by Ruth P. Grams of Bethlehem, Pennsylvania for this Pilgrim girl doll was cited in Bib's USPTO filing. At first glance, these two objects and the characters they represent could not be less affiliated with one another. But upon closer inspection, one could surmise that the Pilgrim girl's braided locks sort of resemble our majordomo's slimy head tentacles. (As an aside, the word "majordomo" really needs to be used more often). These patent lawyers must really need to be in a strange state of mind to establish these abstract visual tangents. 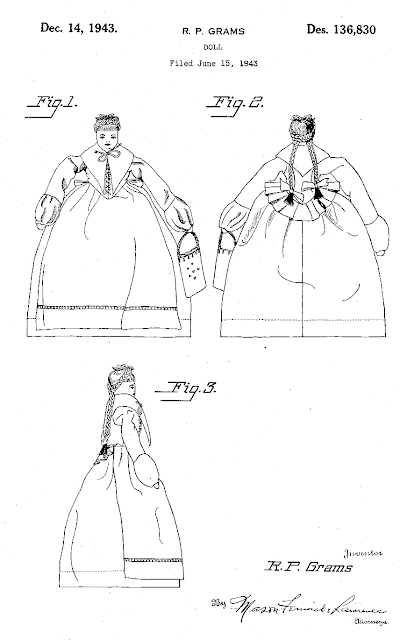 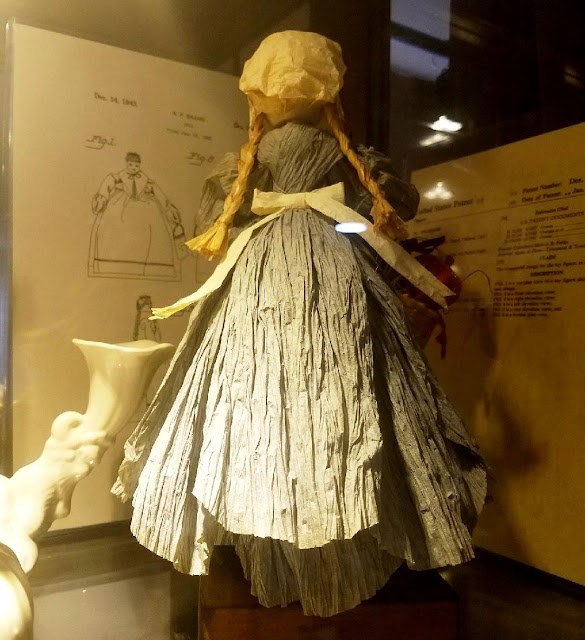 That said, it can be argued that focus collecting is a strange state of mind, too. Phidias was remarkably successful in his quest to bring together these peculiar and seemingly unrelated items using so-phisticated searching techniques to extract the preserved relics from eBay and...bingo: Bib Fortuna DNA. It's a testament to his ingenuity and resourcefulness as a collector.
Posted by Stephen Danley at 7:00 AM