As we melt our way through Summer let’s take a look back at how the market has been shaping up since the end of the Spring and into the season of collecting.

As with every year of a Celebration, the surrounding months were very light in terms of major market activity. Average prices dropped, availability dropped, and this is to be expected. When you take 100,000 Star Wars fans and drop them together in a giant convention center, some sales are going to happen and budgets are going to be blown. This year I think the effect was even greater than in years past, in part due to the lack of things to do at the convention center. There was no time spent line queuing overnight, and a lottery system that basically left a large part of the audience with no access to stages led to more time on the convention floor.

The market has finally picked up following this typical slump. Recent auction house sales along with some treats that hit the market in May, June, and July led to a good rebound from the lull taking place post Celebration Chicago. Here are some of the highlights.

Ben Kenobi Meccano MOC - $1,800 - eBay listing
One of the more common of the Meccano figures, here we have a great example of Ben with a decent price overall given its condition. 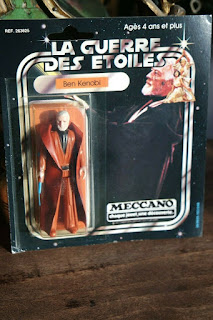 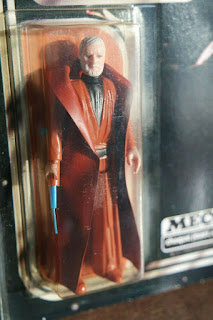 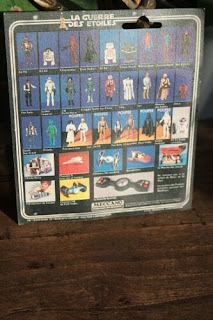 Radio Controlled R2-D2 AFA 80 - $2,200 - eBay listing
A great piece and tough to find in good condition, the RC R2-D2 is one of the truly great one-off toys in the vintage Star Wars toy line. A strong price on a piece that doesn’t come up as often as they did historically, showing condition is everything these days. 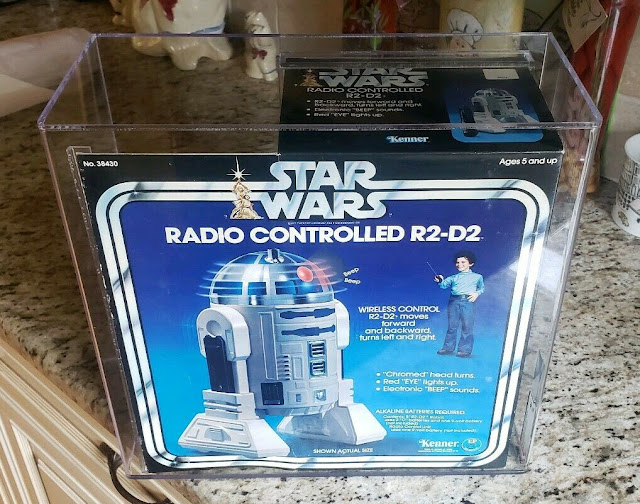 Loose Set of 77 Complete - $2,225 - eBay listing
We don’t cover loose pieces that often on the MarketWatch unless they're of unique origins. When full sets turn up I try to pop them in here just to keep track of where the market has been. In this case, the market still seems to be creeping up on loose figures, as with no rarities or POTF figures this was a bit of a high point at an average of nearly $30 per figure. 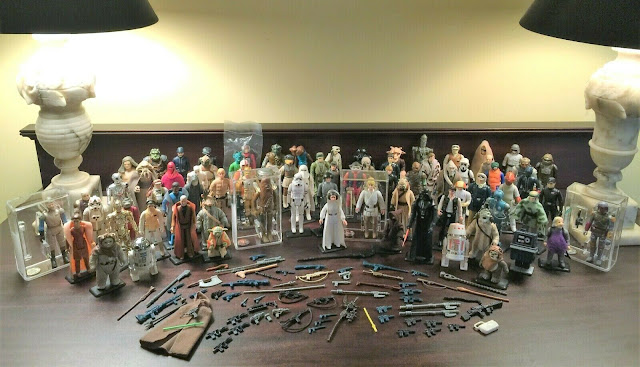 ESB Red Six Pack Set MIB - $3,170 - eBay listing
This was a very good price for what was an overall strong piece. Like almost all boxed multi-packs the box itself was where the majority of condition issues came in with one large tear, but overall solid condition structurally. 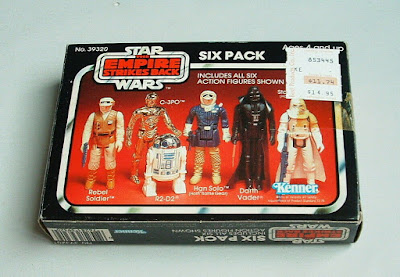 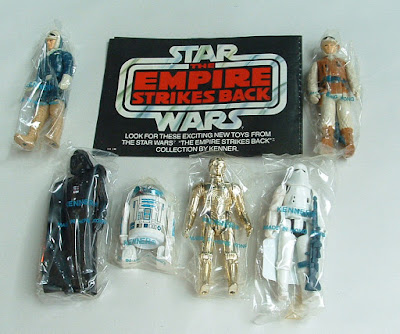 Darth Vader 12 Back AFA 95 - $6,100 - eBay listing
Like some of the Hake’s auctions last year we have a crazy price being realized for a one of the nicest MOCs out there. Getting the grade of 90 or higher is not an easy task with the vintage Star Wars line and thus these mint condition items will always bring a premium. This is one case where we do see some depreciation from the item's sale at Hake’s last year. 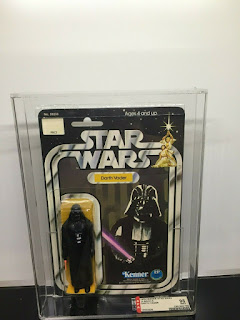 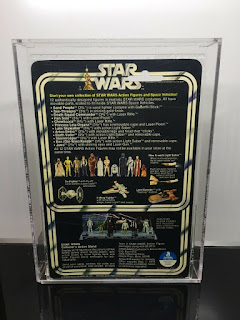 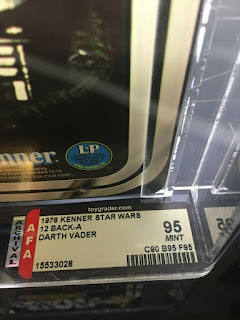 Death Star AFA 85 - $6,855 - eBay listing
One of the holy grails for collectors of sealed items, the Death Star Playset is always a favorite among collectors. Here we have an immaculate example of this beast of a playset. Given the size and rarity of sealed examples it’s hard to say that this is over-priced. Rather, I think it’s about right, but like many things is seeing a bit of a premium. 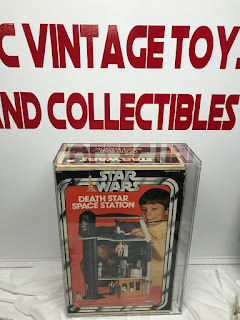 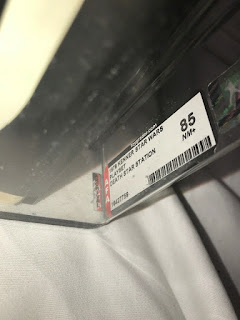 First 21 on Star Wars Cardbacks - $12,600
Finding a nice set of the first 21 on Star Wars cardbacks is one of the most common runs collectors seek. And for good reason -- they were some of the most heavily produced toys in the vintage line.   Even with that information in mind it was nice to see what was still a very palatable selling price on a nice set with an average of $600 per figure.

Rocket-Firing Boba Fett L-Slot Prototype AFA 85 - $112,926 - auction listing
First off, I won’t infer that people were on some type of substance while bidding on this auction, as there are always outliers. I’m always excited to see things reach new heights as it means things are healthy in the hobby, but there was something almost off-putting about how the Rocket-Firing Fett auction ended, as unlike the last auction this was the more common unpainted L-Slot. 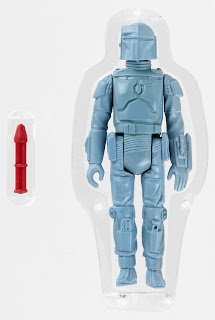 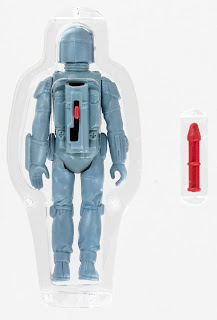 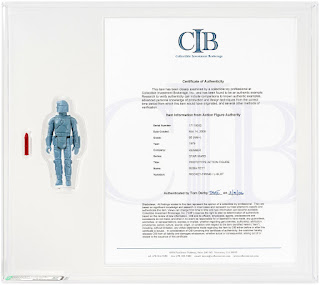 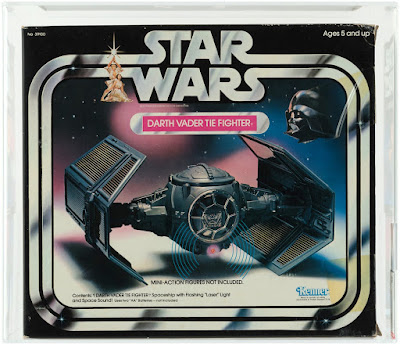 Both high grade examples went for well beyond estimates and stood out against the rest of the gallery of items.

On the inverse we did see a few good deals that night as well.

Anakin Skywalker Charcoal First Shot AFA 85 - $4,802 - auction listing
Although high end estimates on this piece were in the 5-figure range, this example of a Charcoal First Shot Anakin Skywalker failed to break the $5K mark with a modest selling price of $4,802. Anyone looking for a great deal on a first shot, well you just missed an opportunity…  Given $7K+ selling prices for the more common first shots in the past year, it’s difficult to see why this example didn’t pull in a better price. 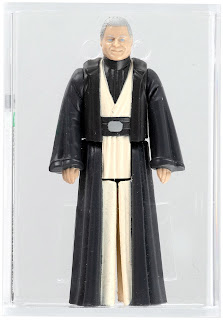 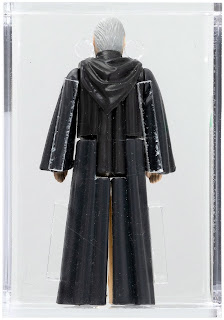 That’s it for this time, but we’ll have more updates on the market and other topics coming soon.