More than a decade ago, Star Wars / C-3PO focus collector Bill Cable was lucky enough to find a nice lot of Lucasfilm licensing slicks from the ESB and ROTJ eras, which he published here.

These slicks were part of the many paperworks internally produced at Lucasfilm licensing for distribution to licensees in order to design, market, promote, or advertise their products. These individual black& white slicks may not be as gorgeous as other toy packaging (eg. cromalins, proof cards, or even photo-art...), but they portrayed major characters from the movies, and some of them may actually look very familiar because they were used, or widely used by various licensees.

It's always interesting to see material provided by Lucasfilm to licensees, and how it was used to design packaging for marketed products and/or advertising. But it's even more interesting when it comes to the same material used by foreign licensees, as it happened with the French MECCANO licensee on the toys/games product range.

When I saw Bill's website, those artworks were instantly reminiscent of advertising in my memory of a child who grew up in France in the 1970-80s. I took a closer look and tried to match them; THREE of them were a perfect match in children/youth French magazine PIF Gadget and the Palmito cookies vacuformed plastic cards premium. 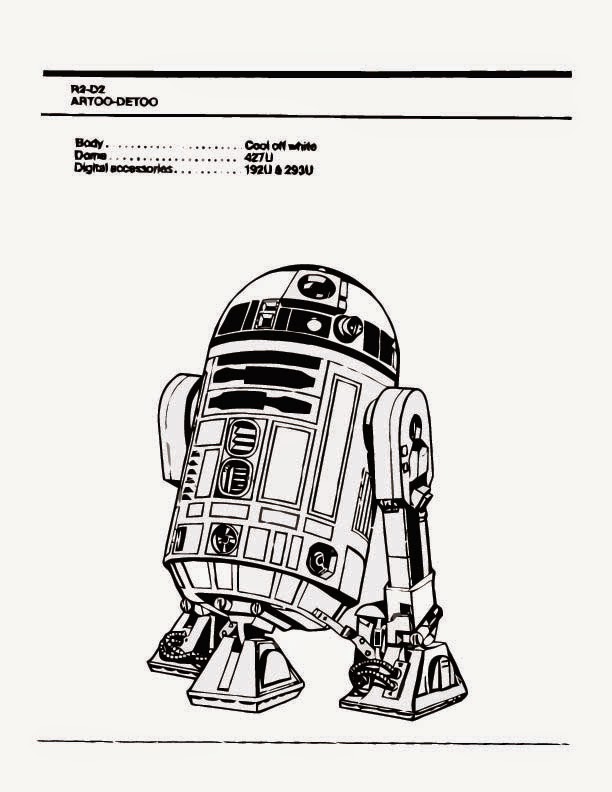 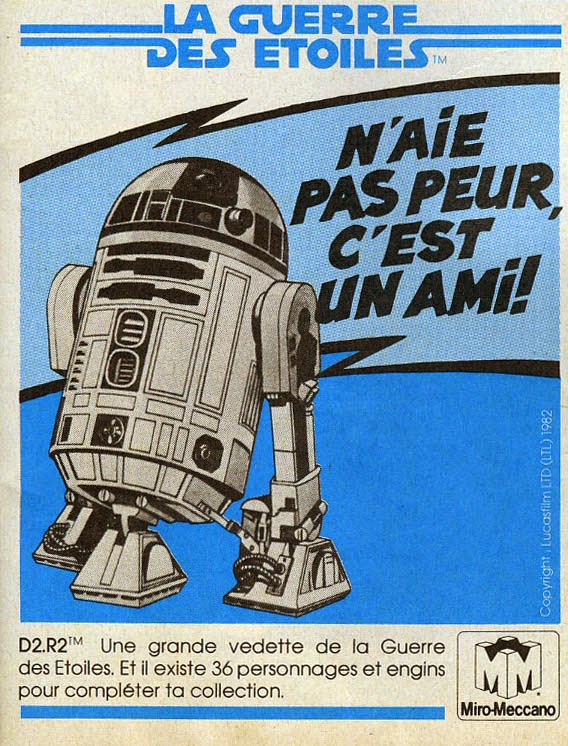 The R2 slick was used on the famous PIF Gadget 'blue ads' series from the ESB era - a quarter of page insert depicting a major character/vehicle and promoting the 36-action figures available.

The Han Solo Hoth gear slick was also used on both PIF Gadget ads and Palmito cookies plastic cards. However, you'll notice that the face/bust drawing were altered to make it more 'aggressive' and that it was used with the 'LUC' (French for Luke) name instead of Han. 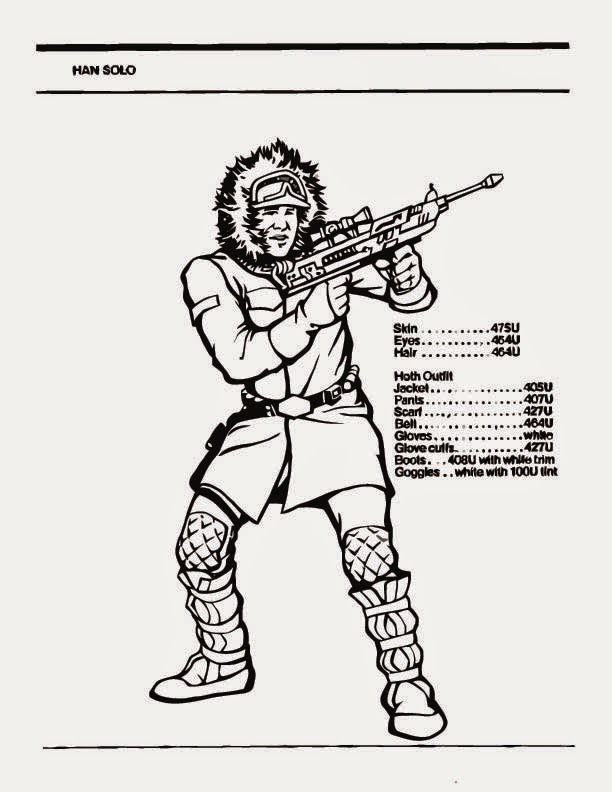 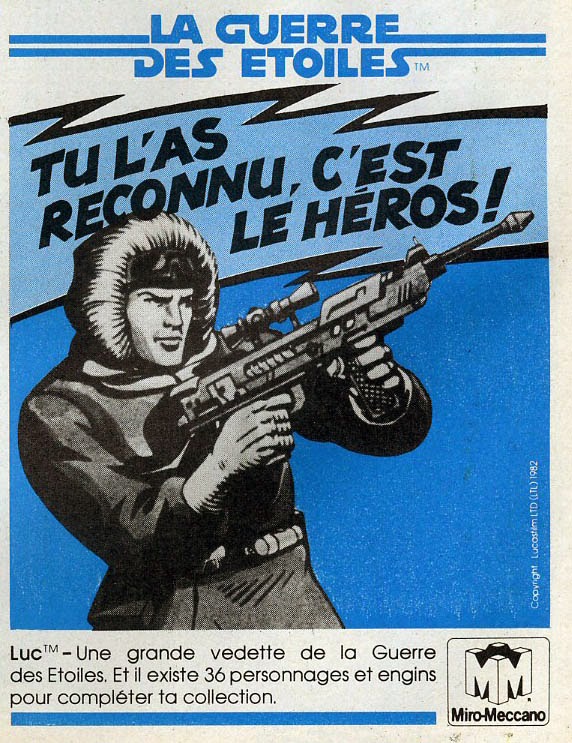 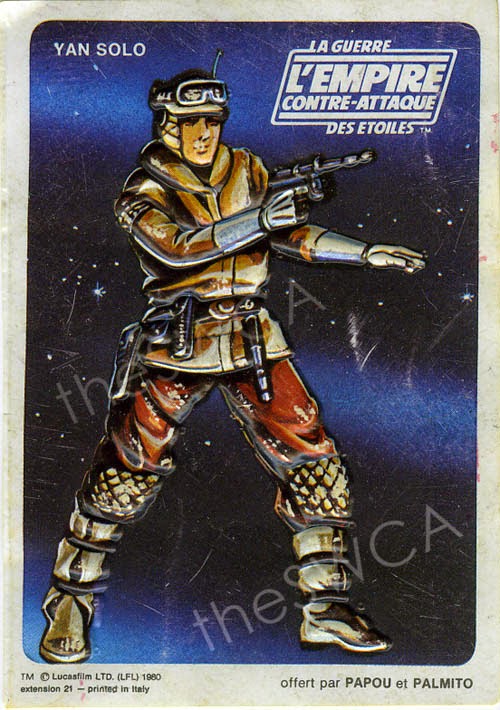 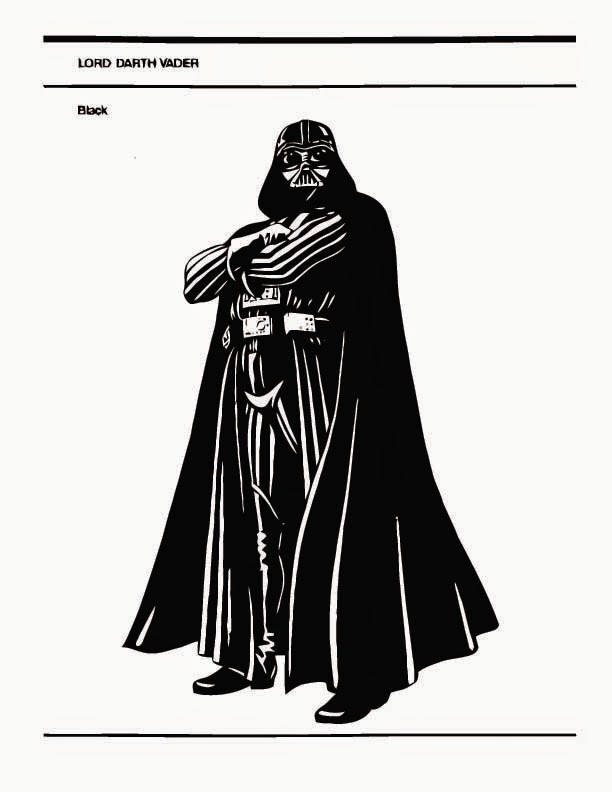 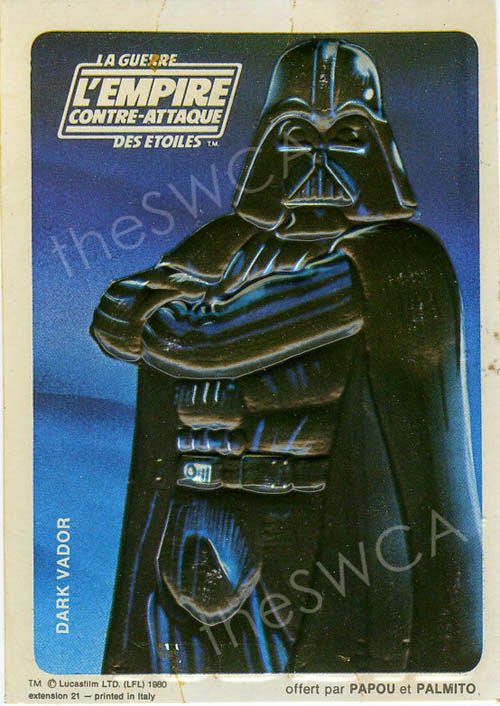 There is one more interesting thing to assume based on these connections, which confirms Bill's theory of probably more licensing slicks available back then: many artworks used on Meccano PIF Gadget 'blue-ads' series and Palmito cookie cards, are missing from Bill's find.