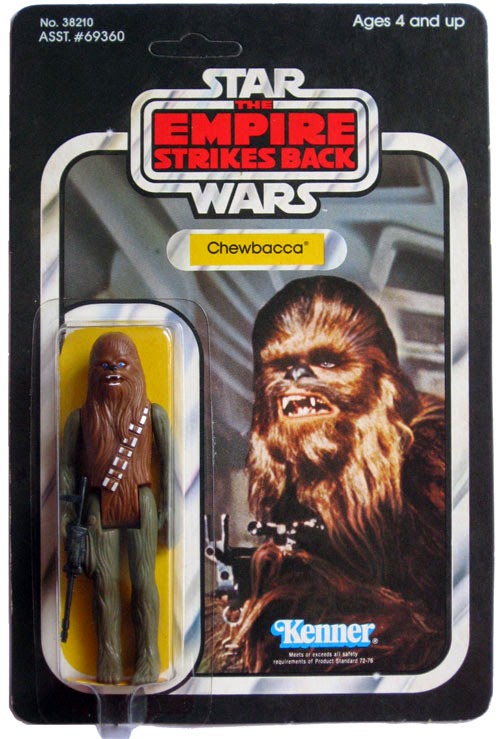 Assembling a full set of carded figures on the same particular range/logo is quite a goal for many collectors, not only Star Wars related, and quite a challenge on its own.

Although I hadn't set any goals for the year 2014, I consider it to be a true accomplishment for my collection.

The 'trigger' and the path to assemble this set were pretty much the same as for any collector: when I started to collect carded figures, I used to buy any character I didn't own on any cardback that was available within my remaining budget.

Half-way to a full carded set, my collection was heterogeneous and I decided to focus on French Meccano and Trilogo figures (well, you know that story), and ESB figures from the American Kenner line (which I quickly focused to offerless - that is cardbacks without any promotional offers printed or stickered onto them).

The ESB Offerless line is my favorite - it combines the terrific display of a full picture with the logo from the all-time fan favorite Star Wars movie.

It also gives the opportunity (or difficulty) to assemble a full ESB set of figures, while focusing on a particular offer will restrict the number of characters since they were not all produced for each offer.

Although the Star Wars line counted 48 different figures by the end of the ESB line, a full ESB set with figure variants (eg. Lando w/ no teeth, Luke blonde/brown hair...) reaches a 55 figures count, plus one if offerless 4-LOM included (an offerless, but Australian release).

For the fun of collecting, some characters are a real challenge to unearth, like regular R2-D2, Luke Hoth, Tie Fighter Pilot, and the famous R5-D4 droid, on 31-back card. The usual heroes (Darth Vader, Boba Fett...) are not quite challenging, but always command a premium price, especially on Luke blonde/brown hair and Han small/large heads.

Last but not least, for some reason, some characters are quite challenging to find in decent condition, like Lando, Lobot, or AT-AT Commander...

Collecting is also a matter of luck - I happened to buy R5-D4 -the most challenging one- for a 'bargain' from a low profile U.S. seller eBay auction back in 2008, which resulted in careful competition.

You've probably guessed that my favourite ESB offerless card is of course Chewbacca, because it's a favourite action figure from my childhood, but also because it is the rare 'green limbs' variant :-) 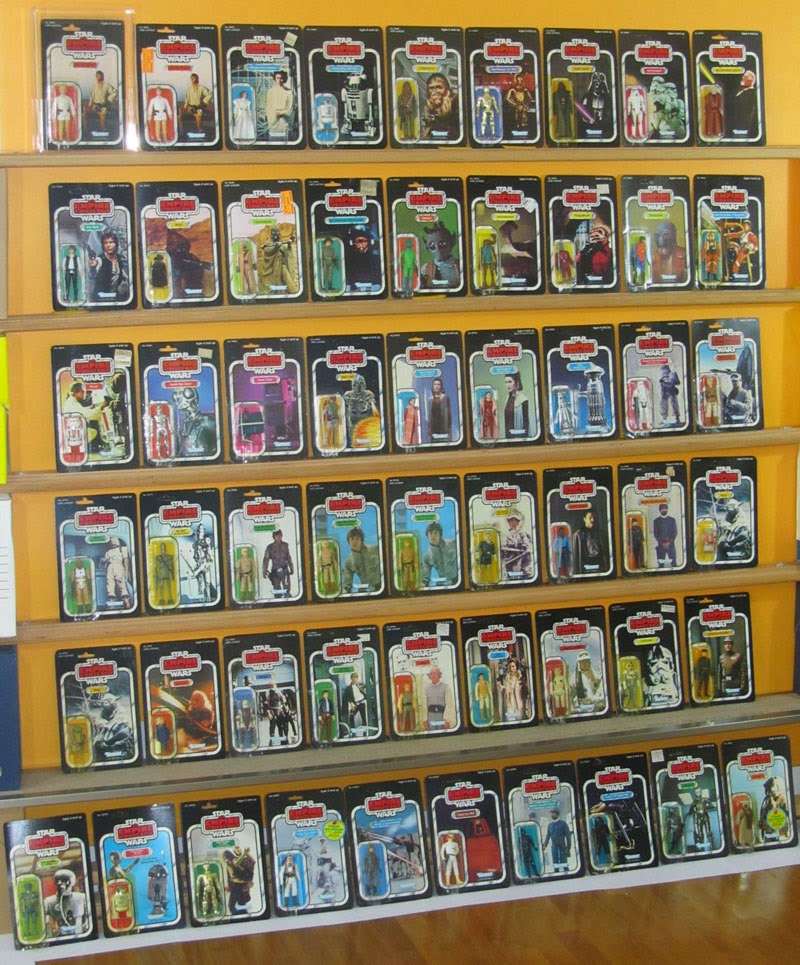