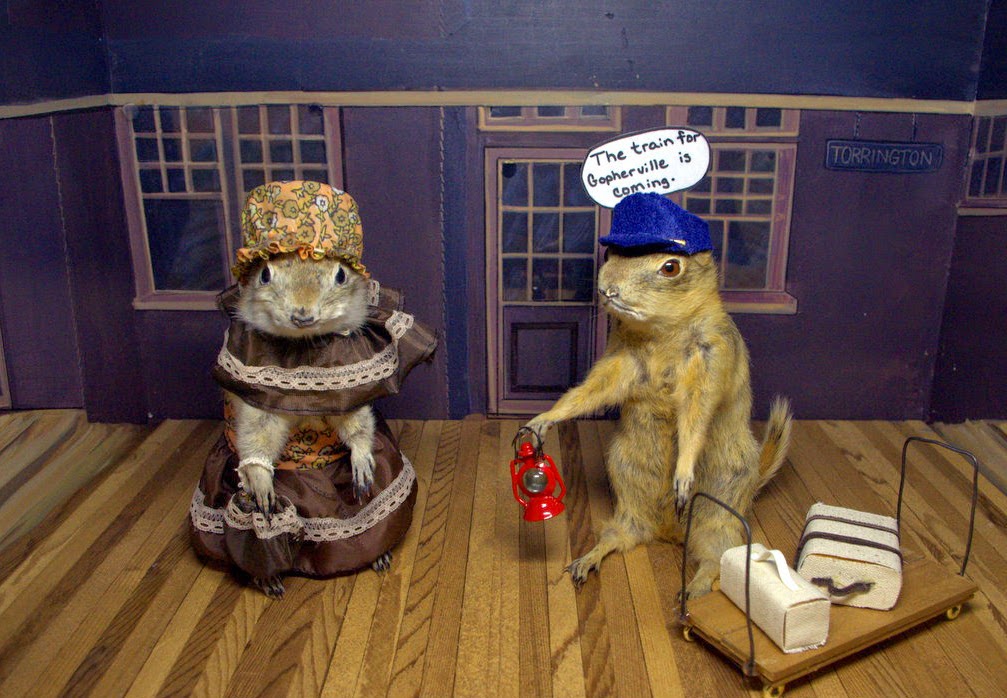 In 2009, I traveled to Canada to attend Shane Turgeon's Edmonton Collectible Toy and Comic Show.

Afterwards, Gus Lopez, Alyssa Loney, Elling Haug, Chris Georgoulias, and I drove around the region, stopping to ski, visit a museum dedicated to stuffed gophers (yes, stuffed gophers), and have fun at the expense of Star Trek.

I recorded a lot of the trip using a Flip video camera, then put together this little movie. I thought I'd share it on this blog. I apologize for the stuttery playback; hopefully it's not too bad. This version has been edited to remove the (mildly) inappropriate content that was present in the original (there may have been a collector who mooned the camera, but I will neither confirm or deny this rumor); however, a cuss word or two remains. So be advised if you're sensitive to that sort of thing.

Trivia: It was during this trip that the cereal box parodies given away at one of the Celebrations were discussed for the first time.

If you're curious about the documentary featured in the video, it's called "Pegwarmers." It features Gus and Shane, and is focused on extreme fandom. It's worth checking out. The catchy musical number is from the film's premier.