The Ballad of Walter Stuben

Contemporary Star Wars collectors often approach the hobby as though it started in the '90s. After all, that's when the people who had started buying Star Wars merch as kids reached adulthood and became formal collectors.

But there have been adult collectors since the '70s. Most of them are no longer active, but their efforts in the years immediately surrounding the release of the original movies are what laid the groundwork for all the nerdery that came afterwards.

I looked at first-wave collectors in this post, which examined some old collecting publications put out by TKRP. In that post I promised to devote some time to Walter Stuben, the king of '80s collectors. I intend to do that here. This post will spotlight some press-kit materials related to Stuben's 1984 appearance at Toy Fair in New York City. 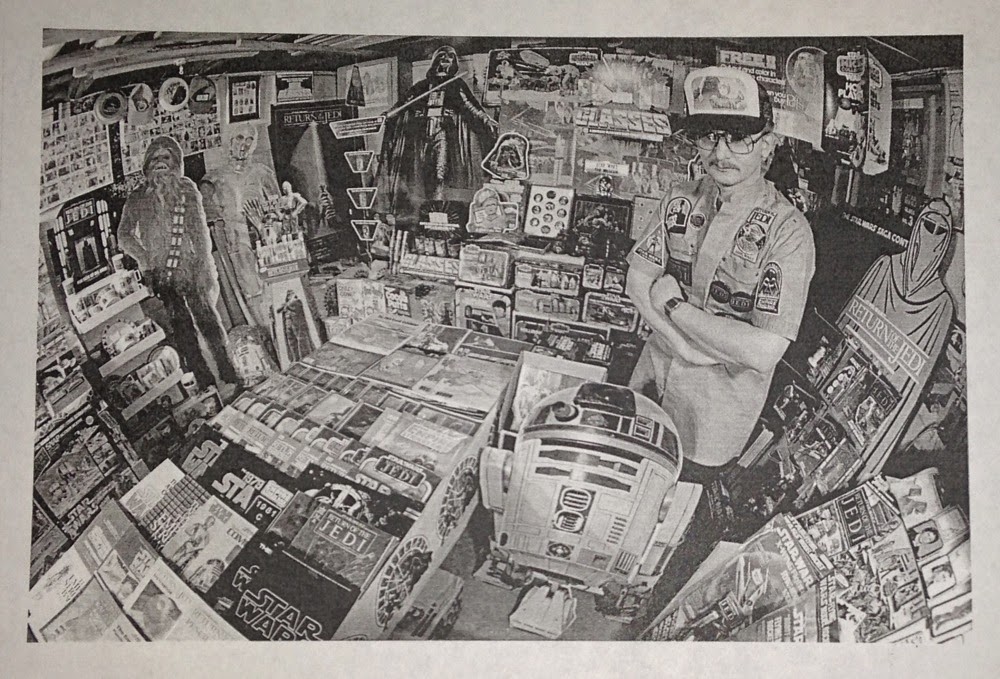 I first heard of Stuben from a first-wave collector who lived in my area. He referred to Stuben as the biggest and most famous collector of the '80s -- a sort of proto Steve Sansweet. (Of course, the real Steve Sansweet was actively collecting throughout the '80s, though he hadn't yet captured the title of Collecting Big Kahuna.) He said he'd even been on television in a special segment that ran prior to an airing of Star Wars.

This piqued my interest, as did Stuben's ads in some old issues of TKRP Collector Connection that I happened to come across. How interesting, I thought, that no one in my collecting circle seemed aware of this guy. 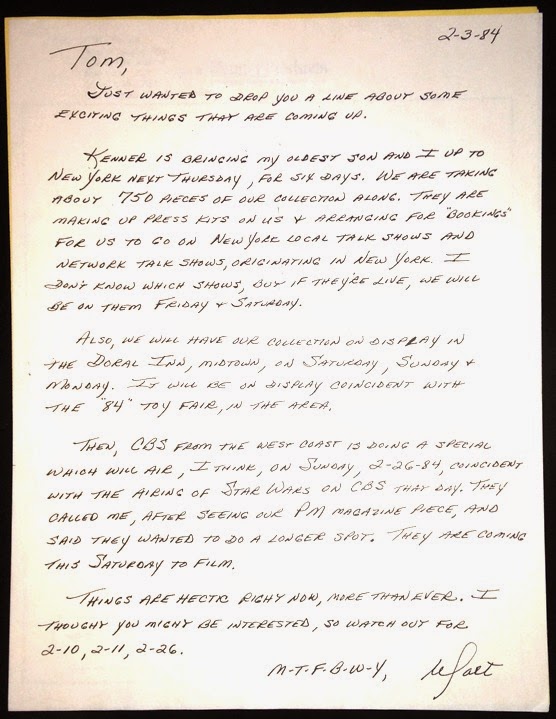 Fast-forward 10 or so years. Somehow I came into possession of a cache of material relating to Stuben; I believe it was assembled by Tom Kennedy of TKRP fame. It consists of photocopies of correspondence between Kennedy and Stuben, as well as documents pulled from what looks like a press-kit related to Stuben's appearance at Toy Fair. Above you see a letter that Stuben sent Kennedy regarding what must have been a whirlwind tour of NYC, one filled with media appearances and high-level collection showboating. 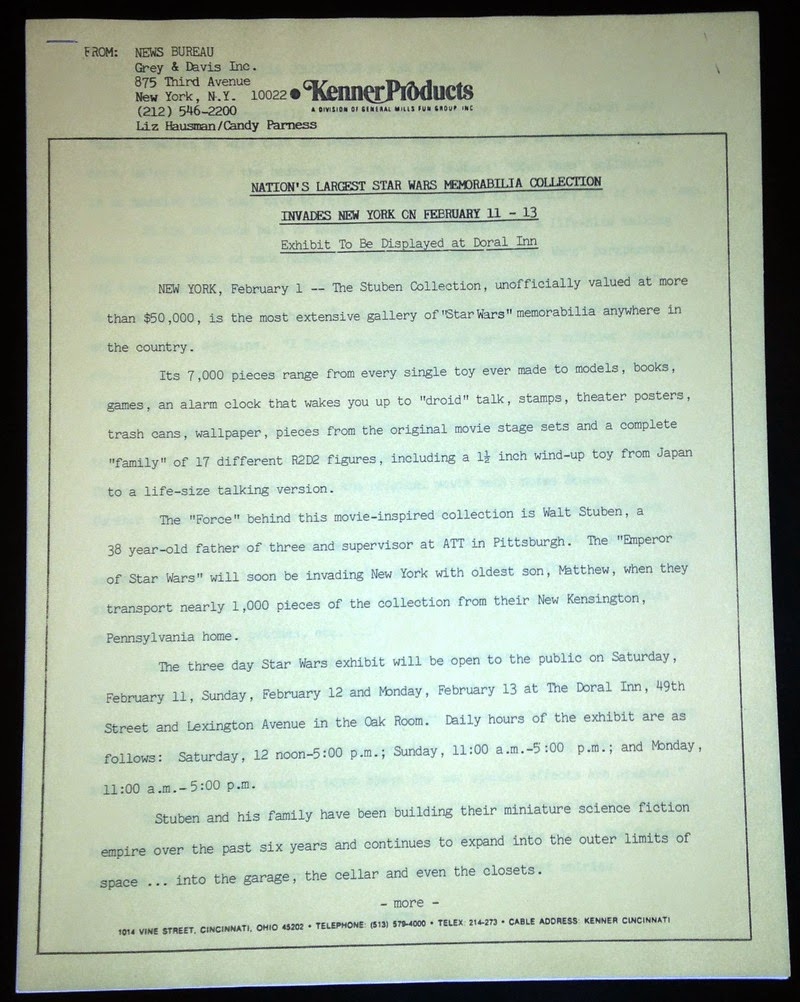 In 1984 Kenner decided to fold Stuben and his massive collection into their promotional plans. They brought him to New York for Toy Fair and helped bring media attention to his collecting activities.

It was a big year for Kenner. Star Wars movies were now a thing of the past, and the company had a lot of competition on the boys toys front, issues I discussed back here. Kenner must have seen Stuben as a means of keeping Star Wars -- and Kenner product -- in the public's view.

Above you see the first page of a press release from an advertising agency working on behalf of Kenner. 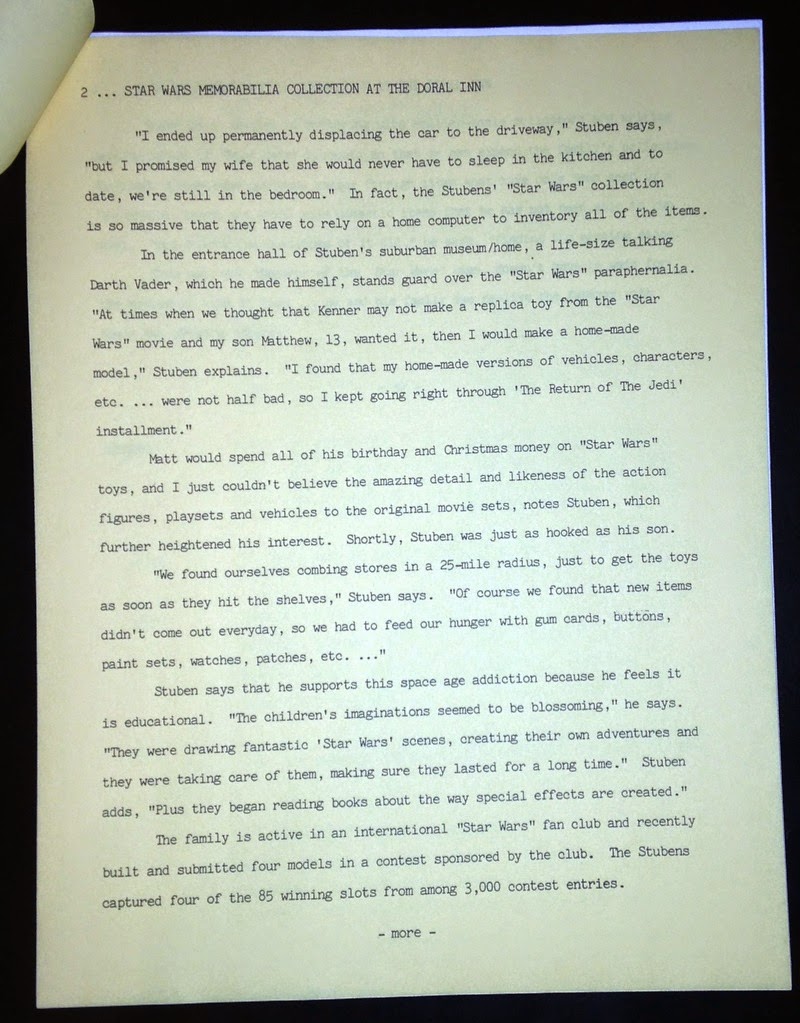 Here's a newspaper clipping. I like how it treats Stuben's claim that his collection represents an "investment" for his children as being somewhat dubious. 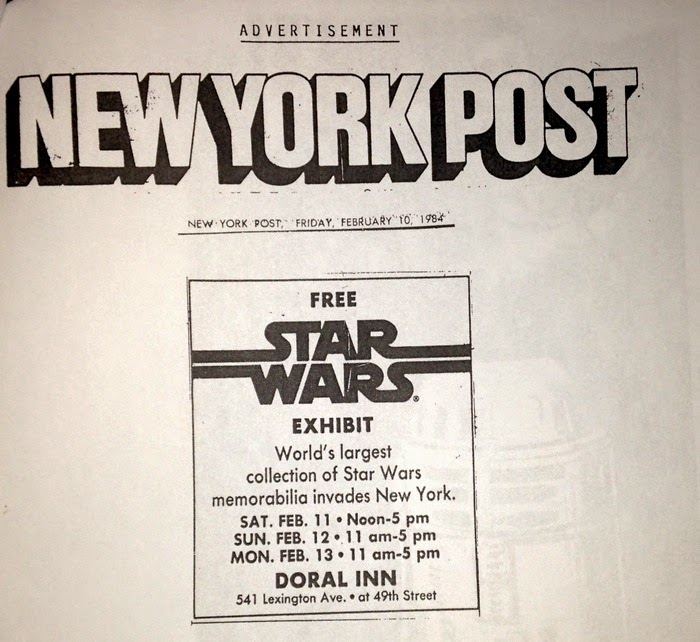 An ad for the Toy Fair exhibit from the New York Post. 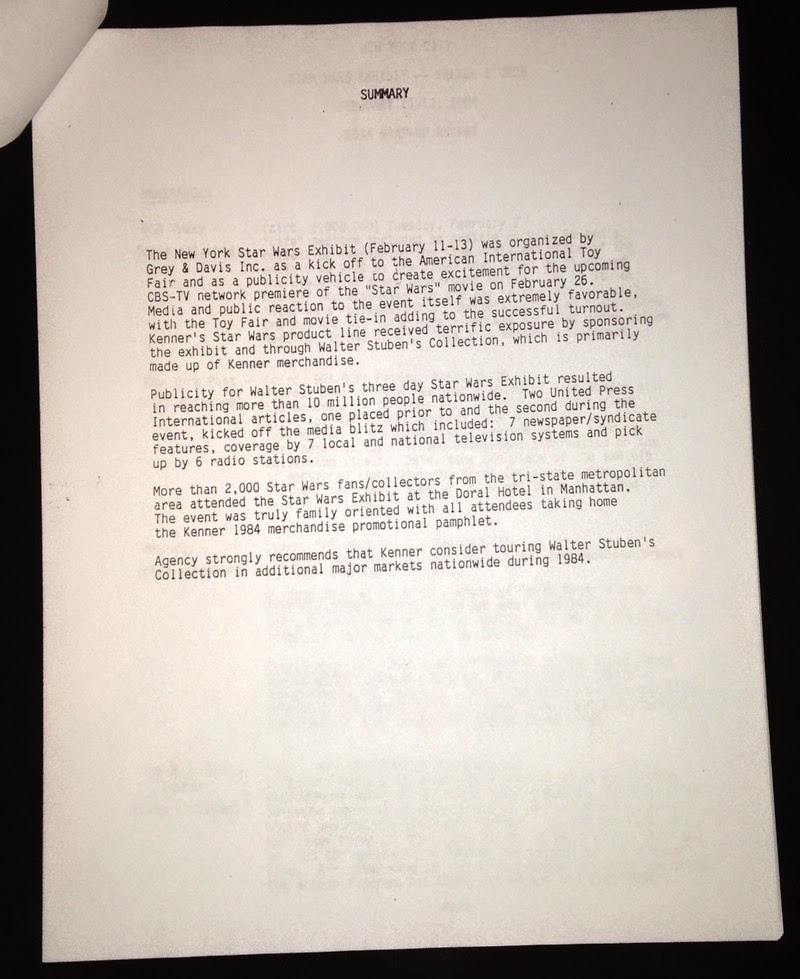 Finally, below are some images showing Stuben and his son tending to their exhibit, which took place over three days at the Doral Inn in Manhattan. They look like publicity stills that have been photocopied by the ad agency.

Hopefully none of the packages got dinged during the event. Today you wouldn't think of attempting something like this without first encasing all the good stuff in about seven layers of bulletproof acrylic. 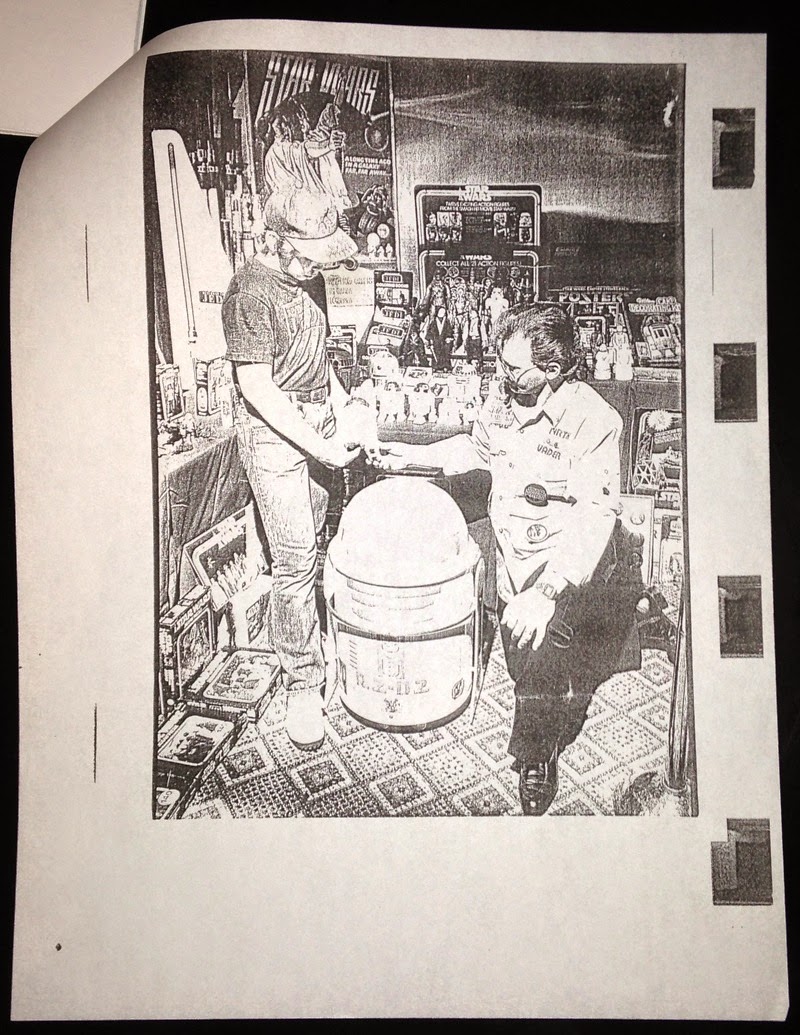 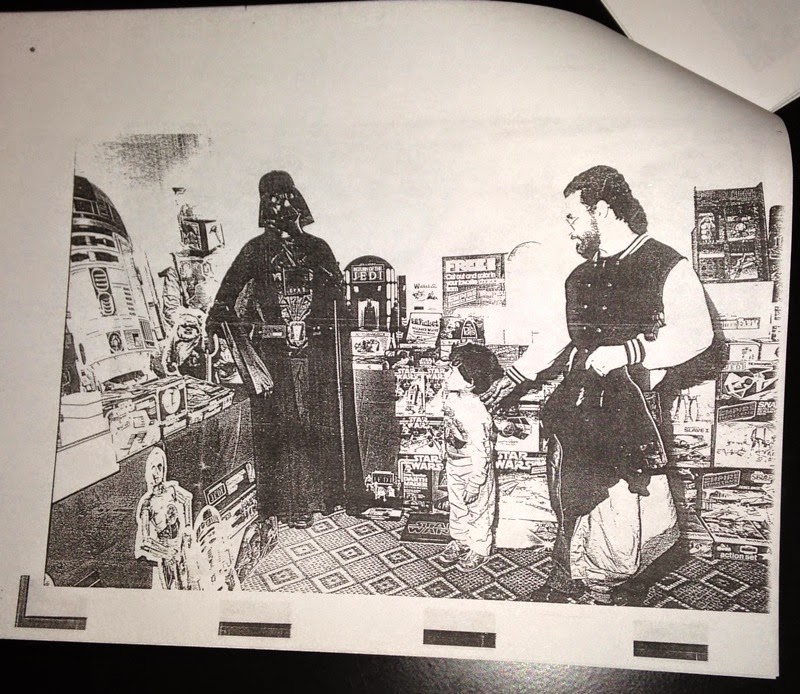 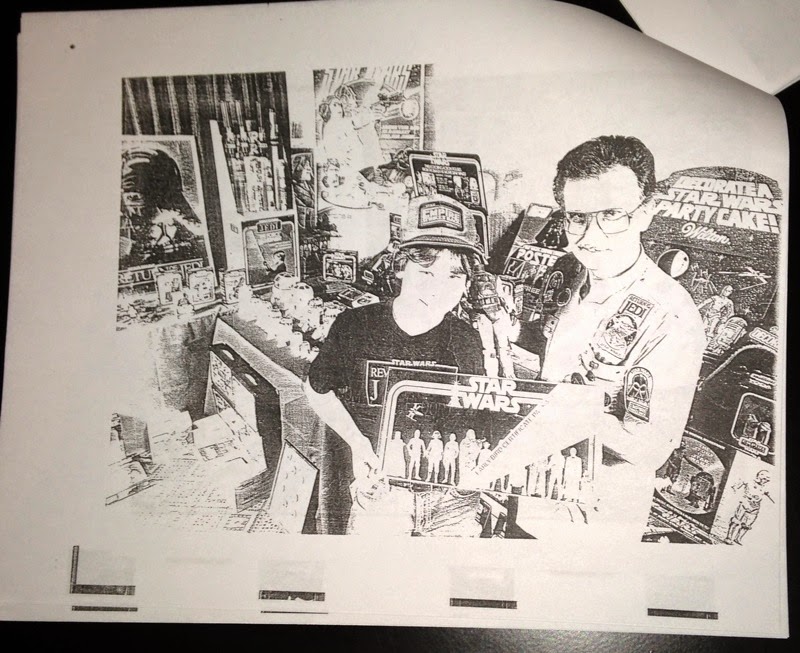 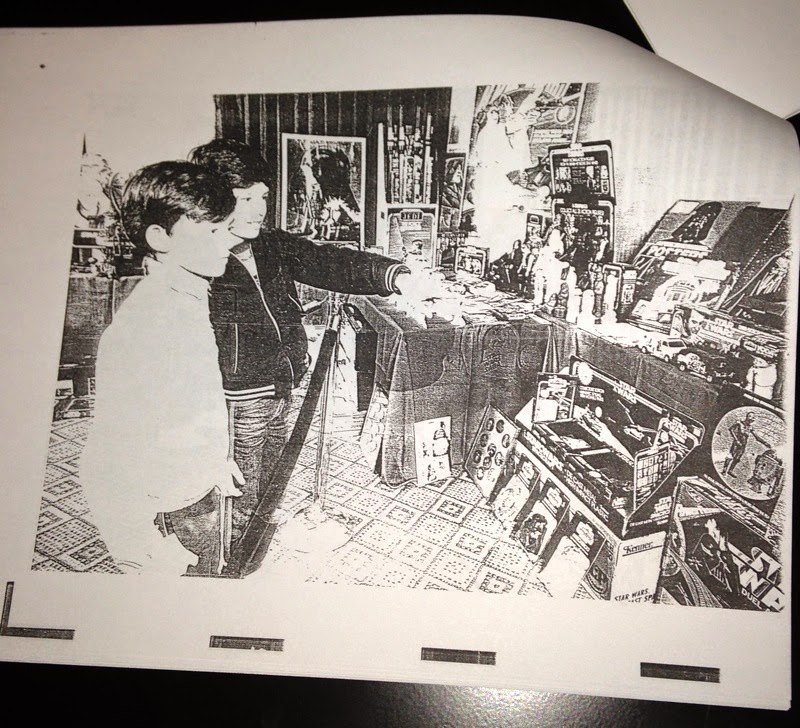 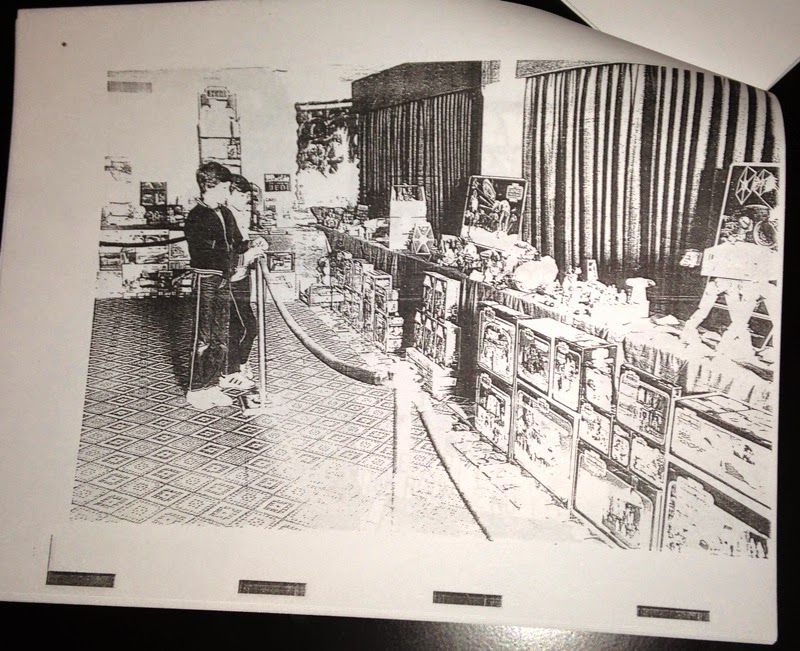 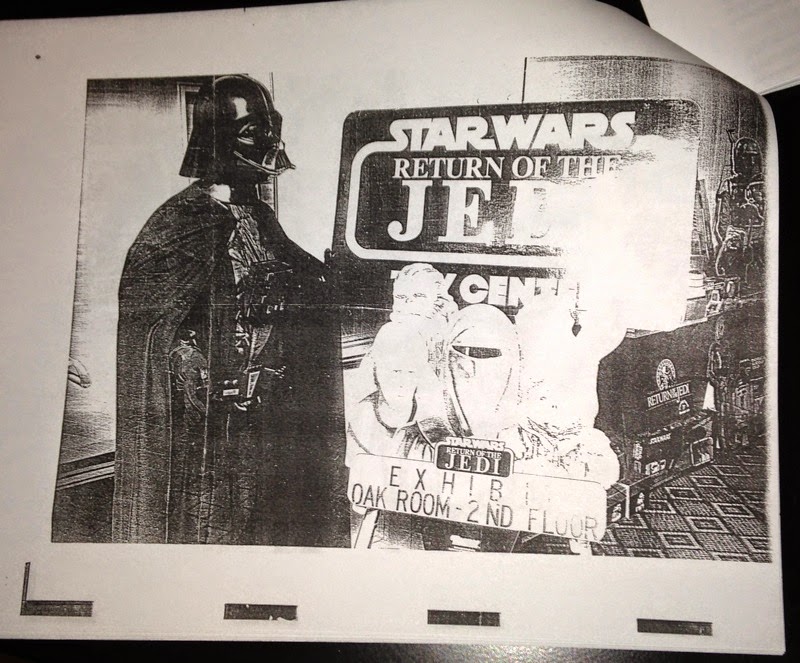 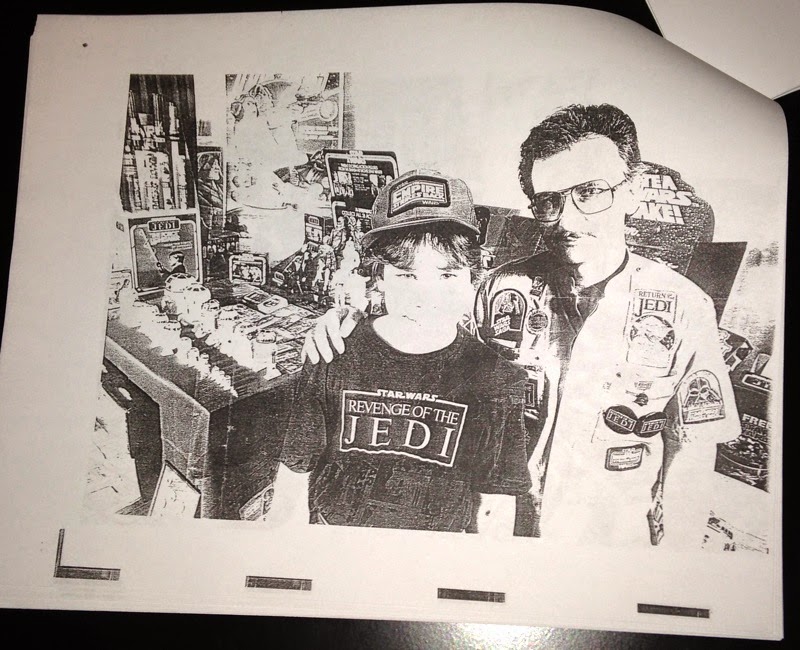 I hope you've enjoyed this look at a forgotten piece of Star Wars collecting history. If anyone has a video of the Stuben segment that aired before Star Wars in 1984, I'd love to see it!

1) When I was a kid my parents and I attended a New Year's Eve festival at Bear Mountain State Park in New York. During the festivities I recall hearing a PA announcement promoting the chance to see a collection of [drumroll] . . . every Kenner Star Wars toy ever released. Being an eight-year-old lover of Kenner Star Wars toys, I bothered my mother throughout the event. I simply had to see this! My mother is a crafty woman: She claimed I imagined the announcement. Anyway, as a kid I figured the collection was on site at Bear Mountain. But 12 or 13 years later, upon learning about Stuben and his Toy Fair exhibit, I developed the belief that the "collection" of the PA announcement was Stuben's show at the Doral Inn, which took place a little over a month after December 31, 1983.

2) In the late '90s I was selling some custom figures on eBay, and I was shocked to learn that one of my buyers was none other than Walter Stuben. He was tickled to learn that I knew of him, and we chatted for a bit via email. He told me he'd stopped collecting in an organized way, but that he still occasionally bought things that caught his interest. I put him touch with some old-school collectors with whom he'd fallen out of touch. He seemed like a really nice guy.
Posted by Ron at 1:43 PM