With the 36th anniversary of the Star Wars Holiday Special coming to pass yesterday, what better time to point out a couple of interesting related items in the Archive Database and elsewhere on the interwebs.

Funnily enough, a couple of toy concepts were in the works before the train went off the rails, namely a set of prototype action figures representing Chewbacca's family and potentially, Boba Fett's Sea Serpent.

Lumpawarrump's facial expression is appropriately creepy. I'd imagine he'd be equipped with a small X-wing toy as an accessory, while Chewie would be draped in a crimson choir gown, Malla would be adorned with a kitchen apron, and Itchy with a disturbing virtual reality "movie" viewing device.

We've discussed this set of sketches on the podcast before (Episode 34 from November 2012). It's a pretty nifty design, but I imagine a toy version from 1979 wouldn't deliver the same effect.

Tommy also recently posted a November 11, 1978 preview article for the special at The Newsstand. The article weirdly refers to one of Harvey Korman's characters and C-3PO as "Dromboids" -- a term I had never come across before. 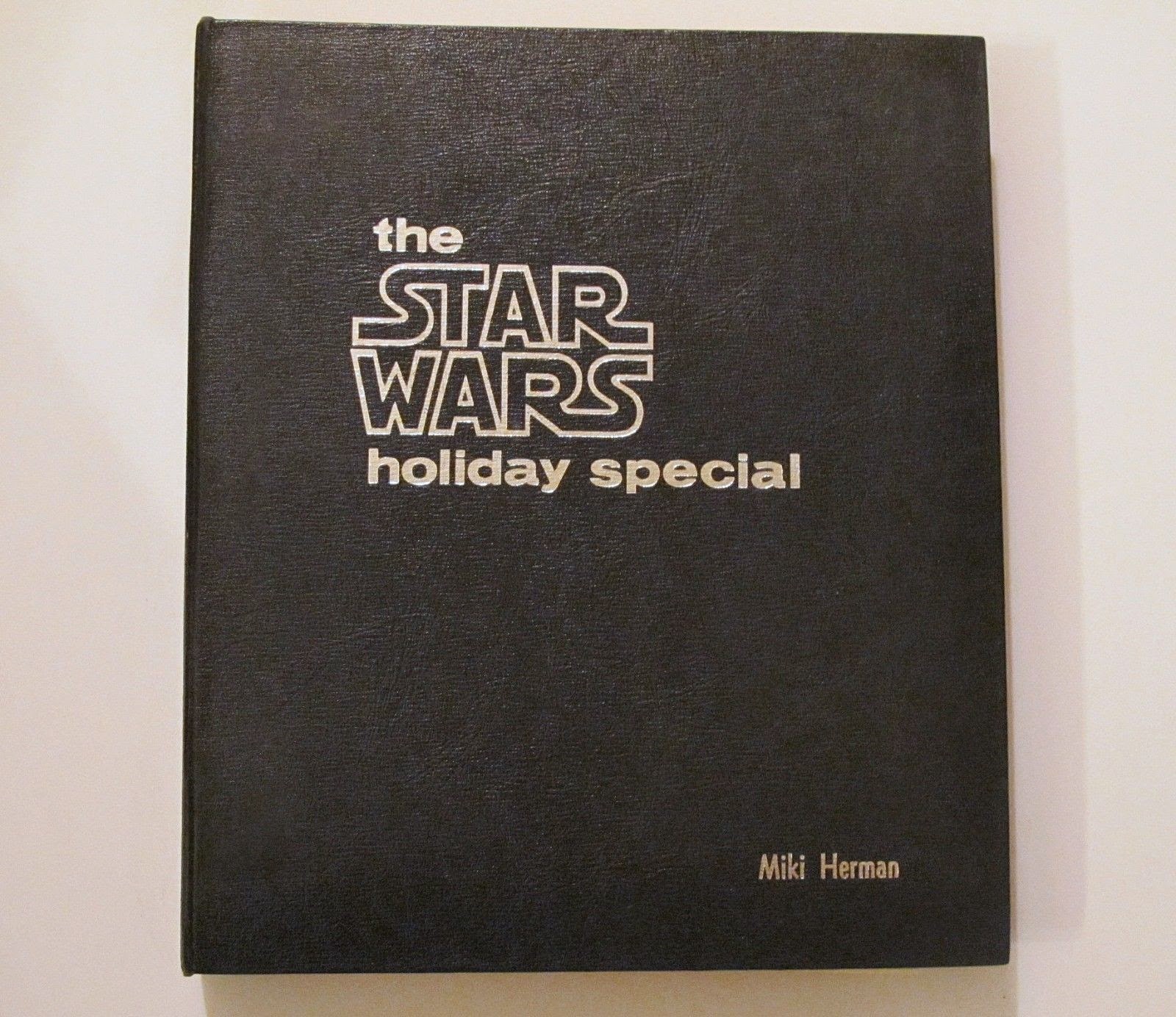 Also, an intriguing auction on eBay for Miki Herman's script for the special recently topped at out at 29 bids and an unmet reserve price of $2,225. Should be interesting to see how the sale of that item pans out.

Lastly, if you haven't had a chance to listen to last year's Holiday Special 35th Anniversary podcast put together by our friends at Galaxy of Toys, it's a must.