By now you have likely heard of the Disney Star Wars pin trading program that will be held at Celebration in Anaheim next year. Star Wars collectors are not new to the concept of pin trading. In fact, they have been trading pins at the past few Star Wars Celebrations.

Collector pin trading could be seen as having its roots at Celebration IV in 2007. The show celebrated the past with the 30th anniversary of Star Wars and the transition from a promotional convention for Star Wars movies to a true fan celebration began. Collectors gave away items such as business cards and a few sparse pins. 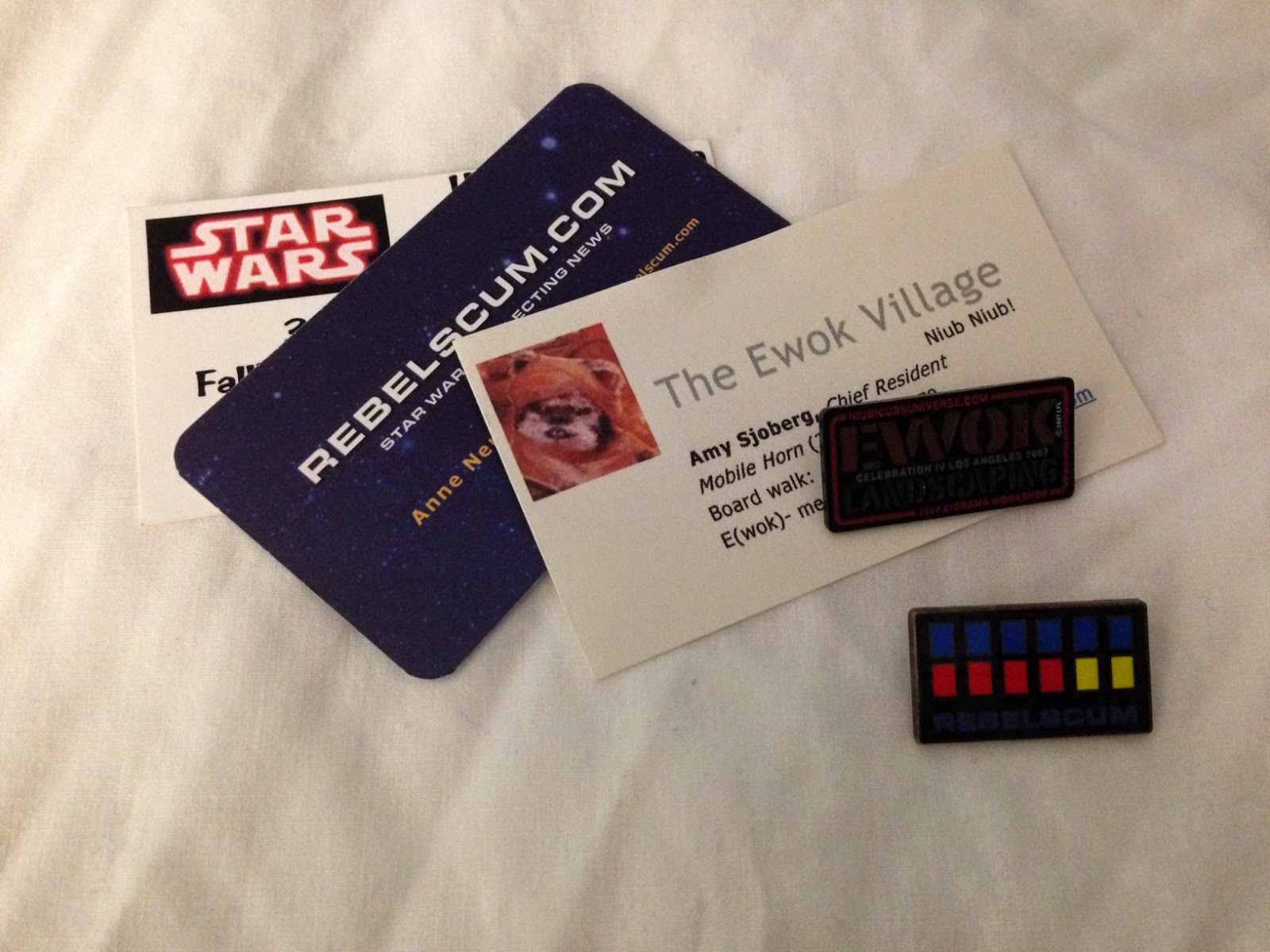 Button trading grew exponentially by Celebration V in 2010 with businesses, clubs, and collectors handing out pins. There were enough buttons available to fill a lanyard. 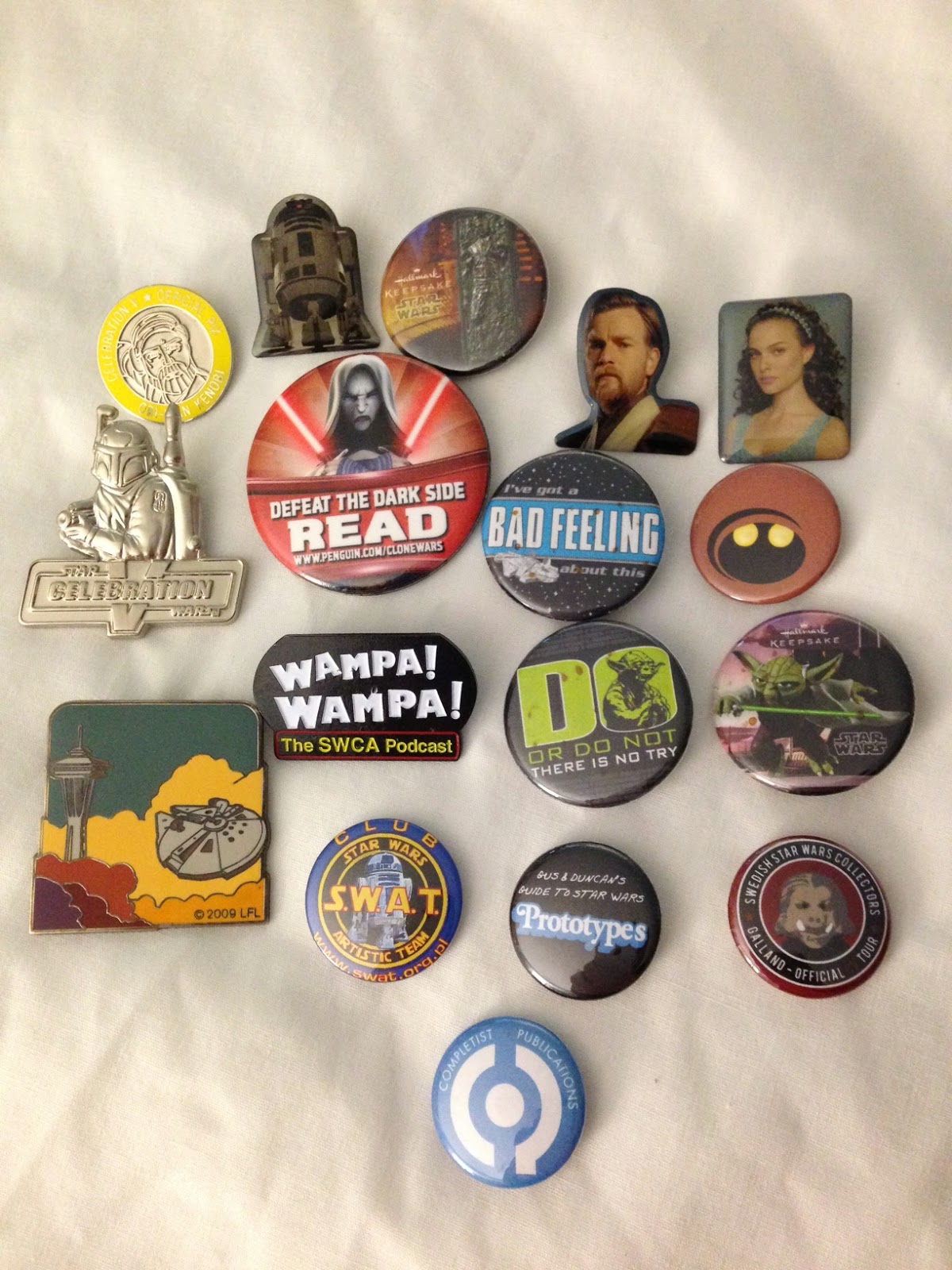 When Celebration VI rolled around in 2012, it seemed that buttons and pins had replaced collector business cards entirely. Before the convention even began, collectors compiled giveaway lists. This thread on Rebelscum was a way to track the items being made and even influenced others to join in the collecting free for all. Button trading had evolved into a way for collectors to recognize one another by what they collected and where they were from. Some pins were puns and others showcased the design talent of collectors. 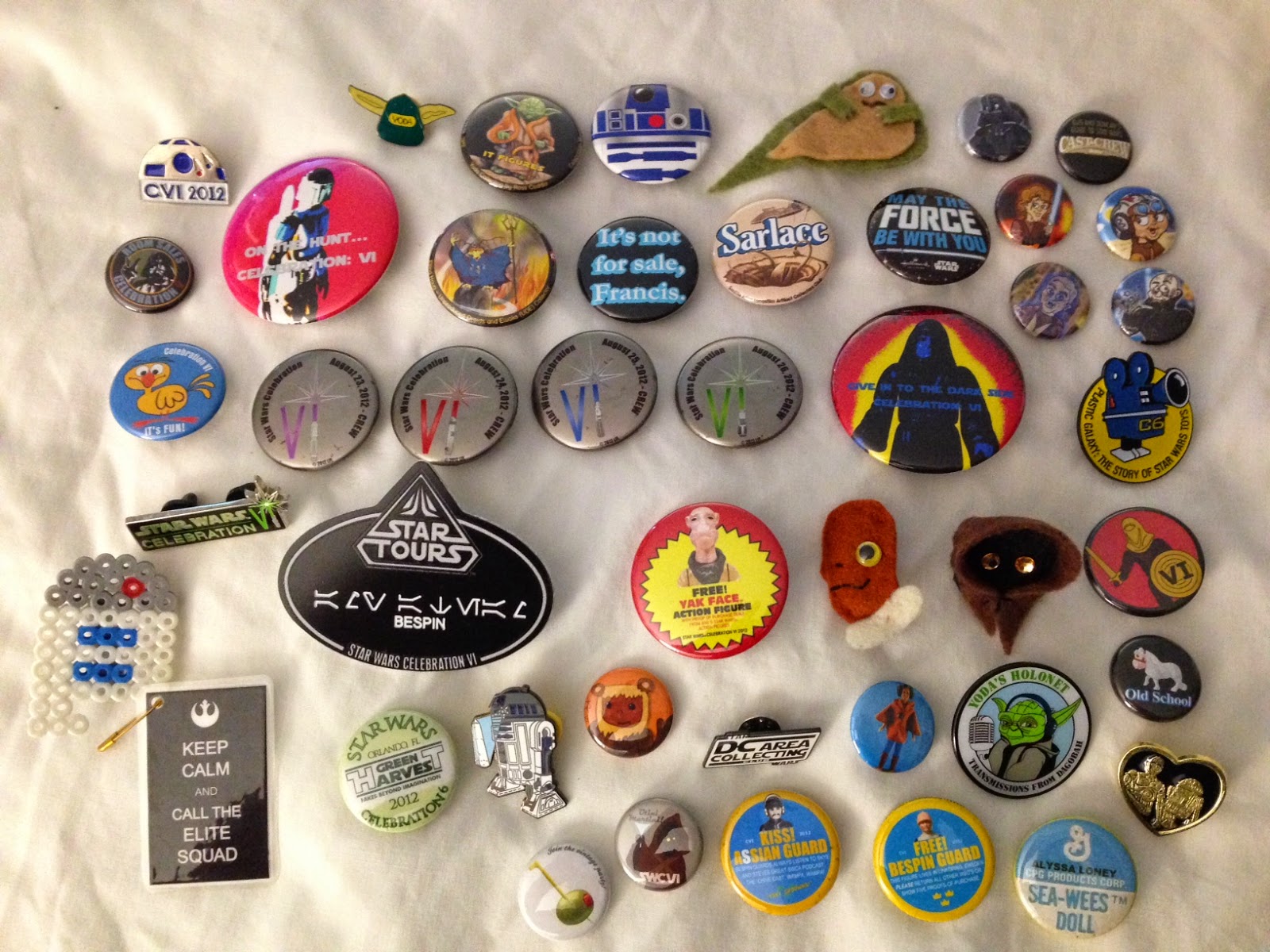 At the Celebration VI Archive Party held by the 'Chive Cast, there were so many pins being traded that lanyard space was at a premium. Collectors had to either bring an extra lanyard or purchase one in the exhibit hall to display them all. The burden to necks was great but the desire to 'collect them all' outweighed the pain.

If you find yourself headed to Celebration in Anaheim next year, don't forget to pack and extra lanyard and a few buttons to trade.
Posted by Amy Sjoberg at 8:48 AM