NEW ACQUISITIONS: From Concept to Mold to Collectible

The Archive Database is back in business after an extended summer vacation (huge props to Chris N. and LoBarth for addressing the glitches). This first batch of new entries cover the breadth of the toy production process with items from throughout the history of the vintage line. 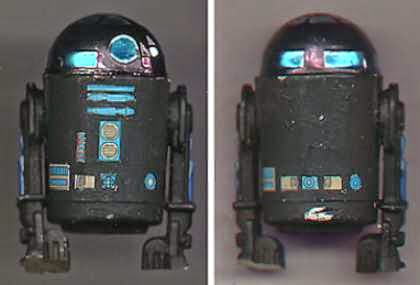 Little did the designers at Kenner know that the Imperial Troop Transport would become all the rage in an animated television series over 35 years later. While the "ITT" has endured, this stumpy evil twin of R2-D2 that would have served as an exclusive pack-in when the toy was originally conceived ended up not making the cut. 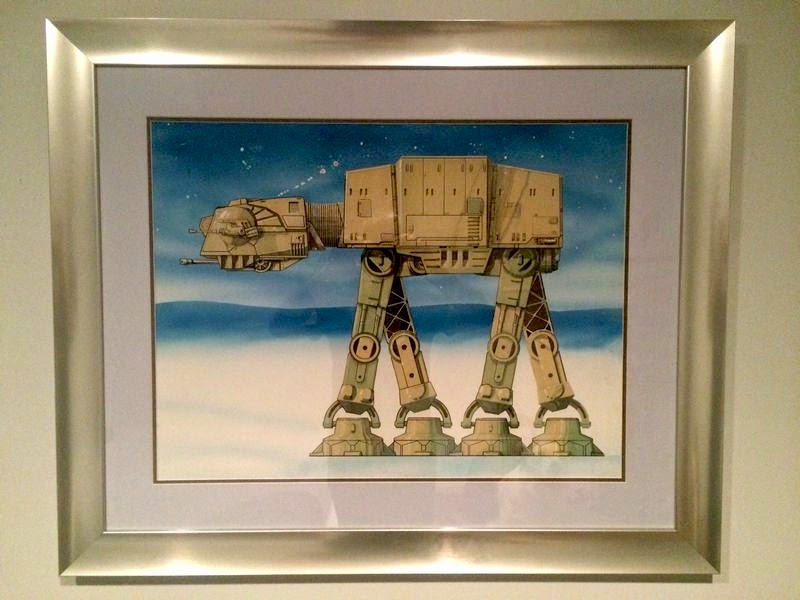 Recently revealed on the 56th podcast by Chris Fawcett, this fully scaled concept painting of the All Terrain Armored Transport (apparently referred to by Kenner designers as the "Armored Dog" and pronounced @-@) is an impressive representation of a high-cost/high-reward product that went on to be come one of the most memorable toys from the line. The story behind the acquisition is great as well. 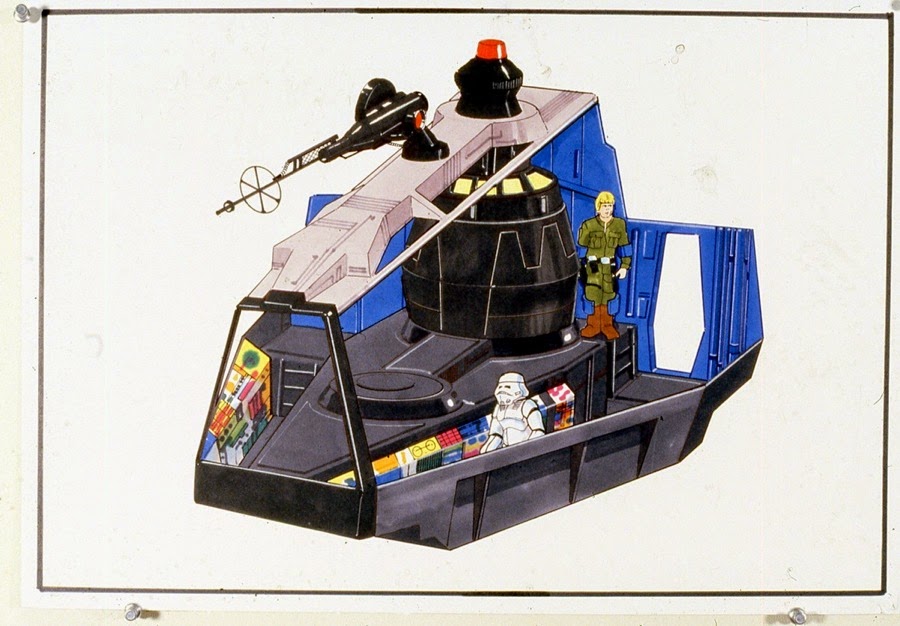 This scanned slide originally used at an internal Kenner presentation depicts a piece of concept art for Darth's recreational vehicle (complete with meditation chamber and "swiveling command podium"). It displays an overall similarity to the produced toy, with some peculiar differences. Wall shackles would definitely be much more comfortable (and practical) than hanging from the ceiling. 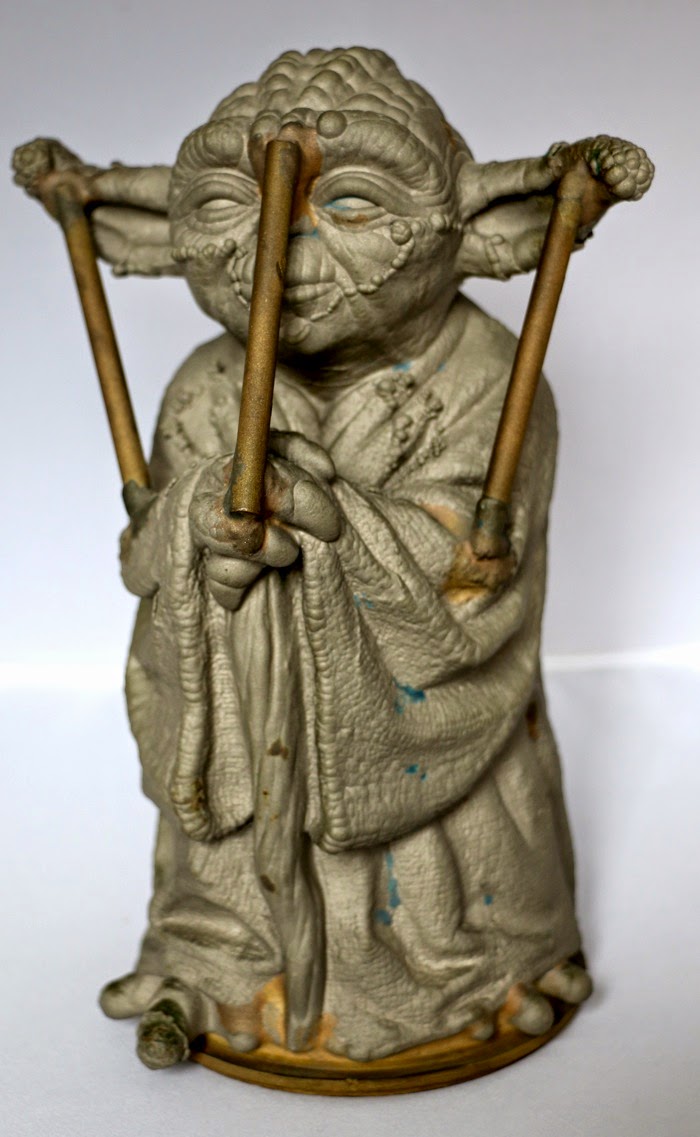 Manufacturing rotomolds such as this example for the Yoda Hand Puppet involved some pretty complex processes that are linked to in this entry. The supportive copper rods attached to the head and ears are particularly interesting. This piece has somewhat of a "Statue of Liberty" vibe to it, but maybe that's just me?

Be sure to check out the related pieces linked in the entry as well. There is way more documented pre-production material tied to vintage Yoda products than I had ever realized -- much of which can be found by navigating through database entries such as this one. 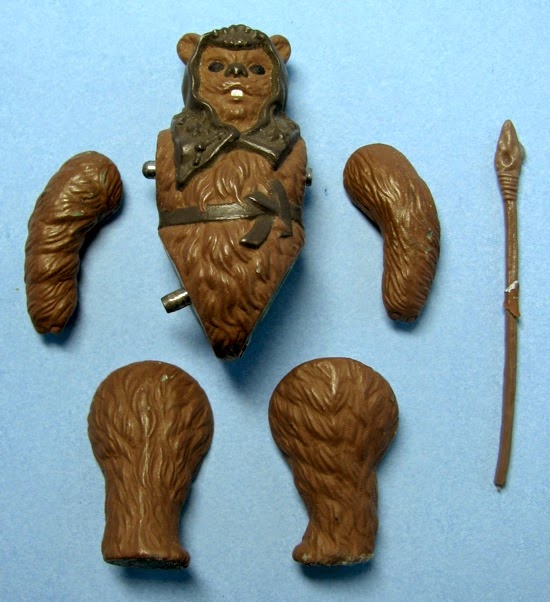 Painted Romba Hardcopy
From the collection of Broc Walker

It isn't too often that hardcopies are added to the Database these days. This painted Romba hardcopy from the Power of the Force line exhibits the common trait of coming from a "hardcopy-plus-cowl" combo mold (that may be a new collector term in and of itself). Be sure to check out the link within the entry to see some more Romba pre-production goodness, because who wouldn't want more Romba in their life? 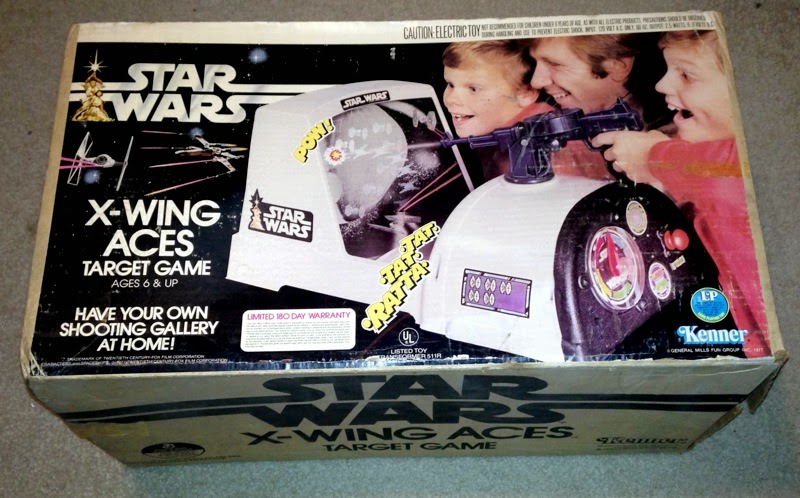 How many collectors actually had and played with the X-Wing Aces game back in the day? This is one of those 1977 items that must have fallen by the wayside once the action figure line came to market. This quality control sample of an already rare item has some interesting characteristics. 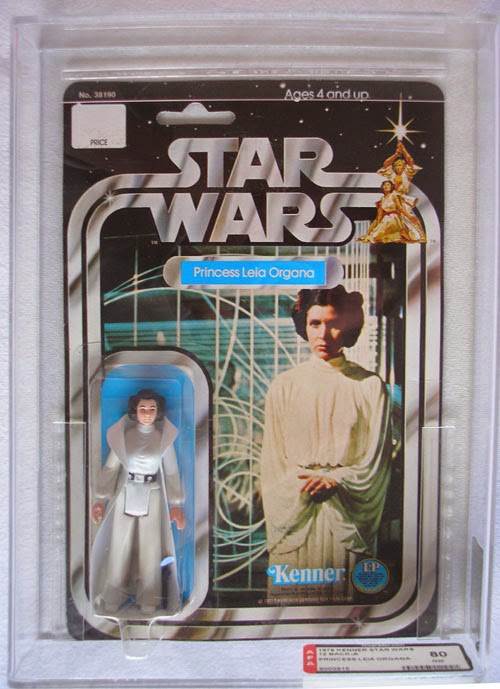 This carded Leia is desirable on several fronts. Beyond the character and Star Wars 12 back "A" debut cardback, it features a white cardboard "footer" beneath the figure in the bubble that, while seemingly inconsequential at first glance, has tremendous significance all its own. This is one of those finer variation details that will certainly catch the attention of carded figure collecting enthusiasts.

Some more freshly added entries:
All "New Acquisitions" can be accessed via the "What's New" section linked from the Site Menu on the SWCA homepage.

Posted by Stephen Danley at 9:30 AM