The Awesomeness of Ralph McQuarrie 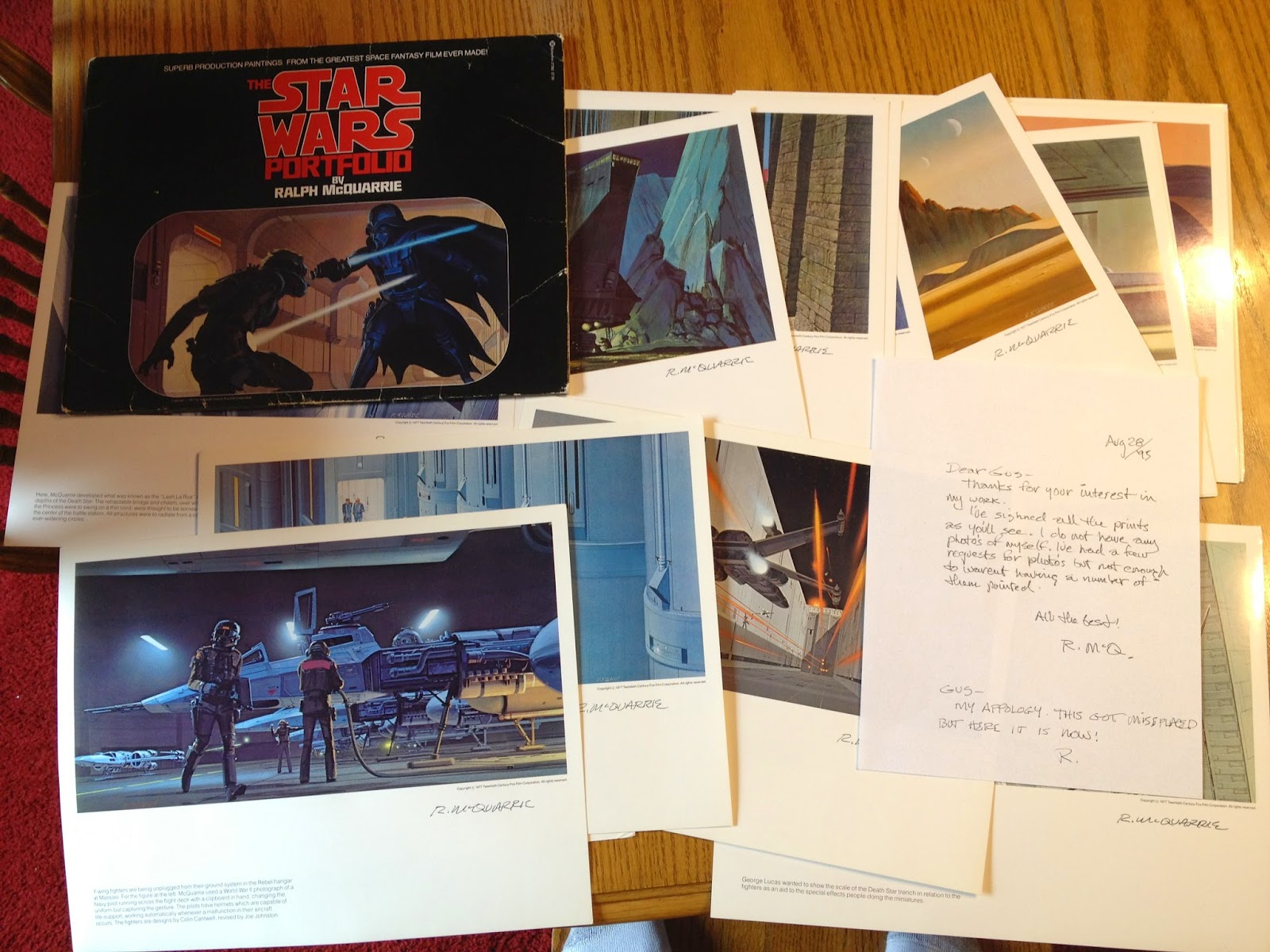 One of the first Star Wars collectibles I owned was the Star Wars Portfolio by Ralph McQuarrie. I remember being blown away by McQuarrie's spectacular imagery that enabled Lucas to convince Fox  to produce Star Wars and formed the characters, vehicles, weapons, and settings of this amazing universe that would take the public by storm. As most fans are aware, many of McQuarrie's concepts evolved during pre-production while still retaining many of his initial characteristics to create the Star Wars universe.

I kept my original Star Wars portfolio, along with all my Star Wars items from my youth, during those quiet years when little was happening with Star Wars. As I started to ramp up on Star Wars collecting in the early 1990's one of the first areas I pursued was autograph collecting. This was a time before the big Star Wars conventions and paid signings, and I wrote to many of the cast members and behind the scenes staff who made Star Wars possible.

I was able to obtain Ralph McQuarrie's address via a friend, so I unpacked my original portfolio from the late 1970's and mailed it off to him. My vision was to get McQuarrie to sign every print in the portfolio to eventually frame them as a set along with a signed photo of the artist. Realizing that this was probably a huge imposition, I also sent him a check for the trouble and for the postage costs back to mail back to me.

Several months had passed, and I thought the portfolio might have gotten lost, but then one day it arrived in the mail. I was surprised to find that Ralph had sent my check back, refusing to take any money for signing or for postage. He signed every print in the portfolio and wrote a nice letter. I didn't realize it at the time, but that moment was significant in my evolution as a Star Wars collector because it had bridged something I had owned as a kid with this newly found hobby I was learning about in 1990's. McQuarrie is a legend. And like other people who achieve such greatness, he was also generous and humble.
Posted by Unknown at 9:15 AM