As if Star Wars fans didn't have enough excitement this weekend, Revell, long-time friend of the SWCA Blog, has given us the go ahead to share this exclusive first look at their new Master Series product line! As you may recall from our article on Revell's original announcement of their new Star Wars lines, they promised that they'd soon have models with an even more extreme level of detail than their popular Snap Tite models, which are already detailed beautifully. We got a lot of feedback from collectors and fans about that article, much of which concerned questions about the Master Series line, but we weren't able to provide any real details on it until now.

The Master Series is designed for model Jedi Masters, who want to create something which honestly looks like it could be a prop model from ILM or a screen-grab from the film that's photoshopped onto a plastic base. They're awesome! Take a look! 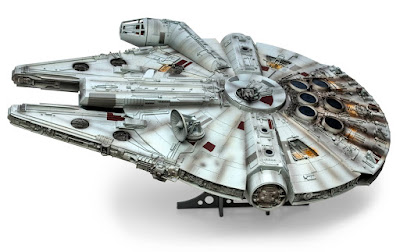 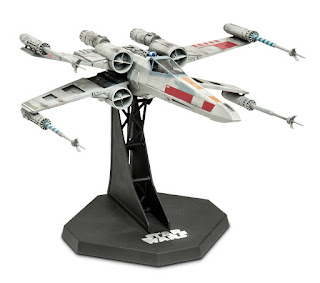 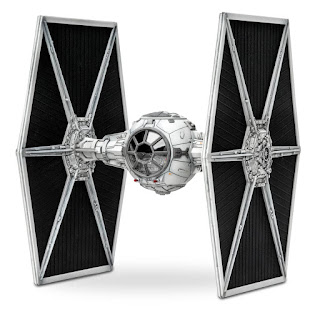 There's a TON of different Star Wars products hitting the shelves lately and it's easy to overlook stuff. But I think of all the licensees creating merchandise for the new films, Revell is the one doing it the best. They're releasing cool, fan-centered products with an old school feel. They're nice to collectors, listen to their feedback, and have something for every age and skill set. I have a lot of respect for that. Can't wait to see what else they have planned!

The Master Series™ Fine Molds™ advanced scale model kits featuring the iconic Star Wars Millennium Falcon™, X-wing Fighter™ and TIE Fighter ™  vehicles. The 1:48 and 1:72 scale, paint and glue kits feature piece counts up to 900, finished sizes up to 17-1/2” long x 12” wide, revised and color enhanced waterslide decals and a level of detail that might convince even Han Solo that he is going into battle in the real thing.

The line includes (click on the photos for full-size images): 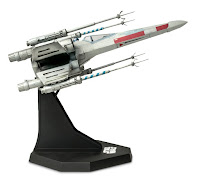 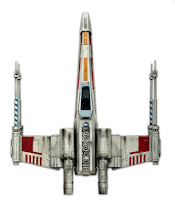 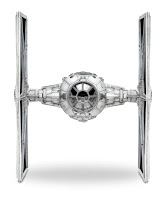 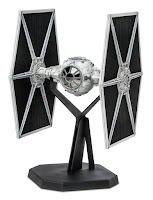 The Millennium Falcon is available at www.revell.com and in hobby stores immediately. The TIE Fighter and X-wing Fighter will be available from the same sources in December for pre-holiday purchase.

The three Master Series kits are the latest in a series of Star Wars vehicle model kits that have been released by Revell since September as a prelude to the December 18 premiere of “Star Wars: The Force Awakens” in movie theaters. The other nine kits are pre-decorated, snap-together models for beginner and intermediate builders.